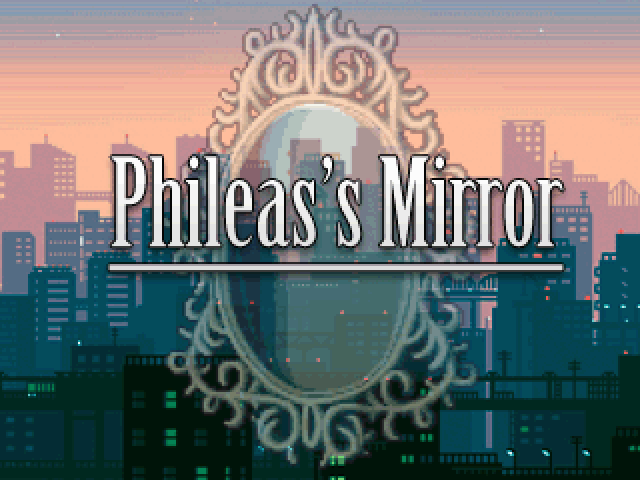 "Loic is a very normal young urbanite: a job, a girlfriend, a loan for his apartment, friends, ...
His life seems all mapped out.
However, he sometimes wonders if he is satisfied of all this.

It is in this circumstances that a strange character, Phileas, will come into his life and make him discover new perspectives on his daily routine."

I don't want to share more about the story.
I'll let you have the pleasure of discovery while playing.
.Information about the game

"Phileas's Mirror" is a rather short narrative game, with a voluntarily simple gameplay (exploration/mini-games/puzzle).

My goal is to tell a story which will be (I hope) nice to follow, through environments with many differents visual and sound atmospheres.
.Screenshots 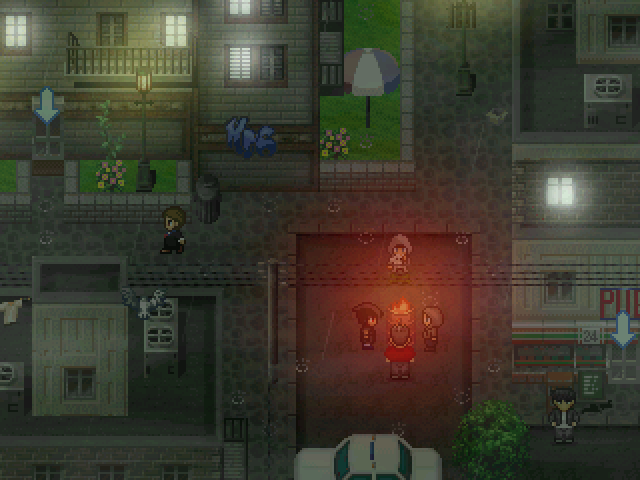 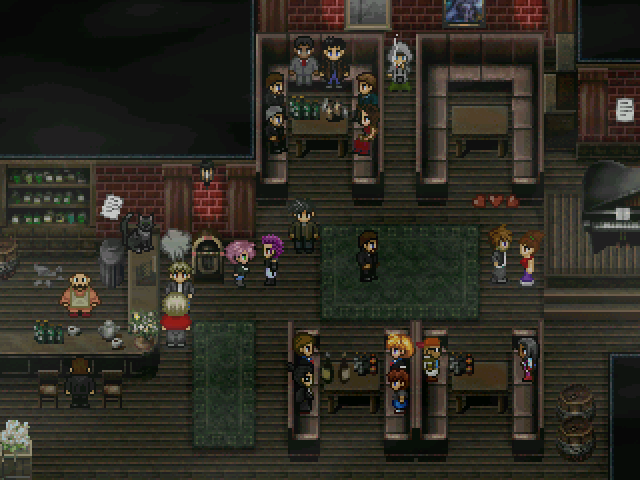 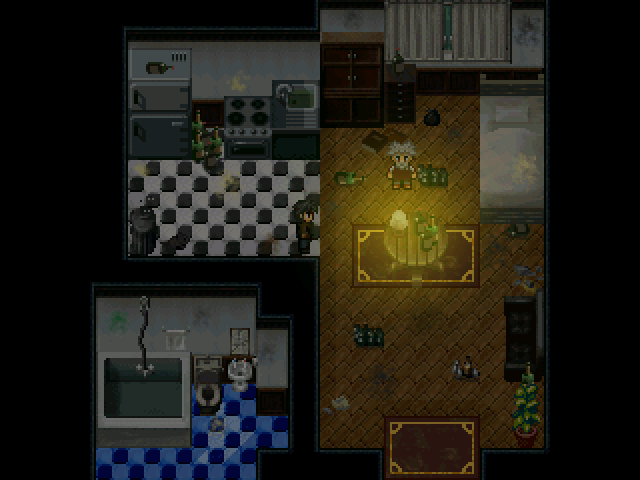 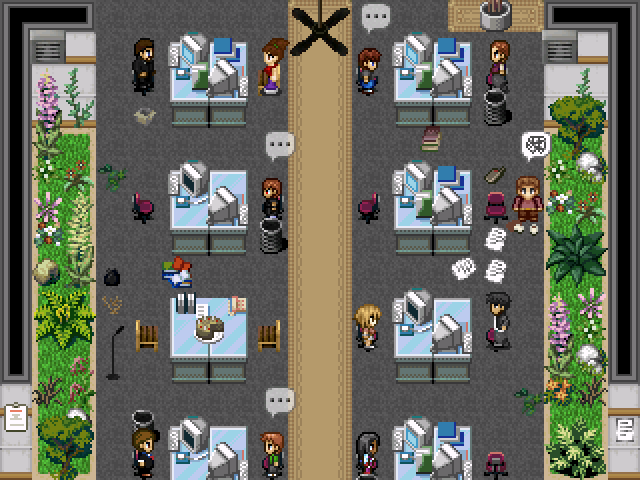 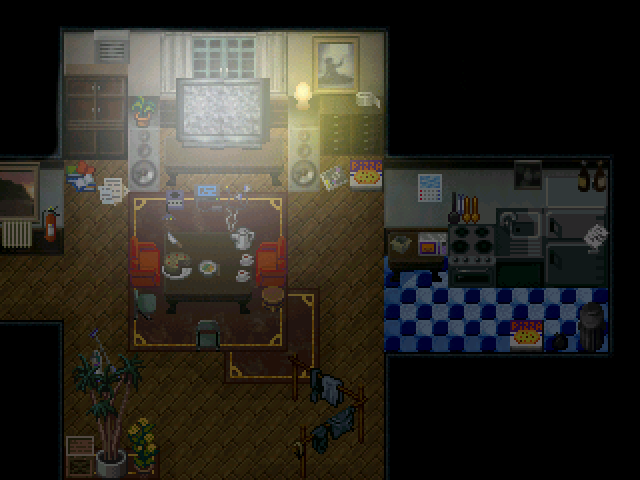 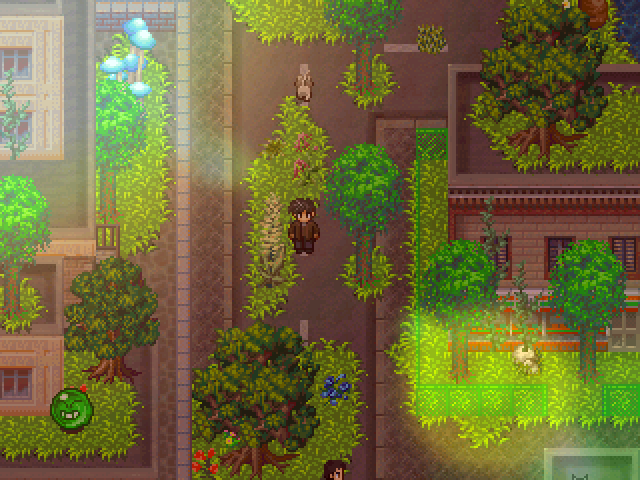 The game is now completed, and available in English and French !

If you play it, please don't hesitate to tell me what you thought about it, what you liked, or disliked etc.
The game may be completed, but I am open to suggestions to improve the game.

A friend of mine found some new resources, which made me want to make a new map: 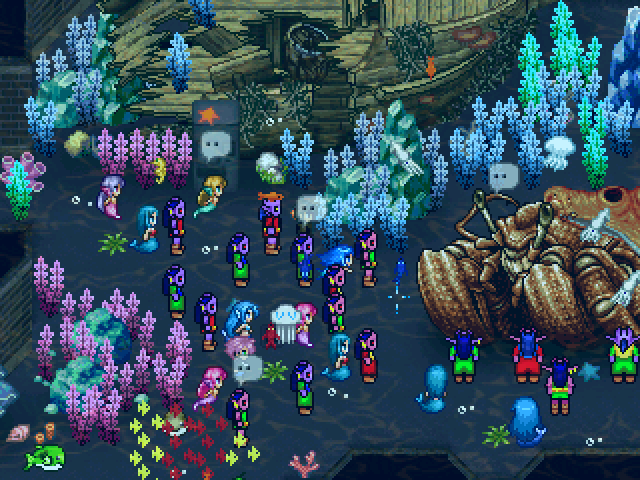 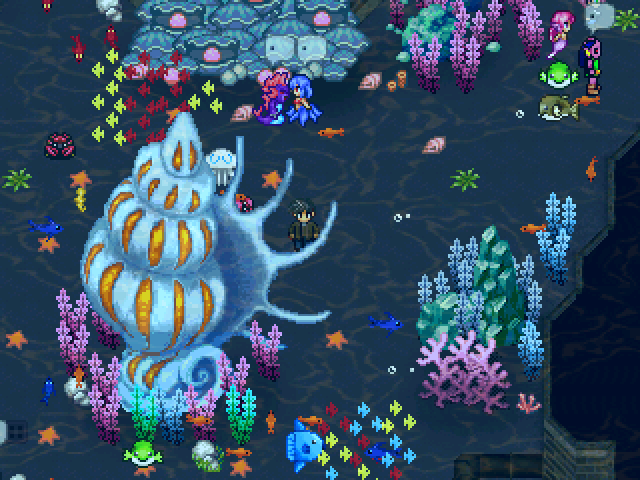 There's nothing really new regarding the story here, it's just a little new map for the fun. 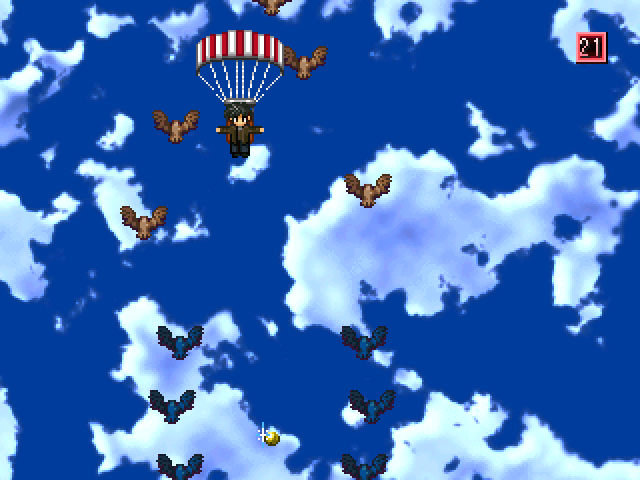 Mini game that comes after a rather long dialogue scene and thus brings some rhythm to the game. 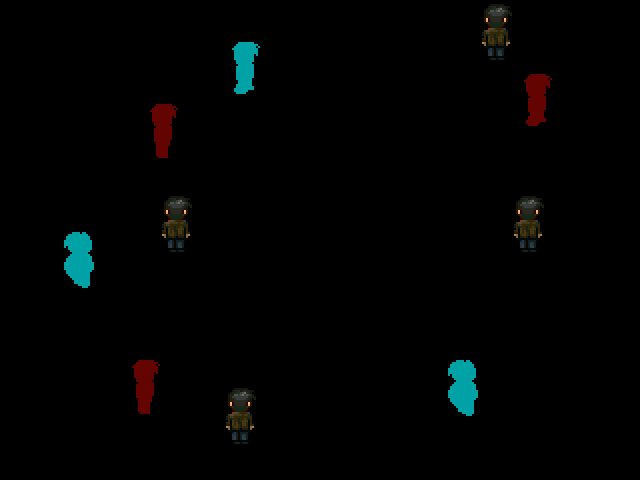 The biggest addition of this update.
There are not really new maps for this scene, but a new perspective on Loïc's daily routine.

I made some sort of pyjamas for the hero. For when he sleeps, at the beginning of the game.
In any case a different outfit from the one he's wearing for the rest of the game.

The presence of PCs with large CRT screens could suggest that the game was taking place in the 90s or early 2000s.
But it's not the case, it bothered me, so there again I changed the chipset as best I could to "flatten" the screens.

These are probably the last important changes that will be made to the game.

To me the project is finished.
I feel I have nothing more to add to it, I am rather satisfied with the final result.

And it's been roughly a year since I started working on it.
The cycle is complete, I can now move on.

Close
05/16/2020 07:49 AM
This look so great. No matter the skill, other more modern Rpgmaker games cannot match the beauty of these maps and charsets. Said this, it also takes a skilled dev to create some detailed and good looking maps (Rm2k3 games with boring maps do exist, clearly) like these. I like the style and level of details, especially the crowded pub.

Besides the good looking visual style, I am curious to play a short narrative game so I am really curious about this.
Kenetec

author=Frogge
Every time i see an rpg maker 2003 game in 2020 my cold black heart gets a little warmer.

Thanks for your messages.
CyberThunder Close
09/28/2020 08:46 PM
The game looks amazing, but I don't know how to leave the appartment haha I really want to play the whole game, it it a bug or am I doing something wrong? x)
Kenetec

(Juste for brawnie) : Please download and replace this file in the Data folder :
Link

I uploaded a new fixed archive.

If you don't want to download everything again, please simply download this map file, and put it in the "Data" Folder to replace the old one.

Close
10/02/2020 05:10 PM
So I tried playing this but got this error immediately upon launching. Do I need to change my system locale or something?

Unfortunatly I have a few charsets with special characters in it.
I can plan to remove them but it could take me some time.
Frogge

Close
10/03/2020 11:14 AM
My system locale was set to japanese, but changing it back to my native locale seems to have worked. It might be worth changing the charset names with special characters, but at least there's a way around it so it's probably not an emergency fix.
Kenetec

I have uploaded a new version that fix the crash issue that could be caused by the files with special characters + I have fixed some minor things.
Ulevo 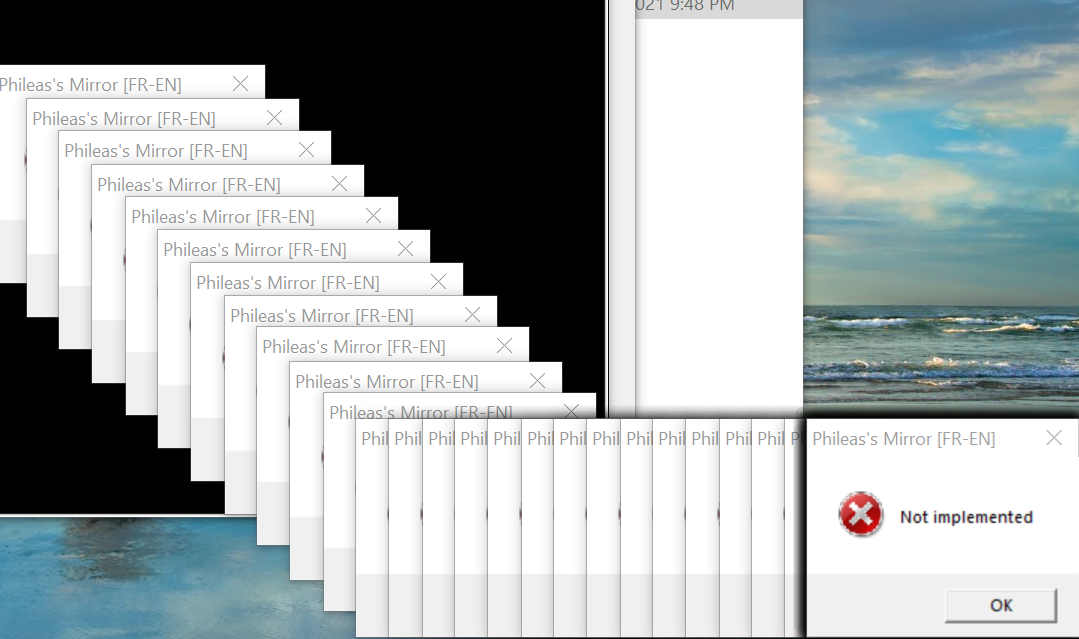 Does the problem still occurs if you try again ?
It could be your antivirus or something like that messing with the launcher.

In any case, you can launch the game by going to the "Data" folder and clicking on "RPG_RT.exe"
Pages: 1