Great Game with an interesting approach.

I downloaded this game maybe a month ago. I searched for detective games and found this one, I wanted to give it a try and today I finally got to play it. I was like "Alright, who's going to be murdered first?" but after 5 minutes I realized I won't get a detective game here and I since I didn't read any details about the game, I had a hard time finding out what this game is about. But I didn't get disappointed at all. I enjoy games that focus more on storytelling and less on gameplay and this one got me pretty quickly.

I like the approach of an ordinary character with an ordinary life that is trying to tell us a pretty ordinary story but in a way that makes it incredibly interesting. I can find sympathy for the protagonist and I wish I could've made decisions for him. That doesn't happen too much in RPG Maker Games for me.
I could imagine this game to be an anime and honestly, I'd bet it would be pretty popular in the slice of life genre.

The graphics are stunning and the game looks good every second of the game.
The different seasons in the building and the underwater world is my favorite so far.
Also, the music choice is great and you always got the atmosphere right.

The game goes from exciting to super happy and wholesome to worrying to scary to absolutely oppressive and then to exciting again. It's like a rollercoaster of emotions and I didn't know if something scary will happen or if it goes back to normal. It's like chaos but not in a bad way.

About the minigames... I'm not sure if I liked them or not... The second dance was just me freaking out about how to not step on every arrow and in the parachute minigame, I didn't see a reason to collect stuff so it felt kinda pointless. The battles were balanced, which is good. But at first, I thought you only wanted to parody RPG Maker games with bad battle systems. Battles weren't necessary at all and with the lack of Gameplay, they felt like they don't belong in this game. But they were still enjoyable.
Besides that, I feel like you made a pretty good balance between a text-heavy game and still enough gameplay to make the player do something.

One thing I have to say, the ending is pretty unsatisfying.
Show
Loic goes back to his normal world but we don't know what will happen after. What is his decision? Will he quit his job? Will he marry Amelie or will he live Raphael's life of freedom? Or will he just continue his life like before? The whole game tries to tell the protagonist what is wrong and what is right, but in the end, it didn't even matter? Amelie pushes Loic until he gives her an answer about their future so he can't just ignore all of that and he HAS to make a decision. The multiple doors at the end could have been multiple endings (and tbh I thought that's what they are). What happens if he marries Amelie. What if he leaves her. What if he marries her but doesn't get kids. We got to see many different aspects of Loic's future in an exaggerated way, so you could easily give us a look at his future that's not just imagination or a parallel world.


Some stuff I wanna share that may need to be changed:

▶ The intro is bugged. You can see the New Game Load etc before the scene even comes up. 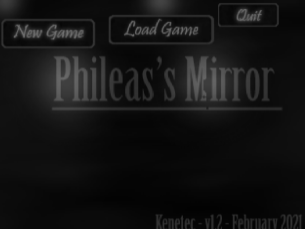 ▶ At the beginning of the game, you can walk over some bikers. And most of them are as slow as Loic walking.

▶ The noises at the workplace and the pub are way too loud and I had to mute the sound since they triggered my anxiety and made me uncomfortable. The alarm at the beginning was also way too loud and scared me.

▶ When you first talk to Lucas at the park, he just vanishes under the bench.
I also noticed that all characters in battle except Loic just vanish and don't appear on the battlefield. In all battles. 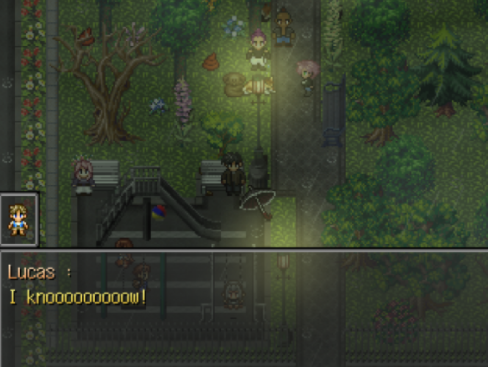 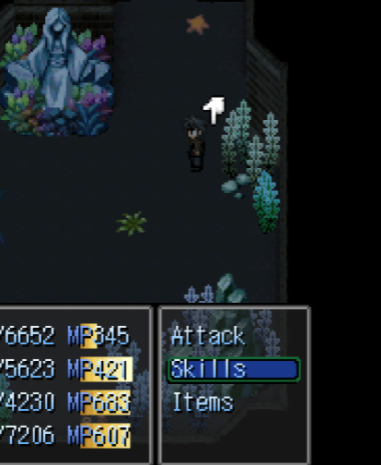 ▶ At the point where you have to unlock the locks, if you go up and then use the teleport to the right, there's a piece of the bench that's moving down. The event of the right bench side is one space above. 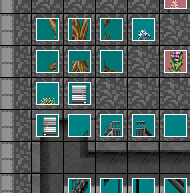 Some things I find strange:

When Lioc got thrown into the mirror, he didn't know what was going on but for some reason, he didn't question anything after that. Like, everything was good suddenly and he was married and had kids. He just acted as nothing happened and could even imagine how their kids would live in that house. Seems not human-like to me.

That's all I noted down.


Phileas's Mirror is an amazing game and I'm glad I found it. In some situations, it didn't feel like an RPG Maker game from a random person anymore and could even be a game on steam if it was another engine. You've got some talent. So thank you for making this game, even if I criticized some things, I enjoyed it a lot.