A bunch of high school students are stranded at school, waiting for the end of a school day plagued with absent teachers.

One of the students, a lonely girl with an eerie behavior, is called a witch and inspires worry to all but one male student, the player, who seems to disagree and routinely volunteers to interact with the witch.

Far from subsiding, though, the situation gets eerier as strange markings appear on the blackboards, and the witch starts causing floods on purpose; never stopping, but always apologizing for it.

The game is divided into 2 chapters:

The first chapter is set during the daytime, and focuses on storytelling. It mixes wandering around and VN-like dialogue, as the situation builds up. 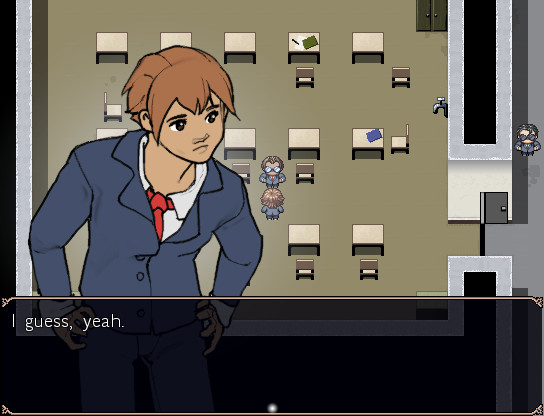 The male protagonist, and player character; 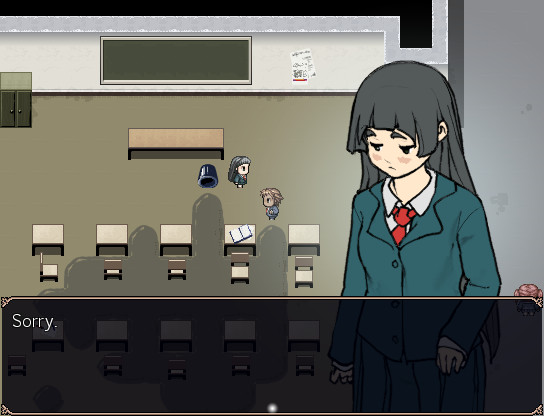 The second chapter is set during dawn, and focuses on gameplay. It features sliding puzzles, rooms to access and monsters trying to kill you, along with the key to understanding (partially) the situation. 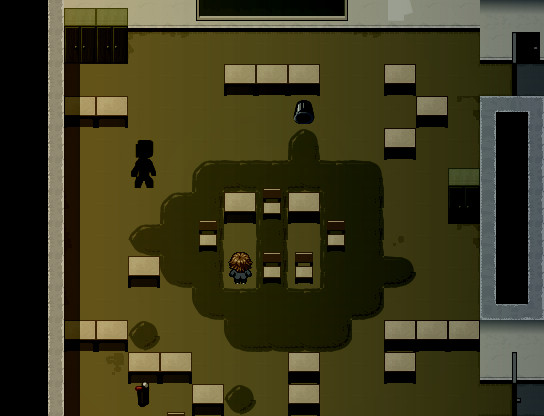 You get followed by one strange silhouette 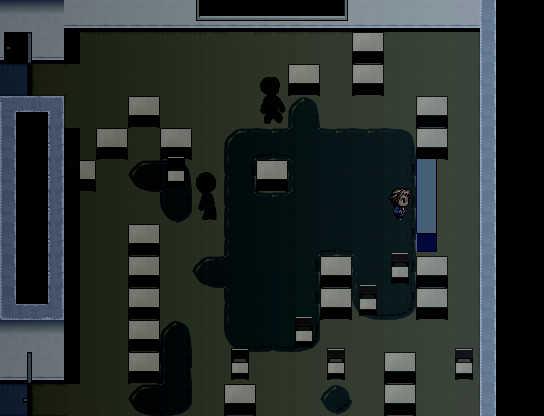 It was brought to our attention (thanks Coel) that the mop didn't work in the dawn chapter.
It was a dumb oversight, I fixed it and reuploaded. It's good now. 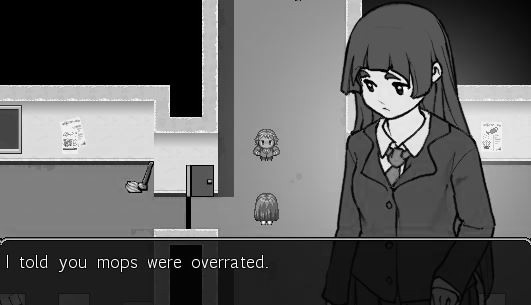 An example of a useless apology from the troublesome witch.

The male protagonist, and player character.