Ahhh Castlevania! A great classic that spawned many fangames, clones and other similar games such as Demon Hunter Legends, Bloodstained: Ritual of the Night, and many others. Silver Night Crusaders homages these classics with a totally new and original adventure in which it's possible to play three different crusaders sent by the Church to investigate the disappearance of several young women from the small hungarian village of Čachtice and the presence of horrendous nocturnal creatures in the region.
Our heroes and aspiring Van Helsing are:

- The "Belmontesque" Ethan Graymont (heh, see?), a heroic adventurer that fights with a a rapier and an whip that can be ignited.
- The witch Sheeba Faulkner, armed with a giant scyte, the power to shoot unicorns and a summonable friendly and helpful owl!
- The grim arcane swordsman Francis Bloodrose (is he a vampire?), that can throw fireballs and turn into a bat (ok, he's clearly a vampire!). 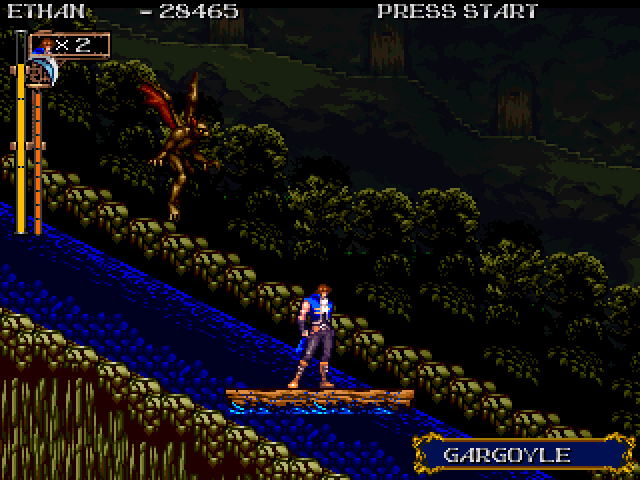 A gargoyle tries sneaking from behind, but Ethan's has a boomerang that will be extremely useful during this part!

I was really impressed by how these characters are different, not because of their speed or resistance (I didn't see much difference) but because of the different moves and abilities, for example Fran is the only one that dodges moving forward, the others instead jump backward. And then there are the vartly different skills that costs mana, recovered by hitting and killing enemies (a simple system clearly better the other "lose some of your health to perform your special move", used in other games).

But wait, there is more! There are some secondary weapons that can be found and equipped, for example axes, boomerangs, knives and bombs: these are all ranged weapons that are extremely useful in certain circumstances and are clearly an additional weapon in an already well stocked arsenal! As expected for this kind of game, there are also healing items to be found sometimes hidden into crates or barrels. 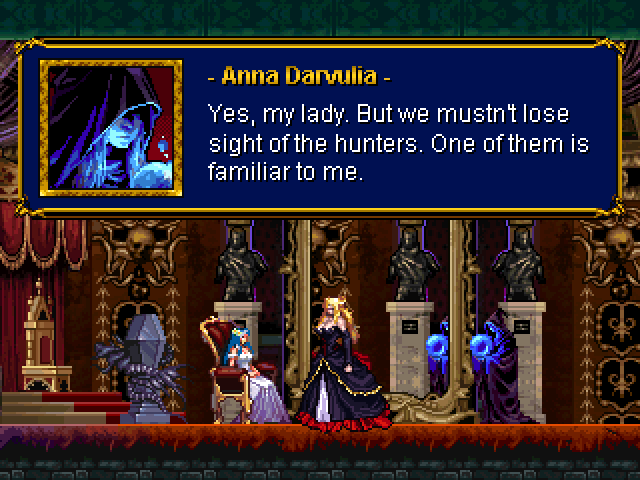 Oh-ho! They are watching us! Game includes some cutscenes that flesh out the story!

So the game is a 2d action and linear side scrolling platformer/fighting game, just like Castlevania and other old glorious games. Our characters visit castle and crypts, fighting typical horror creatures like generic zombies, the werewolf and the Frankenstein monster and also mythological monsters like dragons or Cerberus.

The game uses Openbor, an engine made to build beat em ups, and the final result is pretty good: the sprites and edits from Castlevania well merge with those from Demon Hunter Legends, I don't now if there are also other images and items from other sources because the final result is a coherent and atmospheric setting. My only gripe is that music isn't sometimes ad dark or creepy as I expected, but it's not bad either! 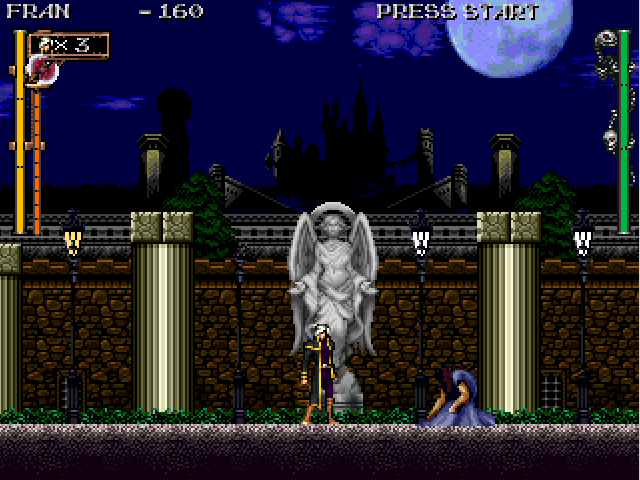 The game is pretty colorful and also as some cool features, like traps that are harmful both for the protagonists and their opponents!
This game looks and plays well, it's surely one of the best games in openbor I played (and a rather original one since most are fighting games, as openbor stands for "open beats of rage"!).

BUT I have to warn players that this isn't a game for everyone: don't expect to finish the game playing just a couple of times. No, this game is rather challenging, as it should be. Anyway even if the difficulty is high (as much as the old con op games), it's still a doable adventure if you can get good, but it probably needs lots of practice. The good news is that it can be done and the effort will be rewarded, levels often have enclosed spaces and lots of enemies, so it's important to have both good reflexes and know exactly what to do. 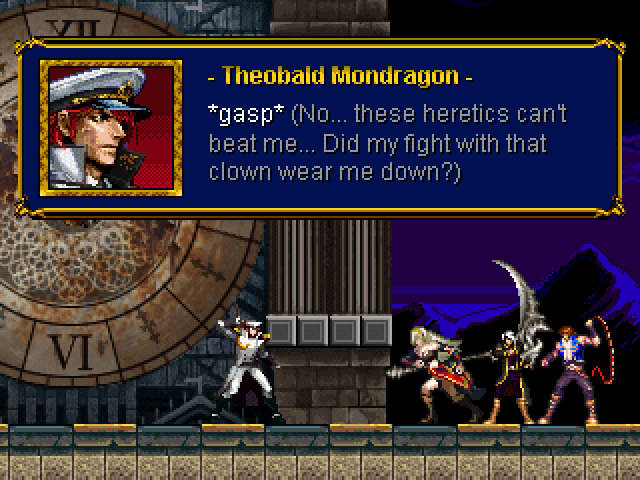 Who is this guy? And what does he want from out hunters? Play the game to find out!

Ok... now the Verdict!
I remember when I was able to beat Golden Axe (with a friend), it took practice, luck and skill, since there were not tricks to win. Here it's the same: Silver Night's Crusaders is in fact a game that recreates the experience of playing one of these old classic titles of the past.
From this point of view the game succeeds and offers a brilliant adventure making great use of the "borrowed" assets coming from various sources. It's reasonably complex and rather fun to play, provided that you have good reflexes!

Great game, clearly not for everyone, but still a great game. 4/5 is the rating.

Oh, my... Now this graphic pack is excellent.
TheRpgmakerAddict

author=kory_toombs
Oh, my... Now this graphic pack is excellent.

Yep. Castlevania sprites mixes perfecly with Demon Hunter Legend despite some little differences (on last pic Theobald and Sheeba from Demon Hunter are slightly bigger than the other two sprites from Castlevania, but it is barely noticeable).

If you have the pakxplode utility (found inside openbor that is free) you can extract all the graphic assets from the Pak file ;) ...well maybe just going to Spriters Resources.com is easier
Pages: 1