On the world of Golarion, the Drow are mere rumor, legend, and most have never heard of them. In the homebrew setting of the nation of Errial, Yazrina Myth is one of a rare few Drow to have made her way to the surface. Beginning her life on the surface as an assassin, Yazrina was aimless, always believing her goal was the next kill, continuing to serve her demon lord though he'd abandoned her long before. She was feared, hated, and reviled, but not for her skills, but because she was different, because she was unknown, and because those few who did know what she was knew her people's reputation for slavery, conquest, murder, and demon worship.

Regardless, there was still always someone willing to see her as a person. They weren't common, but there was always at least one person. She ignored this, considering it weakness, until one day, someone's weak compassion saved her from a fate far worse than death. Trapped in the village of Mission Dusk, a town trapped between the Material Plane and the Dimension of Dreams, she was saved from living hell. It was a living hell that made her reevaluate her values. It made her see the lives of others in a new way, and the time came when she could not continue her murderous career and look herself in the mirror.

80 years have passed since her imprisonment in that hell town. She lives as a courtesan and a thief in the city of Port Castor. Having long forgotten her demon lord, she serves the goddess Calistria, the goddess of lust and revenge. She has children from many of her clients, all grown. The city has gotten used to her, but has never stopped hating her for being a Drow, even though almost nobody knows her past except her fellow courtesans. There are people in Port Castor that love her, but as a Drow, she will find no quarter. If she is caught thieving, there will be no second chances, no blind eyes turned as they have be for a human, dwarf, or wood elf; her hand will be amputated.

At the dawn of a day after a night of thieving, Alexander Derlith, the supreme leader of the current regime of Errial and namesake of the Derlith political party comes to her, and he knows her history as an assassin. There are other assassins in town, so why he has chosen her, she can only guess. She refuses, at first, dismissing his threats. "I'm not a problem solver," she tells him. But the things he knows...her history as an assassin, her forbidden romance...Yazrina has to decide how to keep the people she loves safe.

Derlith has yet to burn her, but crossing Yazrina is extremely dangerous. She tries to be a good person, but she knows the past never simply stays buried. She is a disciple of Calistria, the Lady of Vengeance, as most courtesans are. Calistria stings her enemies like a wasp, and with her rapier, Hornet in hand, Yazrina's sting is vicious indeed.

This game has the darkest subject matter in one of my stories yet. It is absolutely not for children.

On a playtest going through the game straight, it takes me about 2 and a half hours. I estimate that actual playtime will actually be roughly quadruple that.

You can steal. You can break into houses. There's a rudimentary day and night cycle. There is a boatload of steal-able items. There are multiple story paths leading to four possible endings. It uses the basic lockpicking system by MattDK and it uses Kazesui's Trigonometry system for a relatively substantial stealth system.

A great deal of work is being put into Age of Myth currently. I very much like what I accomplished with the jam version, but the story was a bit abrupt, and the branches were a bit too similar for my liking. Also, reaching the final dungeon was a bit too direct. Finally, I feel like the game as it is a bit more railroady than I wanted. I am currently extending the game, vastly expanding the Island Nation of Errial as I am currently in the process of adding cities and towns. Kobold encounters will be added. Also, there will be more to do in the existing towns, including more sidequests and events that trigger after the end of specific events.

The goal is a game that is far more rewarding and greater in scale that I ended up with and that doesn't rush the story. A game that feels more like an actual RPG.

author=pianotm
I hadn't really thought of it.

Edit: The game itself is a sequel to a Pathfinder voice chat game I ran in the Discord server a couple months back.

Is it still available?
pianotm

author=pianotm
It was a voice chat game. It was Pathfinder. Like Dungeons and Dragons.

Oh lol of course its on discord
pianotm

Close
08/29/2020 10:54 PM
I have gone ahead and submitted a fully bugfixed version! I have included Lion786 and Gretgor in the credits for finding bugs.
TheRpgmakerAddict

author=pianotm
Umm...there's so much going on there...
What did you do in town hall (what decisions did you make and what happened?)?
Which way did you go to his house?

Let me start from the beginning I entered the town to kill that guy but I had to wait until night then I went to his house at night but because he was busy with you know that women I had to go through the town hall but when I go through that way I end up in his house but then the game messes up and I can't do anything afterwards.

I found a similar bug but even happened AFTER encountering Leena (but also before in version 1 when it was possible opening the door). Basically exiting from the passage instead that inside the house you'll find yourself on the left side of the village! I guess that one of the exits isn't correct (lower right square, upper right square is fine)... not a big issue but I had to re-lockpick and re-enter the place, lol! (version 1.1 bugfixed)
pianotm

You're right, it's not major. And you don't even have to go that way. The whole reason that path even exists is a way to explain how Leena beat you to Town Hall.
TheRpgmakerAddict

author=pianotm
Umm...I didn't understand that sentence. Where does this happen? 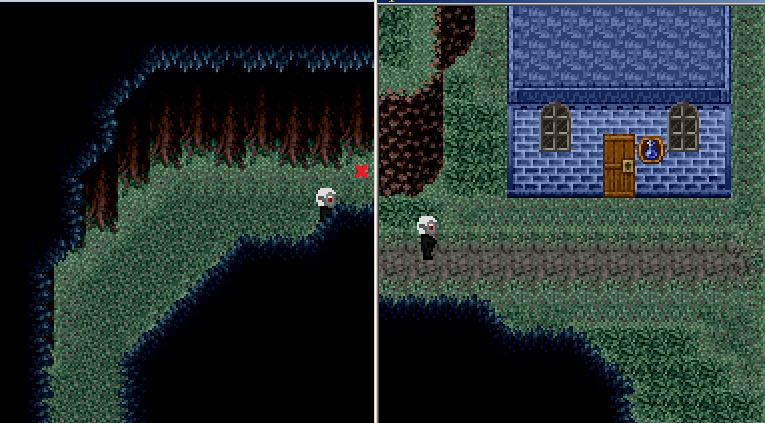 Here (I guess same place of Lion786 bug)! If I exit using the transition point marked by the red X it works correctly. If I go directly right from that position I find myself... there in the village and not inside the house.

EDIT: sorry, due to bad internet connection I saw your edit too late! Funny thing is that I took that path TWICE so I feared to be stuck into a neverending loop! LOL! :D

author=pianotm
The whole reason that path even exists is a way to explain how Leena beat you to Town Hall.

Believe me, the first time I found that path it was even earlier during the day, and I used it to enter/exit the Town Hall directly from there! No issues that time.

I also found a small issue with the three ninjas in the room with two accesses on the 2nd floor: the cutscene takes place in front of the right door, BUT my character entered the door on the left so she was speaking to no one since they were at the other access. Anyway not huge problem at all!
pianotm

Close
08/30/2020 01:47 PM
Thanks! I actually edited above! I did find it after searching where you could be talking about.
pianotm

author=pianotm
Could you give me another screenshot for the ninjas? 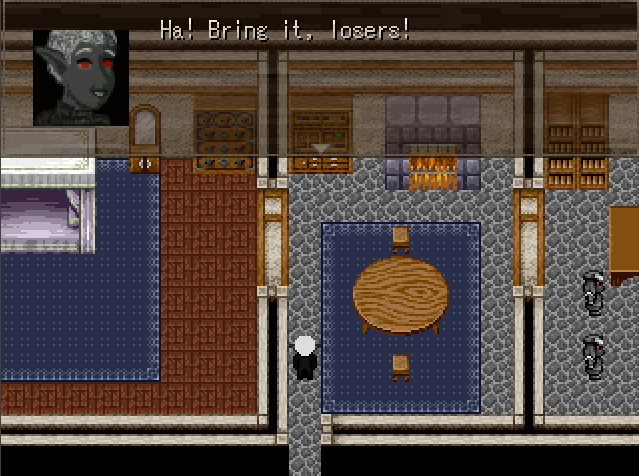 Here, door is locked closed after killing you know who, before triggering one of the last cutscene but otherwise you can normally enter the place.
pianotm

author=pianotm
Eh, I'll fix it later.
Thank you! I should have realized that would happen!

Oh another thing (sorry for the silly question): the "trash cans" inside the apartments in town that turns into a flower or a statue when interacted... are done on purpouse?

Anyway nice game, I just completed with Mothers Again. Good ending even if not the perfect one I guess (but really appropriate!).
pianotm

Close
08/30/2020 05:26 PM
The trash cans changing are not on purpose.
I really do like Mothers Again.
TheRpgmakerAddict

author=pianotm
The trash cans changing are not on purpose.
I really do like Mothers Again. 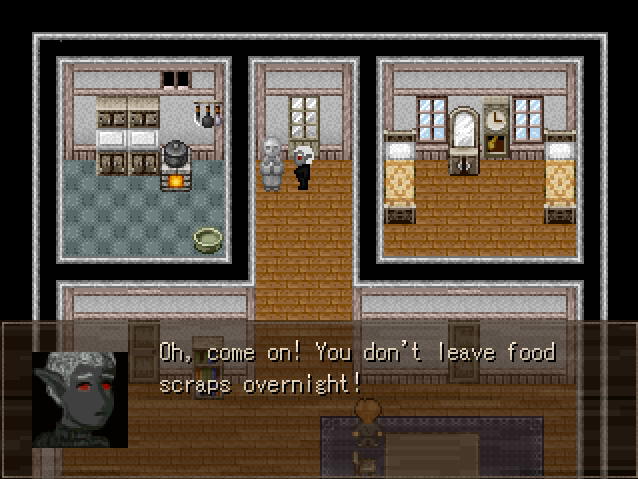 This was.. uhm unexpected! :D

Oh yes, I don't know the other endings (even if I guess I'll see another one soon), but the game is really good!
pianotm 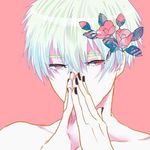