Long ago, the kingdom of Ostragen was fair and just, ruled by a monarch that treated his people with respect. The land flourished during that time. Yet, all good things must come to an end, and after the sad, dismal passing of the great King Darin, a serpent of sorts ascended the throne in his place.

Forty-five years have come and gone since King Rilyn took his father's place. Famine, sickness, and political strife have become commonplace with the social hierarchy at an imbalance. Nobles, wealthy landowners, and corrupt merchants rule the lower class, and the king sits upon his throne, reaping the spoils of his tainted kingdom.

During these dark times, the people of Sardonia turn to those they once found solace in, but there is no respite. Corruption has seeped into the entire Kingdom of Ostragen. Even the Divine Order, a once loving and caring religion, has turned its back on their flock, aiding the king in his nefarious plans. The people feel lost and alone, and with nobody to turn to, their hope begins to fade.

Yet four misguided individuals find themselves in Sardonia, and after several unexpected events, their destinies become intertwined. They must join forces to take on a vile power that could lead to their great civilization's fall. Will they meet the same fate as the Ancient Delkinians, or will this strange group of four unlikely heroes band together and accomplish a most perilous quest?

"Greetings wander and wayward soul. I am Senn Creo—bard extraordinaire, master of the fine arts, and greatest thespian of all time! Many would think me to be the protagonist of this tale, but unfortunately, that is not the case. I am simply the storyteller of the group. The one of eloquence; graced with proper grammar and the ability to captivate and enthrall an audience. Many would consider this a tale or story of sorts, but I deem it A PLAY. And where do all plays begin? Why… the cast, of course."

"Where shall I begin with this one? Selfish, rude, sarcastic, and devious are just a few words to describe this unsavory pickpocket. I had the displeasure of running into this boy upon my arrival at the capital. However, I will say what he lacks in social decency, he does make up for in loyalty to his friends. He truly cares about the people that raised him and desires to do the right thing. This is why he is the main protagonist of our story."

"Slightly cliché, but I don't make this stuff up, I promise. Aye, we got a ba'rul from the south. He's enormous, he's violent, he's ill-tempered and… he's a barbarian. PLOT TWIST? Hardly. This monstrous race of horned people tends to either be barbarians or shaman, and he's unwilling arrived in our capital after being corralled here by slavers with… you guessed it… A SHAMAN! But why is King Rilyn kidnapping ba'rul, and what is the ultimate plan for him and his tribe?"

"A rather mysterious young woman that I befriended quite early upon my arrival in Sardonia. She captivated me straight away with her adoration of the arts and love of musicals and plays. However, she is battling some inner demons and lives in a world that looks down upon her particular class of mages. I will, however, tell you one thing. Never have I witnessed someone melt the flesh off a person with such flair. She can be quite terrifying, so best to stay on her good side."

"'Tis I. Your bard and teller of this fine tale. I'm handsome, brave, heroic, and have beautiful golden locks that flip and curl for days! I've arrived in Sardonia just recently, and hail from a distant region of Ostragen know as Hesselwood. I have come to our grand capital to perform for King Rilyn and his family at their royal celebration. Why have I chosen to turn against His Majesty and join this unsavory group? Well, one must choose the lesser of two evils, and King Rilyn is quite vile, so… here we are.

"Oh, my favorite part! What wondrous and fabulous features can you expect in Tales of Yuria 2: The Gilded Crown? Well, this list will likely grow, but let me give you just a snippet of what you can expect:"

"Well, my friends. That is all I have for you, but fear not, for I shall be here with you every step of the way. While this tale is far from complete, I shall return from time to time and provide you with updates and additional lore of Yuria. Perhaps even introduce you to a few of Sardonia’s many residents. So, don’t forget to subscribe and check back often, and if you would be interested in chatting and getting more frequent updates, be sure to join our Discord below. Farewell!" 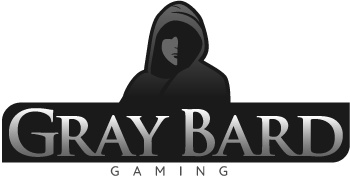 !!WARNING!! There will be some mild cursing, subtle sexual references and blood in this game. Fictional religion will be present, as well, and any similarities to modern religion is unintentional.

I'm excited to announce that the prologue of my game is complete. While many would think, "Wow, so the first 15-20 minutes of your game is done?" Not really...

ToY2 Prologue:
I mentioned in a previous blog post that my game is divided up into chapters. Before you begin chapter one, however, you'll experience the 4-5 hour prologue. "SAY WHAT?! 4-5 hours?!"

The reason my game's prologue is so long is that it's broken up into four parts: Skylan, Senn, Kagmaar, and Lacillia. You're going to play a short intro for each character (roughly 1.5 hours each), but when you reach the end of one, you'll start another. You'll see how the four main characters come to arrive in Sardonia, how they meet up, and, ultimately, join forces to take on their primary objective of the game.

Now, before you think this is 4-5 hours of story and dialogue only, it's not. Each character has their own unique spin, introducing different aspects of the game: dialogue choices, combat, shopping, alchemy, gathering, and upgrading skills and equipment. Plus, there's four mini-maps to explore full of monsters to fight, items to find, and a few puzzles to solve. Once the prologue ends, you'll start chapter one, and play as the main protagonist, Skylan, for the rest of the game.

However; before I start on chapter one, I need to play through and test my prologue a few more times. I also want to make sure everything is complete before I start the first chapter. I still have some artwork to get done, combat to flush out, and a few more additions to add. That's what I'm currently working on now. I'll continue to provide updates on the progress, so stay tuned!

Game Page Update:
I added some animated GIFs for each party member's SV Battler, along with some better headers and a custom image for my game's title at the very top. This is all thanks to my game's artist, CChameleon (artwork & thread here), and my bestie, Stephanie. She's the one that created my Tales of Yuria font/title, this page's headers, my Gray Bard Gaming logo, and she's the beautiful singing voice for my title screen, which you can hear on my first Developer's Update. She's been an amazing friend, and I love her for everything she's done for me.

However; this is just the first step of making the game page more visually appealing. I'll be adding some additional artwork and screenshots to bring the page to life even more, and you can also expect some updates to my game's lore, including the history of Ostragen, and the people and races that inhabit the land. So, keep an eye out for these updates,and make sure you subscribe so you're notified when a new blog is posted.

Also, don't forget to join my Discord, Twitter and/or YouTube channel. Thanks and see you next time! :-)

Close
07/28/2020 05:26 PM
Niceee...after finishing the first I was hoping for a sequel, given the ending...
Take your time because the first was good but this looks even better!
AeroFunk80

author=TheRpgmakerAddict
Niceee...after finishing the first I was hoping for a sequel, given the ending...
Take your time because the first was good but this looks even better!

Thanks! I'm excited to share even more with everyone. I'll try and do frequent updates. :-)
emmbee23

Thanks emmbee23! Glad to see you stop by my page :-)
Liberty