Demo updated to V0.6 + Plans for the future

The Wintertwined demo has been updated to version 0.6, the penultimate update.

A Diary, to keep track of objectives and memories. These will help the players that might lose track or miss an important clue.

It also houses the updated memories, these are no longer shoved alongside the items, they have their own page in the Diary.

There will likely be one more update down the line, once the full game is released, but I felt it was necessary to iron out a potential game breaking bug.

A few minor graphical changes, like the snowy borders on menus, tutorials and interface for the controllers.

The surveillance office has been changed slightly, the ladder has been moved so you now have to walk through this area, making it less likely the players might miss the save point.

Plans for the future:

December is slowly approaching, and the completion date too. The idea is that I'll attempt to set goals for every month.

I'm currently working on a flashback scene, after this comes two more areas (large ones) and then the finale.

I've planned one month per area, hoping to spend December on playtesting and bug fixing, releasing it later that month.

I plan to take extra days off from work to finish the game before the end of December.

I'll be working extra hard to reach this goal and if I don't make it, It'll be a januari release at the latest.

I'm beyond excited to show you what I've been working on, and hope it'll be worth the wait.

Many thanks for reading, -Terry Scott

Hi yall, Time for something interesting!

From this month onwards, I'm going to try to post updates every month.
This is to show that: Yes, the game is still actively in development and to keep me motivated to post stuff.

The game is slowly working towards its conclusion, currently I'm working on a flashback scene that takes place a year before the events of the game.
This portion takes place inside a place currently known as ''The Hive''
This place is a shelter, a repurposed warehouse to shield people from the snow storm.

This portion will dig into the history of the characters, the time period and the state of the outside world.

Here's a little preview of the new area:
(everything pictured is a work in progress, these images may differ from the final release)


So here's a small update to the demo, I've gone back and redid an animation I wasn't fond of.
I also discovered a few small bugs, one allowed the player to walk during cutscenes and the other soft locked the game. luckily nobody encountered these bugs as far as I know, but they have been patched!

Furthermore, I've been slowly chipping away and improving the game for months in small but noticable ways, I'm nearing the overall 60% completion of the game as well!
If I can keep this up it'll be released somewhere late 2022, likely December.
Hope to see yall there once it does ^^

Thank you for staying updated on my project <3
-Terry Scott 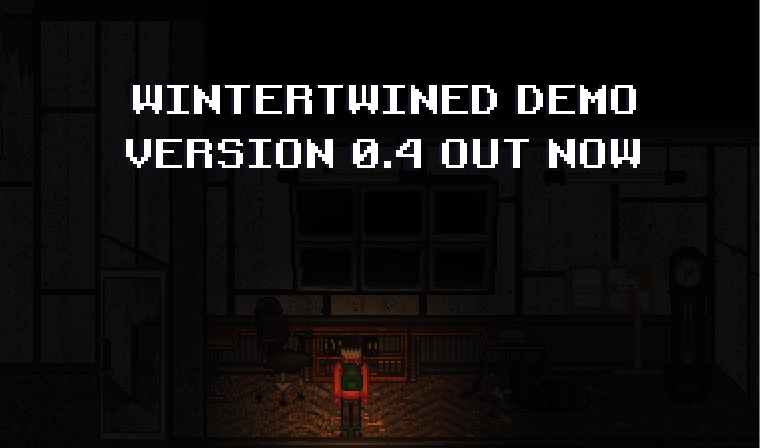 Hi yall!
It's been a long time since the last update, and it's a significant one!
I've been working my way through some difficult parts in the later half of the game and have gone back to improve the demo to make it more in line with the final game!
The demo has been updated to Version 0.4, which has a LOT of improvements:

+Small new area
(I've added a new area: the surveillance office. It's a small area where you can save your progress manually and find some vague hints and lore!)

+Improved QTE
(Thanks to Kuro DCupu I've greatly improved upon the quicktime events!

+Controller Support
(Xbox and Dualshock are shown alongside the keyboard controls)

I'll be trying to update more frequently from now on, especially since I have some really cool set-pieces coming up ^^
I have been working on some parts I wish I could show off, but that would only ruin the surprise and twists that I'm going to throw your way. Just trust me, it's gonna be worth the wait.
Thank you for sticking with me, and I hope to see you all soon.
-Terry Scott

Hi Yall, Got some interesting news!

Wintertwined now has an official trailer!

I hope this short trailer gives off the right vibes of the kind of game Wintertwined is going to be, I had to go a little out of my comfort zone in terms on animation, hope it doesn't look too janky!

Further progress has been kinda slow, unfortunately.
I've been making overtime on my dayjob to make up for the many months of lost income, this in term has caused me to lose time on development.
That bummed me out so much, I've decided to take a little time off of work, to work on some cool new stuff, like this trailer!

Also worth mentioning; Wintertwined is now about 50% complete!
So that's pretty cool!

Really wish I had more to write, but that's going to be it for this time.
I want to thank all 130+ people who downloaded the demo and special shout out to all of you who did let's plays. Yall don't know how much joy it gives me to watch them ^^

First of all, thank you all for checking out my game and giving me some real good feedback! This has been an amazing learning experience for me ^^

I've updated the demo to better represent the full release,
If you've played Ver 0.2 you might notice a few changes:

The Wintertwined DEMO is out now!

This is not a drill! The Wintertwined Demo is out now!

After many months of working my butt off, creating art like a madman, smashing game breaking bugs into bits... it's finally here!

Please share your thoughts about it, and if you're going to stream / record yourself play it, let me know as well! I'd love to watch along ^^

Do you want to support me and help fund Wintertwined? Please consider donating to my Ko-fi!

Like always: Thank you all so, so much for all your support you've given me.
You all helped me get through this rough year.

This demo is for Windows only at the moment, I'm looking into a macOS port.

You need to unpack the .zip file, You can use WinRar of 7Zip.

If you run into any bugs, spelling or grammar issues, please let me know!


First of all: Thank you for the 10K views on the Wintertwined page! Seeing this many people look at my game makes me feel incredibly happy and overwhelmed at the same time.

First of all, Wintertwined will now have original music composed by the awesome Harumi Makoto!

Furthermore, The demo is almost complete as well.
It'll most likely release in June, depending on how quickly some mayor graphical issues can get resolved.

I've added a list of Trigger Warnings to the main page as well.
Wintertwined will contain scenes that might be upsetting to some players, I considered it necessary.
(However, some triggers contain mild spoilers, please only read them if you know certain subjects could cause you emotional distress.)

I'm beyond excited for yall to give it a try, and hope it won't dissapoint!
I've been working behind the scenes on a Itch.io page (Which is hidden for now)

I've been going back and forth whether to release the game on Steam. I am a little bit terrified of negative reviews if Wintertwined isn't recieved all that well.

Which is why I've planned release it to Itch.io first, to test the waters, so to say. Hope you'll understand, and if it does well, I'll try to get Wintertwined on steam, I promise!

Once again: Thank you all so much for the support you've given me, you guys are the best ;-; 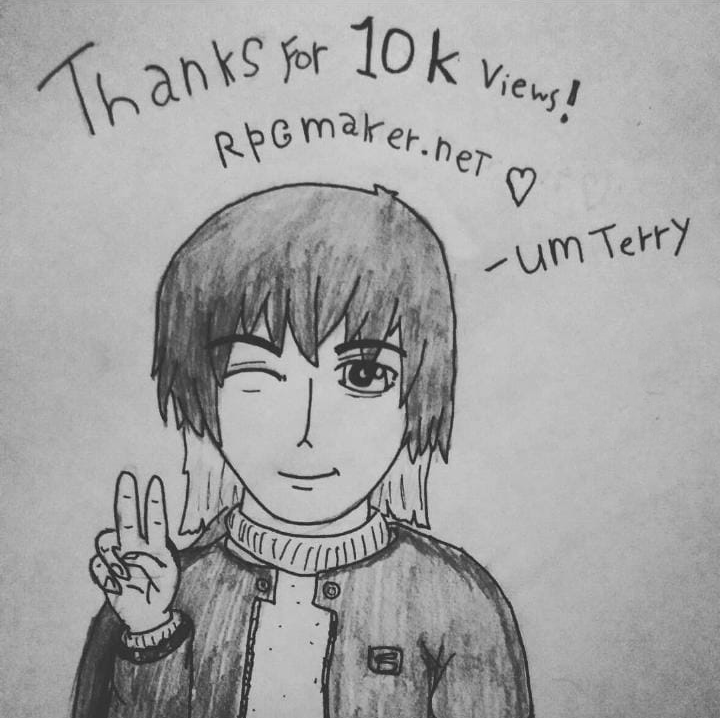 It's been a while since the last update, So here's what I've been working on lately:

I've changed the Quicktime Events to a non timed event, I felt it could be a little cheap to have players lose the game if they miss a quick press, which led to the current animation. This one can be done whenever the player wants to, and feels a lot smoother to me, so I hope it'll translate well to the players ^^

I've also been improving the dialogue and a lot of other stuff as well, better sound effects, new puzzles, more lore and smoother animations.

I've been looking into completing a demo too! If everything continues like this, I might be able to post a demo in the near future. This will be a (approx) 15 minute prelude to the main adventure, featured in the full release. I'm still working on some technical hiccups with some of the visuals and lighting effects, but once that's fixed, the demo should be nearly done.

I hope you'll enjoy playing Wintertwined once it releases, this project means the world to me and I hope it'll be a memorable experience

I'd decided to make the game commercial in the last update, and I'd like to take some time to explain why...

I work for an escape room, which due to Covid, has to stay closed until further notice. I've been stuck at home since December, which did give me a lot of time to work on Wintertwined, but that quickly became the only creative output I could still do, from home.

I'm not eligible for any kind of compensation, which is why I've been struggling with my finances a little. Since the pandemic started, I may have gotten about 1/10th of my usual salary, which has led to some tough months the past year.
I would have loved to make the game free, and I'd considered doing a ''pay what you want'' on Itch as well, I just wish I knew if that were profitable in any way.

I hope you understand.

Thank you for checking out my game, I appreciate all of the kind comments I've gotten so far, and will treasure them dearly ^^

These past few weeks have been amazing in terms of progress.
I've been working super efficiently lately, making a lot of new maps, animations and mechanics.
Soon I'll be implementing another big puzzle, one I'm sure many of you will like!

If I manage to keep working like this, I'll be able to release the game in December.

I've decided to make Wintertwined a commercial game, for about €3,00 / $4,00. I've been working much harder on the game, than I have on any other project. I do intend to release a Demo somewhere this Summer, which will hopefully encourage people to try it out ^^

Once again: Thank you all for the support you've given me, it helps me to create the best version of Wintertwined possible and brings me joy every day.