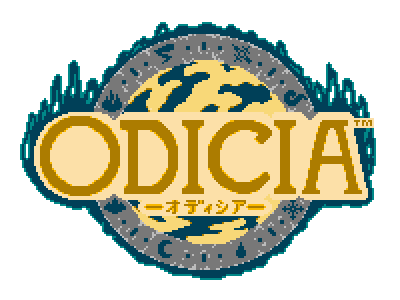 
Odicia follows the journey of a fire mage named Eyala Troy, as she and her comrades set out on a dangerous quest to bring an end to the Kingdom of Valhara’s corrupt crusade to cleanse the world of mysterious mystical beings known as Scions.

Created by illustrators Oliver Hamlin and Cameron Lee, Odicia at its heart is a love letter to the classic JRPGs, shonen manga, and various other cartoons and video games that have inspired their imaginations since childhood. Through retro-inspired visuals, music, and gameplay, Odicia immerses players in a nostalgic experience that evokes the feeling of playing an RPG classic on the consoles of old.

Let us know what you thought!

Everything else about it looks great as well, so I'll give it a try sometime!
Antilurker77

author=Kaempfer
Wow, this looks great! Not sure how this is flying so far below the radar here, but I'll be sure to give it a try.

Thank you! Would love to see what you think!
odicia
37

author=Gourd_Clae
Third -- The aesthetic of this game is great. I really really like the monster desgns in this.

Everything else about it looks great as well, so I'll give it a try sometime!

author=Antilurker77
Oooo this looks neat, I'll have to remember to give it a shot. How long is the demo, by the way?

Thank you! The demo is about an hour long.
Antilurker77


I hope this one gets finished. Looking forward to playing more.
Firefly84

Close
09/15/2020 06:39 PM
I don't know if you have forgotten that super cheat before the battle against the Valharan Sergeant. With additional 50 Levels that was childsplay (even without new skills). At least you can only chose one of those cheats.
odicia
37

author=Firefly84
I don't know if you have forgotten that super cheat before the battle against the Valharan Sergeant. With additional 50 Levels that was childsplay (even without new skills). At least you can only chose one of those cheats.


Thanks for playing! Ah, I forgot to remove access to the debug menu when I was testing! I've re-uploaded a new version with no access and added new music in the beginning sequence.

author=Antilurker77
Played the demo. So far it seems pretty polished, here's a couple of notes I have so far:


I hope this one gets finished. Looking forward to playing more.


Thank you for playing! We felt the same way about the herbs, and we're planning to add a little animation to make them stand out a bit.
I can definitely understand where you're coming from about the big heads. We chose this art style and big style sprite to emulate the feeling of old classic rpgs of the nes/snes era.
Combat is an important part of RPGs so its always a big priority. We're always tweaking and making sure its balanced in a fun way.
In the future, I'd like to have controller support for the field actions, and also having the option to bind a short cut to a specific field action.
I believe pressing F4 will give you fullscreen. We'll definitely add that into the options scene so its much more clear in future builds.
Firefly84

Close
09/15/2020 10:10 PM
For Fullscreen you can just click on the full screen symbol of the game window. RPG Maker MV doesn't use ALT+Enter anymore.
Kaempfer


Some very specific feedback about battle:

I think the rage system is missing out on a lot of potential for one simple reason: as it stands, there's no way to manually build rage. Attacking drains it, and so does defending. Half your skills drain it, too. The only way to get rage is to wait for it to build up or use magic, which is so costly that it's not a viable way to accrue it. The only time I managed to get into the rage state was the last fight; good timing, sure, but I had absolutely nothing to do with that, it was just a long fight. It seems a waste to include a system and then not let the player have any real control over it- how are you supposed to strategize with a system that penalizes 3/4 of your actions? If it was just a matter of not using rage-based actions that would be one thing, but again, you don't have enough Will for that to be viable, and with a limit of four skills you're also heavily relying on what you have equipped. A system where you spend the whole game using the two Will-based skills you have, desperately trying to avoid using any rage-related so you can build it. The same two skills, over and over. Not a great use of the system. I would suggest upping the cost of rage-based skills, but giving some means of building it other than waiting and hoping you're attacked (I know Talec can taunt, but that costs Rage to activate, so, uh...). That way, the player could build a solid plan around it. I have some ideas on how you could do this, but I don't want to throw too many unsolicited game design ideas at you all at once when it's clear you've put a lot of love into this project. DM me if you'd like to hear them, although absolutely no hard feelings if you don't care that much about the opinions of some plonker from the internet.

All in all, I'd say the demo was quite good. Gorgeous to look at, well paced, nice to listen to. The writing was solid, even if it is a bit obvious with how clearly it wears its nostalgia on its sleeve. Even though you're constrained to a small forest each map has a little bit of something new, which is a nice touch. I had no trouble finding the herbs, personally. I thought they stood out quite well, and they're sort of bonus items, anyway. The combat was extremely easy, but for a starting area that's quite alright. The demo whet my appetite for more, and I'll be watching closely!
Pages: 1