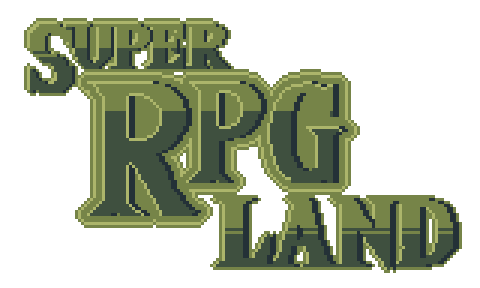 
Control a group of heroes in a mysterious land, in search of what everyone else likes:
GOLD! FAME! EXP! LOOT! SUPER LOOT!

In Super RPG Land, you control a group of heroes in a small town called "Smallonia".
Your objective? Make fame, collect gold and be the most powerful in the region! And who wouldn't? It is not?
Smallonia is a city that faces several problems, like talking wolves, bosses angry with the weather, and many other things.

Defeat enemies, complete missions, explore dungeons and all that blah blah blah that every RPG has. But... SUPER!

Make your own party! Make your Builds!
Tabletop World Map Exploration!
3D Dungeons! In Gameboy! It's so cool!
Open World Gameplay!
Do you like nostalgia? It's Old School Style RPG!

What types of Super RPG Land adventures await you? Only you can find out!

Super RPG Land was developed for #GBJAM8.
Inspired by Gameboy classics like Super Mario Land, Final Fantasy Legends, Lufia and with a hint of good humor and elements of Table RPGs and J-RPGs.
The idea was to create a fun and quick RPG to play, simple but with content. All systems, sprites and gameplay were made with maximum fidelity to the limitations of the Original Gameboy, with some improvements, coupled with the idea of a 3D maze rendered in real time, inspired by games like Faceball 3D, X and Tyrannosaurus Tex.

Close
09/26/2021 07:40 PM
Hey! I was playing the game, and it was running fine. Until I decided to use the item for teleporting back to town (Mystical Feather, was it?) and the game crashed. I was in the tower after having defeated the wraith, so I thought I should try using it again after backtracking to the previous floor, but it crashed again and now it won't start at all.
I noticed this debug file in the folder, and it says " Failed to load NW DLL from D:\Super RPG Land\nw.dll: Attempt to access invalid address. (0x1E7)"

Other than that, it's been fun.
Raiem
0

Close
09/27/2021 07:08 PM
Nevermind, I retried today and the game started. Perhaps because the computer was restarted? That being said, the teleporting item does cause the game to crash.
Also, I have no idea what to do after defeating the Wraith. I already visited the Sun Temple. There's no more new missions in Smallonia. The bridge has yet to be repaired and the other temple needs me to be a Champion.
In the meantime, I started another playthrough with the other 3 party members and that's been fun too.
Pages: 1