It's me again; back from the eternal void that is my room. As I'm sure you already know, I've been really busy this past week with work on NIRAVASI. In case you haven't seen it yet, I've launched the Kickstarter campaign for NIRAVASI on the 26th January 2021. So what has happened since then? Well, it seems A LOT if I'm gonna be specific.

You read that right; the game's reached over 25% of its Kickstarter goal in only a week. The campaign itself still has 53 days left until it reaches that £3,000 goal. If all goes well, NIRAVASI will be right as rain in no time.

However, I feel it's still important to temper expectations here. While there is still quite a bit of time for the project's campaign, I'm going to assume that the following weeks will reach a sort of cooling period or downtime. I have been pitching the project over to a number of journalist websites and other individuals and will continue doing that throughout the campaign. While increasing attention on the game is nice, my biggest reason for doing this is to garner feedback on the project. As this game aims to be a commercial product, I feel that feedback/criticism at this stage is crucial for the success of this game. In my previous game, BLANK, many that played it commended it for its unique backstory and charismatic enemy design. But one of the biggest criticism was how long the introduction of the game was. Role-playing games by default do tend to have long-drawn out sequences to slowly familiarise the central mechanics of the game to the player, but this can often spoil a player's experiences if done wrong. BLANK is an example of this, where it would take the players around 30-45 minutes to reach the first battle of the game!

That obviously won't fly for a project like NIRAVASI and I've tried my best to remedy it as best as I could by creating an introduction experience that throws players out into the open almost immediately. However, looking at the feedback that's been given by both players and testers alike, it's clear that some changes need to be made. Let's go over those changes, shall?

This was a bit of a sad decision to make, but looking back at it now, it's one that I think contributes better to the health and flow of the game. So for those of you unaware, NIRAVASI starts with a Storybook Introduction that explains the background story of the game and how humanity came to exist on the world of Aetherius. The intent behind this sequence was to spin a special narrative of sorts and trick players into thinking that this was the set-in-stone narrative. As you would venture through the game, you would start to slowly unravel the pieces of the real mystery and think "Hey, that Intro lied to me!" and I would've been all like "Yeah, and it made me laugh you fell for it!".

Unfortunately, I severely underestimated how player investment would factor into this. Because NIRAVASI is a game that heavily focuses on narrative exploration, I thought a Storybook introduction like this would work well for the players as I'd assumed they'd love that kind of stuff. And they definitely did; just not without the frustration of having to wait. I got feedback from players telling me that they felt the introduction was very long and that getting into the action really took a lot of time. I followed this up with other players who tested the game (but didn't bring this issue up) and they agreed that it was very long introduction.

As a result of this, I've made the decision to remove the Storybook Introduction of the game and instead repurpose the images I've created for use in another area in the game. I'm hoping that with this decision, players won't feel like they're spending too much time watching the story unfold, rather than experiencing it first hand. And speaking of story, let's go over to my next point. 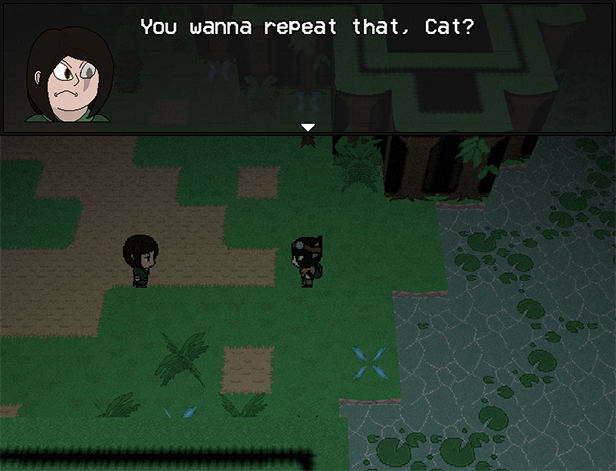 Yeah, there is a LOT of dialogue in NIRAVASI. That isn't a fault of my writing either; it was designed to be that way from the start of the game's production. Unlike BLANK, I want NIRAVASI to be an expanded and believable fictional world that players can explore and immerse themselves within. To help with that, I created a cast of characters that were more fleshed out and engaging when it came to dialogue. But perhaps that's where the true issue lies.

I would perhaps say for some scenarios, NIRAVASI may actually have TOO much dialogue at parts (especially the introduction of the game). Some offenders of this include the first few interactions you have with Clovis, as well as discovering the first Proxy in the game. What was designed initially as a way to flesh out the scenario for players ended up as a slog that took players away from the feel of experiencing the game first-hand. Once people got to the ruins of Old Hanirr, there were less complaints about it being a persistent issue.

To remedy this, I will be going over the game's introduction sequences and splitting off and/or optimising certain dialogue sequences. For example, I plan to redo the landing sequence and instead have Mura wake up at the bottom part of the Intro level, rather than the middle part. Furthermore, I'm going to allow the player to regain control AFTER the Proxy event, so that there's a little bit more freedom for players to have. I can't promise that these changes will be easy to make, but I'll be sure to give it my best shot.

Finally, I've had some feedback regarding how quickly the dialogue cuts off in some moments, so I've already gone back through the game and adjusted this. To set an example here, the dialogue cut-off took about a 1/4 second to execute, which then went to the next string of text. I've extended the time it takes to execute to be 1 second exactly and reorganised the dialogue where line breaks occur on larger pieces of dialogue.

(Oh, and I guess I've added some dialogue whenever you pick up a Vigarium Artefact. Just so you know that collecting them nets you something at the end of the game.) 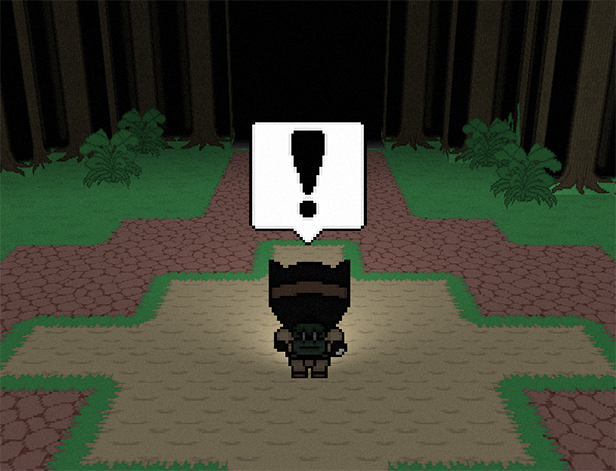 In case you haven't gotten to this part of the game's demo yet, I'm gonna be dropping spoilers harder than a Pokemon Black/White song beat. Once you've completed the objective on Old Hanirr, you're greeted with a bunch of TVs that wanted to super kill you. You know what else wants to kill you?

This was the biggest concern I had when releasing the Demo, and it seems that those worries were justified. When working on this section of the game, I wanted to invoke a sense of panic and tension for the player as they're being chased by a big army of robots. But it's clear that this was too much for the RPG Maker MV engine to take and it's taken a nasty hit on those that have computers that can't run things smoothly.

Because of this, I've gone back to this event and started optimising it for players. Instead of 16 Proxies now, it's gonna be something like 7. Furthermore, a lot of the scenery's gonna be stripped bare because of this make room for the game to run smoothly. I'm a little disheartened by this decision, but it's not fair for you all to suffer just because I want to see the pretty plants. 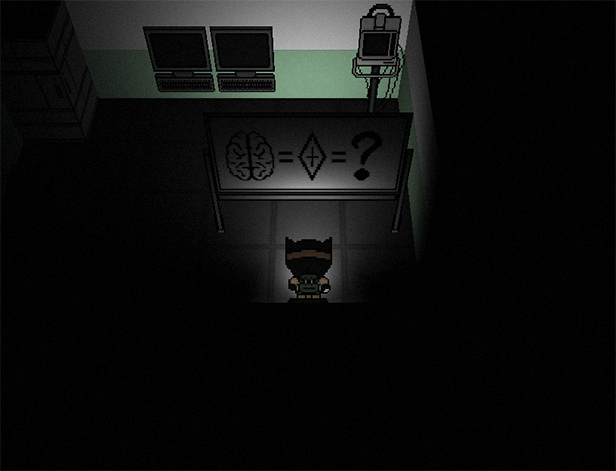 To wrap things off, I can confirm that I'll be going over all the small little bugs/hiccups that exist in the game right now and just giving them a clean up. Some that are easy to fix are the occasional typos found in the dialogue. Others like the camera rotating on one of the Old Hanirr Temples (you know which one) sometimes glitching out if the player touches an event wrong. These fixes are minor at best, but polishing them up will lead to better results as time goes by.

So that about covers it for NIRAVASI's Devlog this week. I'm going to get busy cracking down on this bugs and design flaws that exist in the Demo right now, but will be keeping an eye on how the game's being received. One part that did make me laugh was people mentioning how long the Demo is. I will admit, it can be quite long, but I wanted to give players a big enough experience for them to get them to understand the type of game I'm trying to create. I'm particularly eager to see how people feel about the game's 2nd level and hopefully nobody's going to run into any significant issues there. Once I feel I've received enough feedback on the project, I'll make another Demo release for the game and re-release it here on the Kickstarter. Hopefully that'll show how much I'm willing to listen to all of your feedback. With that said, I hope you all have a wonderful day and I'll try to get cracking on with those changes (as long as the new Destiny 2 Season doesn't take control of my life).

Close
04/19/2021 07:59 AM
As we know time is gold is silver for each human being, it takes time for us to be able to fulfill our own intentions and many other things. As digital technology develops, we will have tools to measure time, please visit to learn more here: *HOW ABOUT NOT POSTING SPAM*
Pages: 1