I'm back with another Weekly Devlog for NIRAVASI. I apologise for the lack of a Devlog for last week (seems to be a common theme these days), but I was pretty busy on that day sorting some things out and couldn't really find the enthusiasm to sit down and write stuff down. Nevertheless, we've got a lot to talk about now, so let's drop everything and get straight into it. 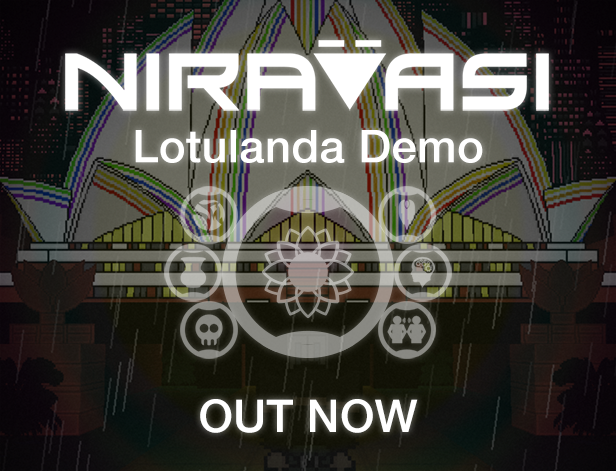 If you weren't already aware, I recently released the latest demos for NIRAVASI last Friday, which includes the newly released 4th Level, Lotulanda, the Grand Library of Niravasi. While I haven't had too much feedback regarding this one just yet, there's still a lot of time between this release and the next, meaning there's still time for everyone to give your thoughts on the state of Lotulanda. I'll continue to keep a close eye on player activity here, but my hope is that the level will be received well and not considered too frustrating for players (I know libraries can be a bit dull at times, but I hope Lotulanda is the exception). 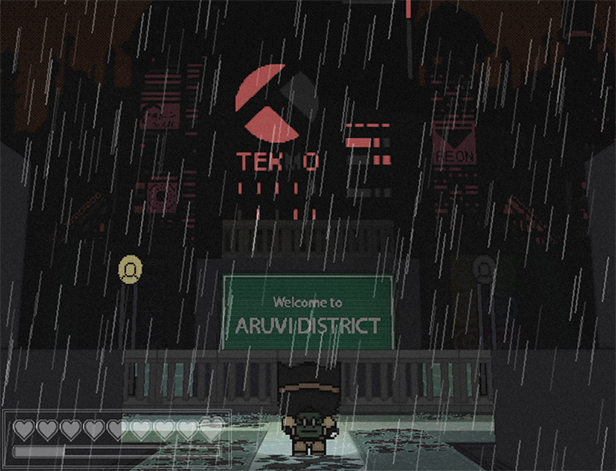 In addition to some Lotulanda talk, I also dropped some hinters regarding the progress of the game's 5th level, the Aruvi District. As you see from the image above, the Aruvi District will be similar in appearance to Ishani Bazaar, save for a few key differences. The biggest and most obvious is the over-abundance of water flowing through this place. Within the heart of this place lies the once beautiful Aruvi River. When the planet of Aetherius broke apart, many of its geomagnetic waves got screwed up and with that, no more rainstorms came to Niravasi. Without the rain, the Aruvi River dried up and became an eyesore for the remaining survivors living there. To remedy the situation, AEON constructed a weather system to artificially replace the rain to fill the river once more. But his plan worked a little too well, as the newly created rainwater burst through the river's banks and flooded the district completely. But as you'll find out soon enough, it's not just the water you'll need to keep an eye on within the Aruvi District. 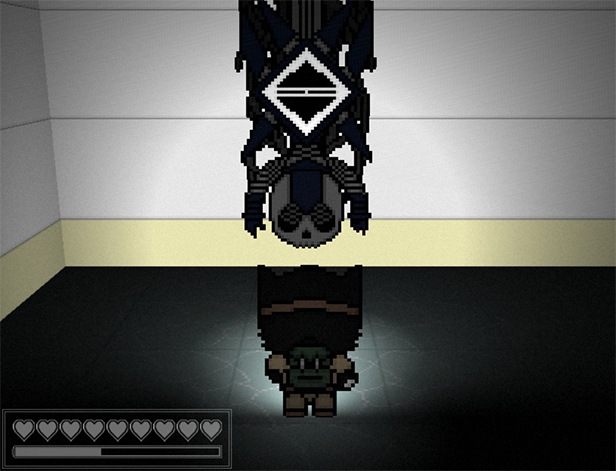 Crawling in my Skin

As you delve deeper into darkest depths of the Aruvi District, you'll begin hearing strange noises coming from the walls. And when you run into a set of wires, it'll already be too late. You've attracted the attention of AEON's Crawlers.

The Crawler is a brand new enemy I've been teasing for a while, but wanted to keep hush-hush until now. Within the Aruvi District, you'll find these creatures hiding within the ceilings of long-forgotten buildings, waiting for their next meal. While not as dangerous as CALI or the Sentries, Crawlers play a unique part within the AEON gameplay loop. When a player steps on one of the Crawlers' "attack spots", the Crawler will emerge from its hiding spot to grab whatever poor soul stands underneath it. If you're quick enough, you can dodge its attack and be on your merry way. But if you're slow on your feet, the Crawler will latch onto you, take a chunk out of your health and alert AEON to your presence.

Crawlers play a unique role within AEON's arsenal of machines, as they're more of a support type for the other machines. For example, you could be trying desperately to avoid a number of Proxies, but accidentally trigger a Crawler's trap. The Crawler will latch onto you, hold onto you for a second, before dealing a chunk of damage. If they time it right, the Crawler will leave you at the mercy of the hungry Proxies from before. If you think that's bad, imagine that the Proxies are replaced with Sentries.

I'm still fiddling around with their AI, of course, but I'm incredibly happy with how they've turned out. They're the right combination of uncanny and creepy, and still refer back to Hinduist and Buddhist beliefs with the theme of their design. While it'll be a little ways of, I look forward to seeing how players react to these pests when the time comes. 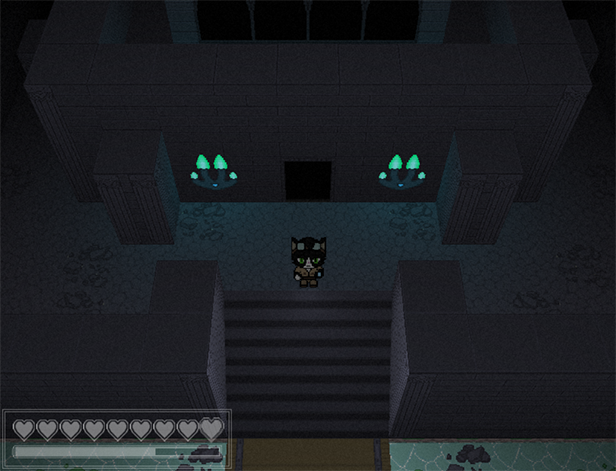 While work on the Aruvi District is going well, I can't stop thinking that some of the game's previous levels have sorta fell off the map in regards to their visual quality. The Stepwell of Dhara Hanirr for the most part still looks relatively gorgeous, but Old Hanirr doesn't really have the same level of visual impact as either Ishani Bazaar or Lotulanda does. As such, I've decided to go back and give these places a bit love in the form of ruined debris and other visual goodies that keen-eyed players will be able to spot. Additionally, I'll also be going back and including fixes to some of the jankier sprites and locations of these places to better align them to the quality standards I have now for the work I've done for both Ishani Bazaar and Lotulanda.

If you have any cool ideas on what you'd like to see in these old locations, or feel this is a step in the right direction, please let me know what you think down below. I'm always eager to hear your feedback with these things.

That about wraps it up for this Week's Devlog for NIRAVASI. You'll have to forgive me for the abrupt conclusion, as my poor little fingers are starting to get a bit tired with all this writing. There's definitely more to come for these next few months, and my hope is that I'll have work on the Aruvi District done by mid-late November latest. Until then, thank you all very much for reading and I hope you all have a wonderful day.