take me to church lel

Hey guys. I just thought I'd share a bit of the evolution of my most recent map, as the process of making it was a ton of fun and I'm quite proud of how it turned out. As I started working on the final maps for Jamie, I realized that the game needed a proper final area. Sure, the Dark Towers are a large final dungeon and all, but there's a bit of story after that dungeon. I realized that I needed to make a small temple or shrine. 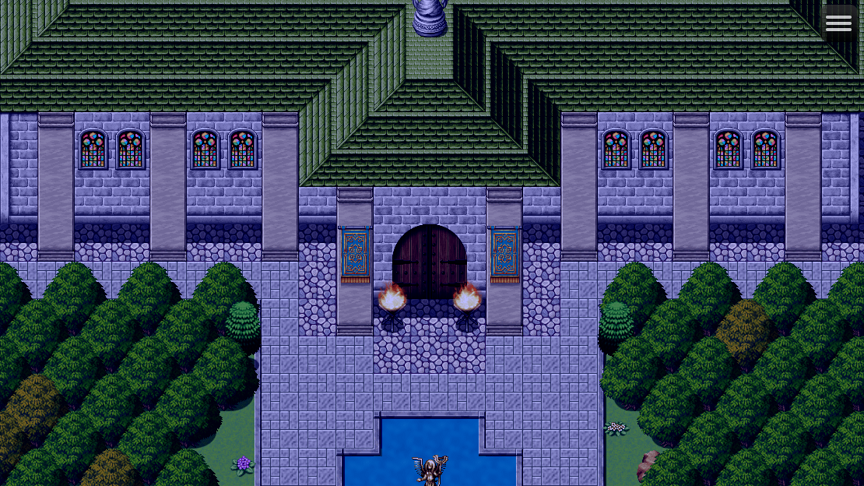 But then I realized: this temple wouldn't be smol at all. It would have to be pretty large. So it was time to expand, still using the base RTP without many edits: 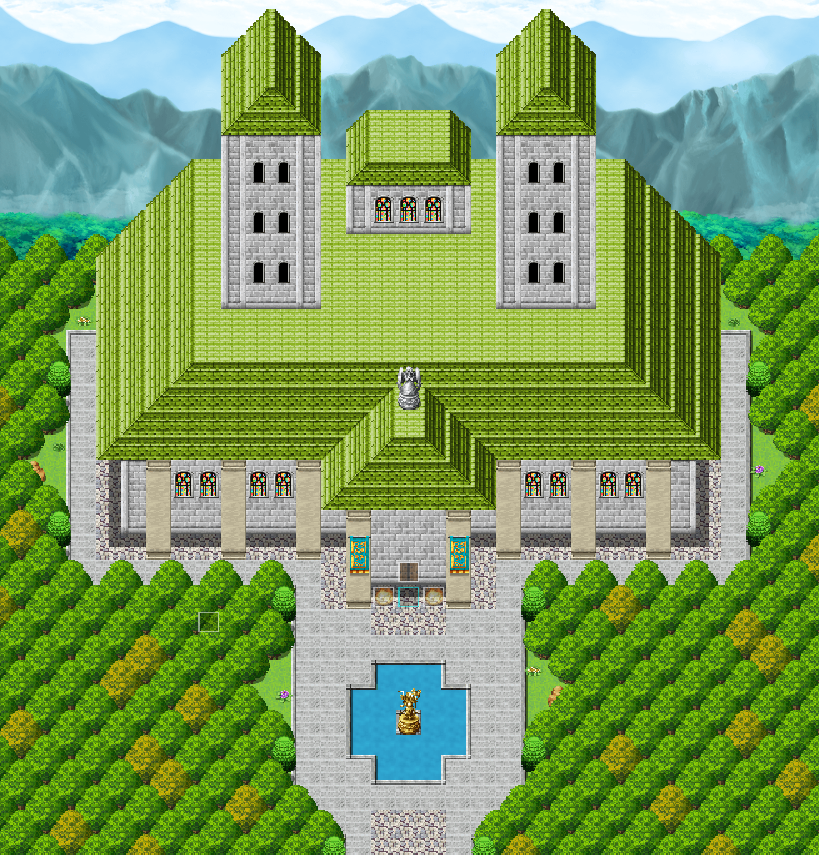 But there was a huge problem: the color just doesn't work...and the roof isn't seamless. Edits would have to be made, and lots of people agreed. 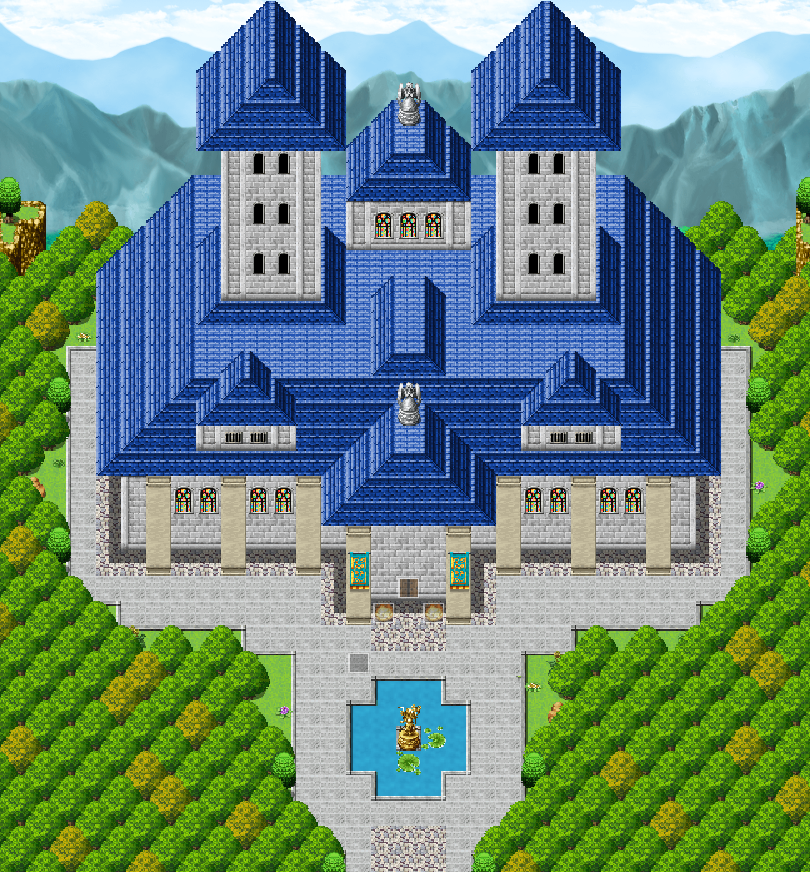 And then some tedious work in photoshop last night to make a proper mega roof: 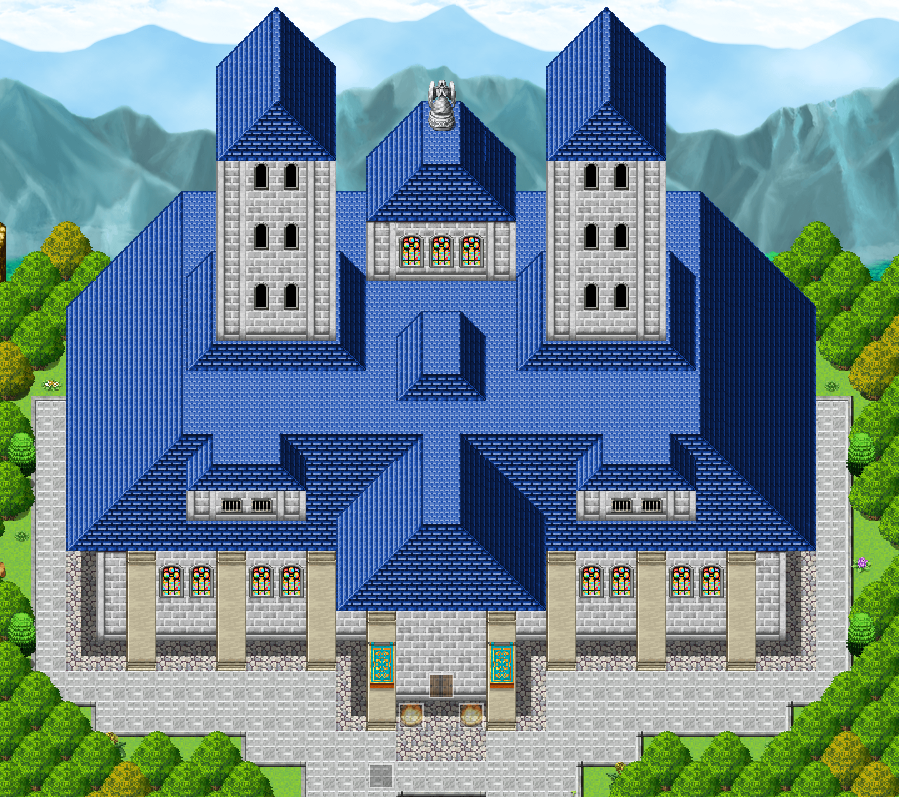 But I still wasn't happy. It was still kind of bland, and I really felt that it needed a bit more detail. I started experimenting with the towers and began making edits for windows and other doodads. 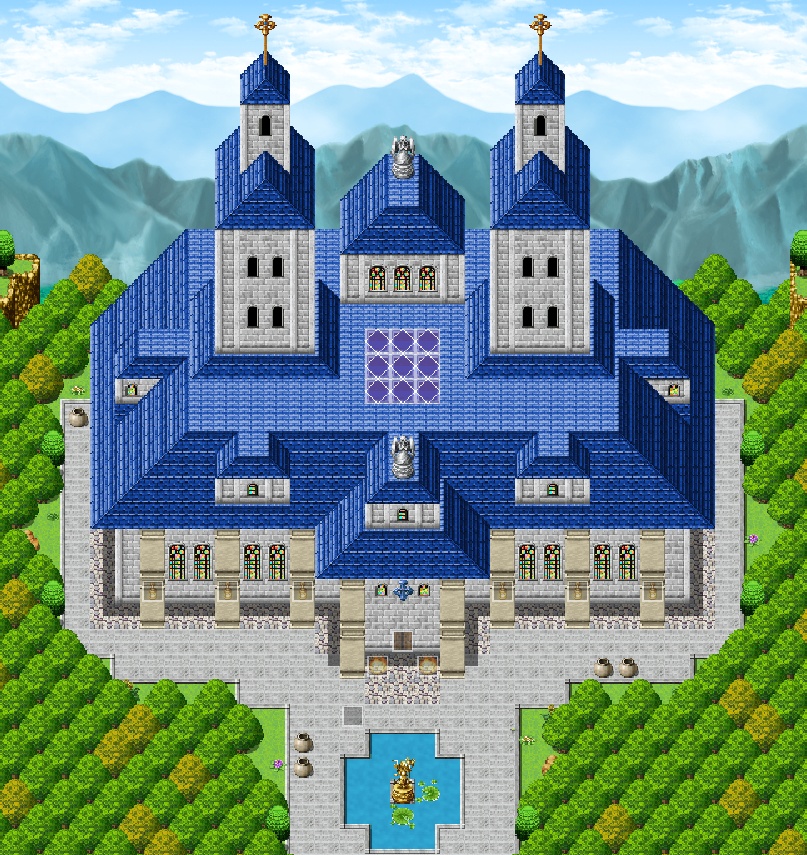 Almost done! Just a few more details were needed along with a higher res screenshot. I foolishly searched for a MZ Mapshot script but couldn't find one...until it dawned on me that you can export mapshots from MZ itself. I felt like a moron!

I added some more details, a gate, and some little hidden nooks and crannies that may or may not come into play later on... 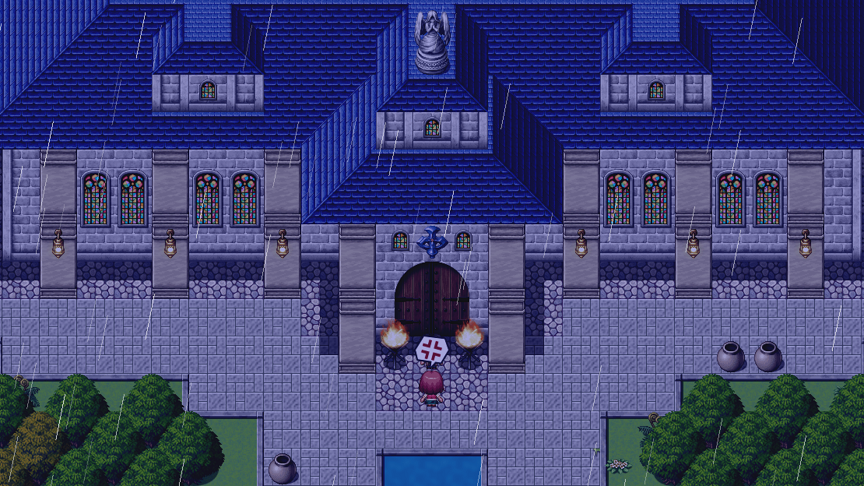 The feedback I received in the RMN and Visustella discords was invaluable, and I greatly appreciate everyone who took a bit of time to bounce ideas off me!