Updated and now available on Steam too!

The Ghost Cage is now available as a free game on Steam! For the most part, the gameplay is the same as the game jam version, but I've added achievements (which will help you keep track of which ending you've unlocked), a new drawing option for the bloodstain in the house, more outcomes related to working for either Ernest or Basil, and other minor changes. The full changelog is below. 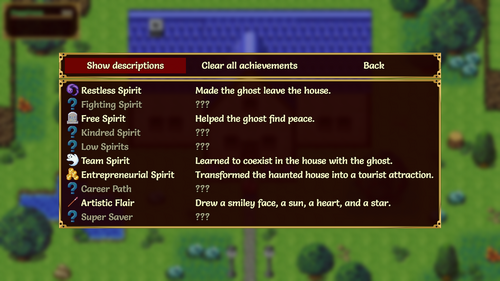 The Ghost Cage is not a horror game, but I decided to release it on Steam now because October seems to be an appropriate month for a game featuring a ghost (though it's not a scary one!), and also as a homage to Oscar Wilde, whose birthday was October 16th. The idea of a ghost whose reaction to you depends on how you treat it and a couple scenes in this game were loosely inspired by Wilde's humorous short story The Canterville Ghost.

I've updated the game on Itch.io as well. Unfortunately, due to how achievements are tracked and other additions, savefiles from the old (game jam) version on Itch.io are not compatible with the updated version. Sorry about that!

I'm happy to announce that The Ghost Cage won 1st prize in the Spooktober Spooktacular game jam! You can watch a video playthrough of the winners on YouTube.

The judges got the "good" ending in that playthrough, but my favorite ending personally is the one where you can work with the ghost to convert the haunted house into a tourist attraction! 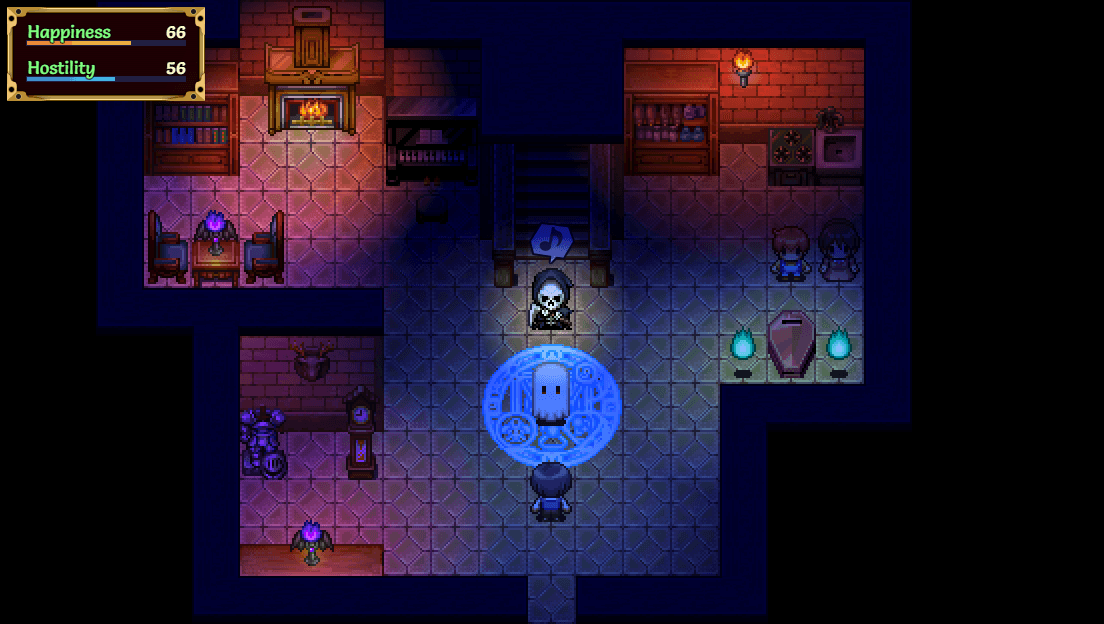