Hello! Here we are talking about Epic Wings 2!
Have you played the first game? Basically it was the quest of a resurrected young man that became a Paladin and recruited a bunch of heroes to fight the demons that were threatening the world.

In Epic Wings 2 the world is still under attack from vampires, witches and warlock. But this time the hero protagonist is Legere, a veteran soldier. Once again our lone hero has to collect a ragtag bunch of helpers (from a little girl that knows healing magic to a young vampire) ti fight the force of evil and destroy some dark talismans.
Yes, this is the plot, rather simple and unoriginal, bit it works as we see our alter ego Legere living every sort of adventure in his war torn fantasy/modern world. 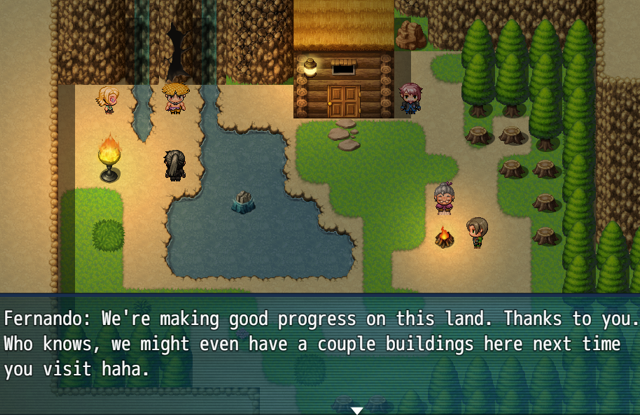 The game is a classical party based jrpg with puzzles, quests, optional tasks and lots of combat. The good thing is that combat has been improved greatly from the first game, and encounters seems to be easier, including boss fights (ok these are still challenging but I found little need for grinding, figuring out a good strategy is far more important).

Speaking about combat it is rather classical, but the "standard attack" option is removed (so healers or mage can attack only using spells...if they have some damaging ones!) anyway there are some attacks or moves that have no costa, or the character can defend to earn some mana and life. This is a good idea that simplifies the game (there is no need for a mage to have a standard attack that does 0 to 1 damage! And it is also nice that Legere standard attack strikes twice and the vampiress attack has some extra effect!). 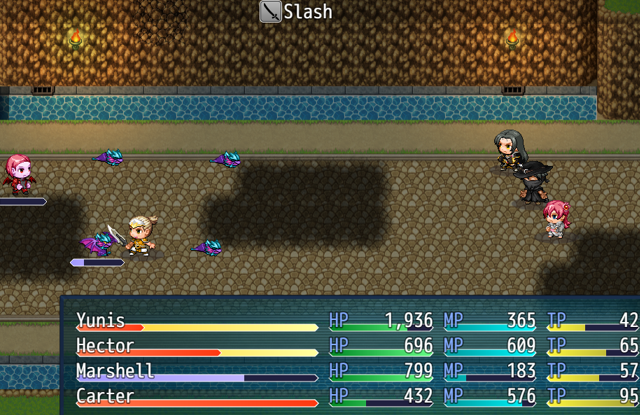 I also liked a lot how characters are stronger (well not all of them, for example Hector in the beginning was frail, slow and not so dangerous with his single target elemental spells, at least Mana seems not to be an issue since characters have a lot of it and can earn some back by defending), Lucia was extremely fast and with some powerful abilities, while Legere started mediocre and then became one of the deadliest assassins thanks to some powerful multiple attacks). Oh and you can also find orbs to increase permanently some abilities of the characters, so use them wisely (and do the optional side quests to earn more!).

For the rest the game is classic: you need to walk a lot to solve quests, talking to people, finding and delivering items to them, the good thing is that the reduced difficulty makes exploring painless (in the first game I entered the abandoned village too early and I was nearly slaughtered by the high-level enemies of that area!). Yes, there are still random encounters (and other enemies that aren't random at all!) but you can still save anytime and anywhere, and this is good! 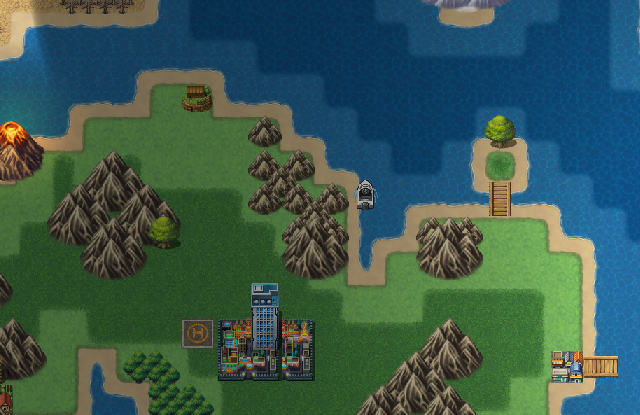 There are also many features I liked, for example the fact that helping a particular Npc named Fernando you can build a whole neighborhood in the forest, obtaining access to better services like better weapons and armors shops! Speaking about shops the most useful is probably the one that sells portal scrolls: considering that in this game you have to travel a lot, buying scrolls that allow teleportation among the various Portal Shops is extremely useful (they cost 100 gold each but you will have lots of gold since consumables aren't that necessary to progress).

Ok, what instead I did not like? Besides some frequent typos (not as much as the first episode) the dialogues and events could have been a bit better, there are also some weird things happening, like for example a whole city being built in an incredible short time, but uhm ok. There is also confusion with some terms, for example at a certain point you need three different passes but uhm they have nearly the same name so it is a bit hard to undertand which ones you have and which ones you need!
Finally, there is mapping: while I do not mind the use of rtp and maps aren't too bad at all (I'd say "serviceable", but yeah they encourage exploration due to many unlockables and extras that can be found), the locations are often small, with narrow corridors that are sometimes a problem due to wandering npcs blocking the pathway... and yeah it's very annoying! 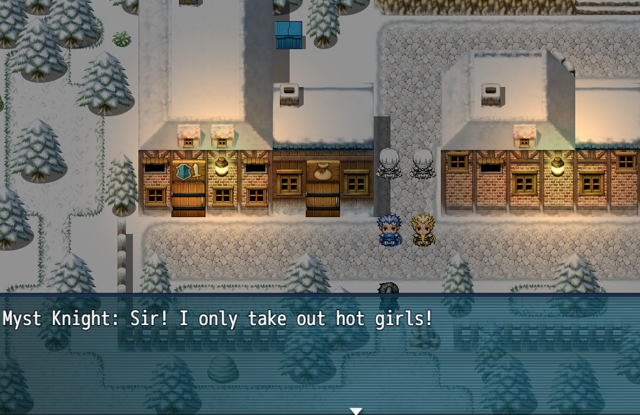 Final Verdict
This game is a big improvement compared to the first game, and despite being a little shorter, it still offers hours of fun to those who can overlook the small flaws. Yeah, it's far more enjoyable than the first episode, and I liked a lot more the characters of this game (even if they are more bizarre and quirky from those of the first episode). In the end this is a classical Jrpg games with many unlockables, secret characters, the low/medium difficulty makes also it pleasant to play.

A classic game, earns a 3,5/5 clearly more than the first one! Not too bad at all if you like the genre!