Call of the Overseer

Each of the Five Planets within the world Vithias were given control by five different Deities. These Deities' duty was to take their given planet and shape it as they see fit. One such Deity was given the planet of Erutia to shape to their desire.

Upon transporting to Erutia, the Deity noticed that the planet had very little Etheric energy within it. It was a dying planet, and the two species that populated Erutia, which they later dubbed as the "Luvine" and "Sirin", were on the verge of extinction. The Deity granted Life and Ether to the dwindling land and granted those within it new abilities to help them evolve.

The ability to channel the elements and harness the energy of the wayward Wisps around them helped both species grow and thrive.

This Deity also granted a small number of beings, both Luvine and Sirin, the ability to protect mankind should the time arise. These beings are known as the “Aegis of Erutia”, and the mark on each one’s body, as well as their untapped amounts of Ether from within, is a testament to that.

Yet one such Deity desired more…


===
The current demo of CotO should take about 40 minutes to complete, on average.
===
Credits:
Show

So, Call of the Overseer’s been out for a bit, and I wanted to start by saying that I'm very glad, and relieved, to see that it’s been received well between the sites I’ve posted it on & the people I've watched play it!

Though now the question is… What AM I doing for CotO now? What’s next for CotO? Well now that I've finished 3 of the protagonist's fullbodies (shown later in this post) I’m back in the engine, refining the ACTUAL cutscene that plays after the first Guardian (Nameir)’s battle. After that, it’s onto the next scene!

And as for what’s next in CotO's development, my goal is to have a “Major Update Demo” complete and playable by the end of this year!

So, what’s going to be in the “Major Update Demo”? What makes it so major? Well there’s planned to be…
-About 35% of the full game.

-All 6 protagonist will be selectable to play as, + all their prologues will be implemented (3-5 minute scenes, just prior to the events of the current demo).

-“Halcyon”, a hub location where you can converse with otherworldly beings, exchange energy for unusual enhancements and other rarities (or commonalities, if you really just need a LiChu Bead and don’t care about some rare “hyper elixir of all life”, or something), get to know the team better, and more.

-“Roots & Branches”; a skill learning system that involves changing a base (root) skill in multiple ways (branches). While you must pay a small fee the first time you want to learn a branch, you can learn or unlearn the branch for free afterwards.

And as for things that I would prefer to be in the Major Update, but may not fully make it in just yet:
-A preview of the optional “one-on-one” conversation system (name pending) between party members. The further you advance two character’s conversations, the more bonuses they will get. Eventually, the two involved can learn a devastating (or helpful) team attack, known as a “Synchroforte”.

-A preview of the optional “group chat” conversation system (name pending) between characters, whether they’re playable or not. These do not provide in-battle bonuses like the one-on-one’s, focusing more on how important characters interact with and learn from each other.

Now, let’s look at the goals for the Major Demo a bit more mechanically…
In the broadest of senses, there are *technically* only about 5 things that I need to get done for this next demo:
-Character Sprites
-Enemy Sprites
-Story/Cutscenes up to the end of the 2nd Tower (end of Major Update demo).
-Battle-related things (balancing, new enemy creation, character skills)
-Character designs/waist-ups/cut ins.

...Clearly, there’s much more detail that goes into each of these things. And they all need each other to work properly. The cutscenes can’t be properly choreographed without new character sprites, the battles can’t be fully realized without all 6 protagonists being implemented, character sprites can’t be made without character designs being finalized, etc etc!

That’s why, despite the seemingly short list, I can’t confidently say the next update won’t be done until AT LEAST the end of the year. Also, real life things will get in the way at some point, I’m sure. And as for the full game itself, well… I have no given date yet. Still, CotO is a smaller scaled project, and something that I feel I can actually complete at some point without being scope-crept, given the format of the gameplay & story.

Now, looking back at the list... the character sprites are already made, right? The enemies to some extent too, right? Well about that…

I’m planning on making my own sprites. For various reasons, that’s what I’ve decided.

Do you still call these “sprites” when they’re not pixel art? ...You do, right?

Making my own sprites is not something I’m entirely used to, especially when it comes to animating them. This will probably be the most time-consuming step for this update, and it’ll be a very new endeavor, so bear with me there!

Next month (April) is when I’m going to start working on these sprites! I’m aiming to get the sprite style/concept/proportions/etc right, then working on Briar’s walking + idle poses, if all goes well.

While the designs of these three in particular were very much based on their demo sprites, there are a few differences in their actual designs.
Show 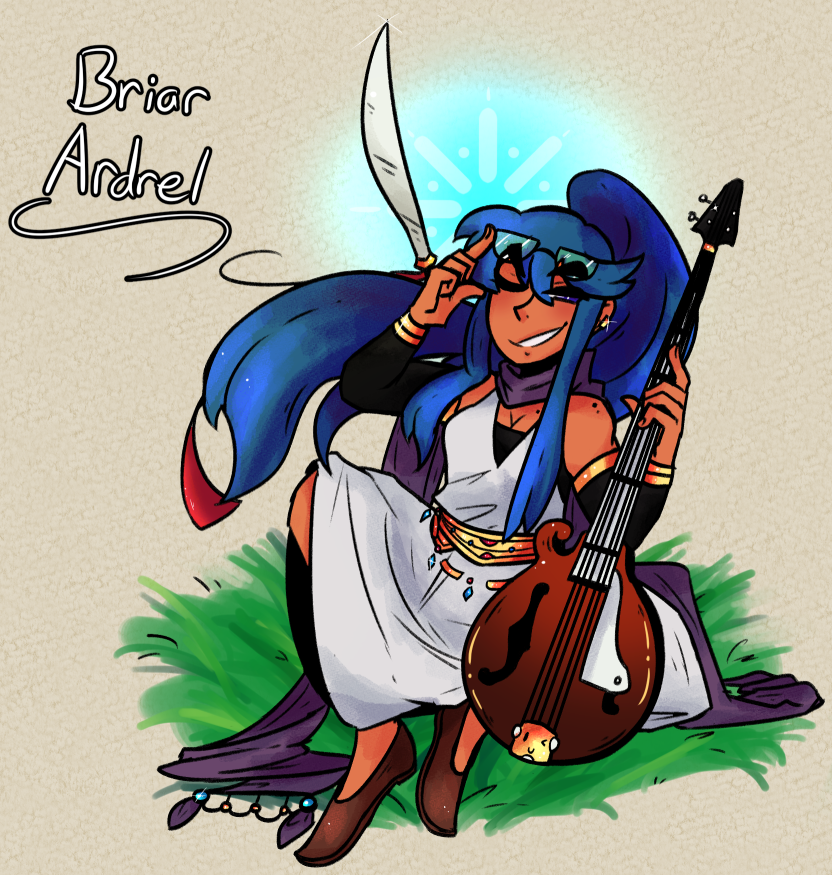 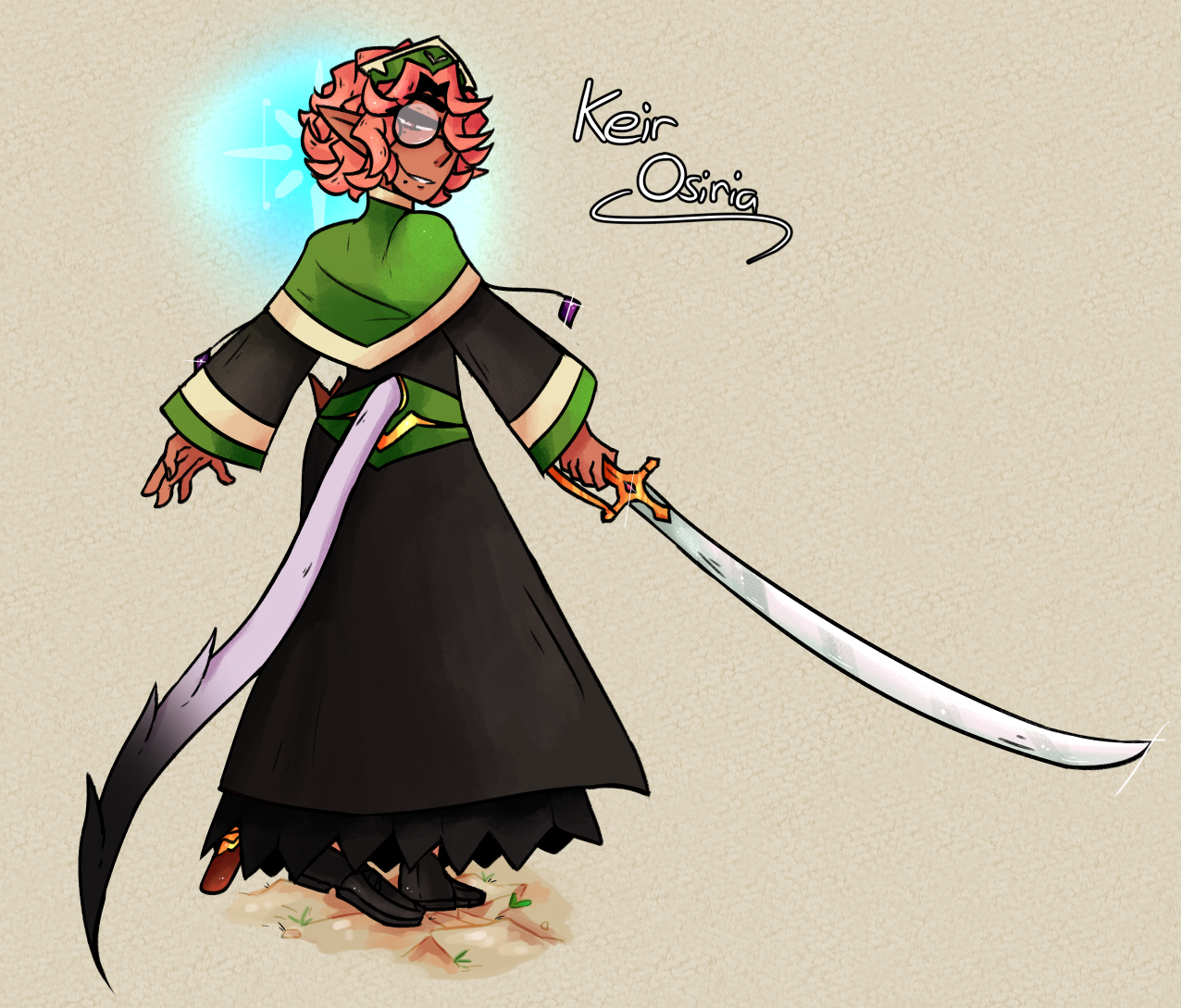 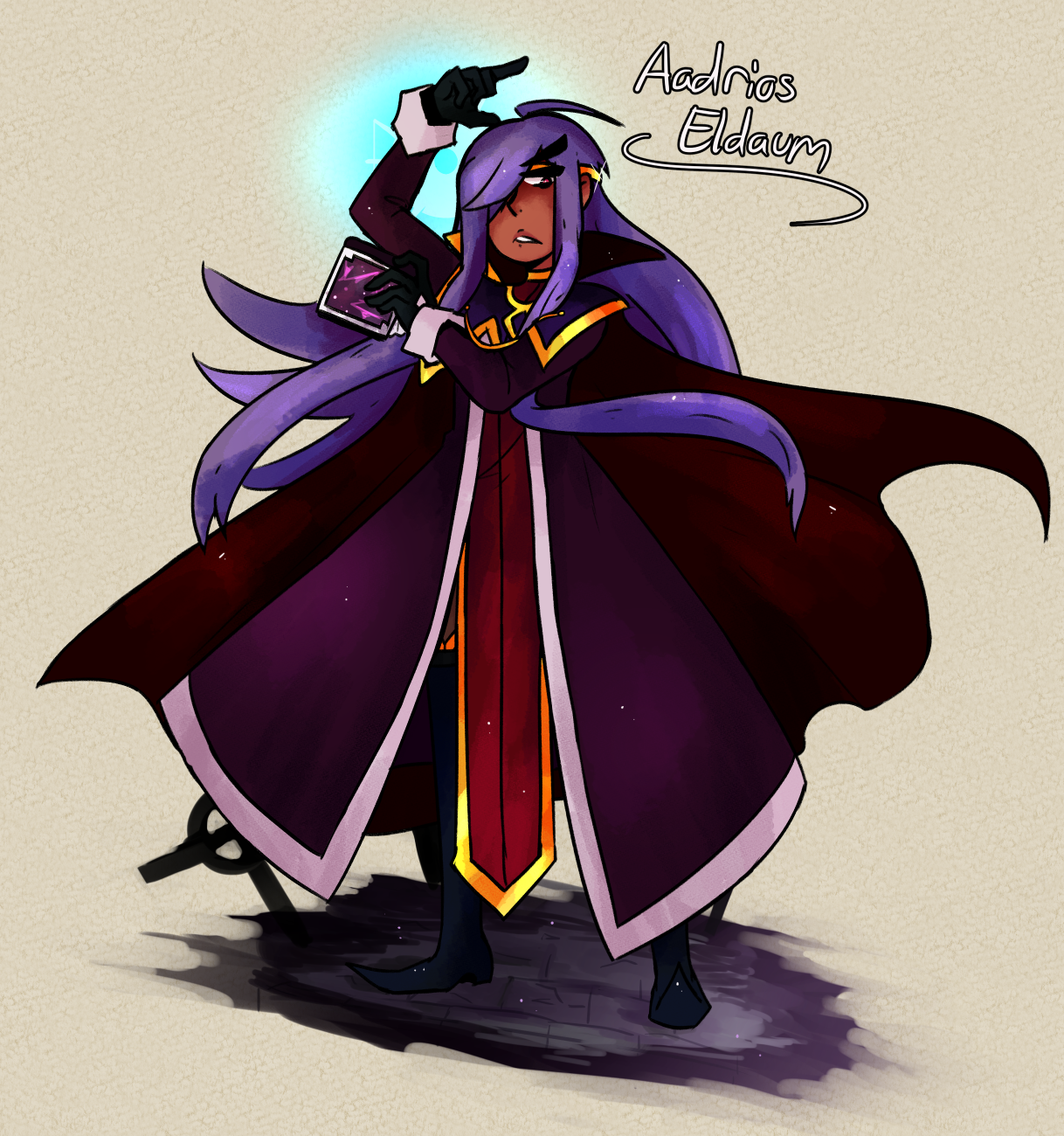 And if you’d like to eventually see each character’s reference sheets, I’d suggest following the gamedev twitter! Things are a little bit more laid back around there in terms of what I post. Also, I scaled down the fullbodies for this site, so the fully sized ones will also be on the dev twitter if you have interest in that.

There are three more protagonists that have yet to be seen, so I wonder if these three will still retain your interest as the others are eventually revealed...


With that, this about sums up what I wanted to say for this devlog. I can’t give an exact schedule on when I’ll post devlogs, but the end of every other month is the ideal. Which means the next log is planned for the end of May.

Well, until next time!
Now that looks like a fight up ahead... run around it or run straight into it, it's up to you!

Hey Aadrios, I think that skull's big enough. It's covering the entire enemy. 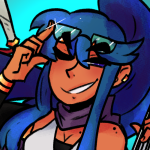 Close
03/09/2021 05:20 PM
Whoa, thanks for playing CotO! Sorry I missed the stream, but I'm glad to hear you enjoyed the game!
As for the things you encountered or commented on, in order:
Show
The sound effect that plays when using Keir's Lumin Cure was a mistake, and I've gone back and fixed it for the upcoming small update.

Nahhh Briar's not a girl. They're under the nonbinary spectrum & use they/them.

That error that closed the game is a rare one... I unfortunately don't know what causes that error yet, but I'll try to work on figuring it out.

I've fixed that tile passability error in front of the tower. Whoops.

I'm glad to hear you thought the game was calm, that's the overall vibe I wanted to go for with the music & environment.

And I'll make sure to change the HP/MP display in battle to properly show LP/EP.
Once again, thanks for playing & providing feedback. It was nice to watch! And I can't promise it'll be completed quick, buuut I'll try my best to get it completed lmao.
Pages: 1