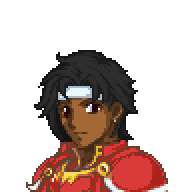 Rudne "Rudi" Orndawn
A young woman from the Kendai Mainlands. She is the granddaughter of Furiosi Orndawn. She has come to Langris upon invitation of her grandmother’s, and is given the opportunity to become a Guild Master, the head of a Guild that recruits individuals to complete jobs and aid society. 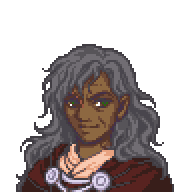 Khale Orndawn
The grandmother of Rudi Orndawn, and a prominent member of Langrisian society. After an unfortunate tragedy, she asks her granddaughter to establish a guild to "light a new era". Stern

Furiosi "The Crimson Storm"
A legendary guildie who met an unfortunate end. Furiosi leaves a number of hints and clues to Rudi about being a guild master as she travels the world. 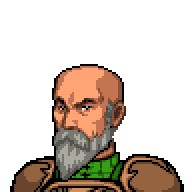 Osmund Storenson
A hearty warrior who used to be a part of Furiosi’s travelling band. Along with Zegiss, he chooses to help Rudne found a guild should she make the decision to purchase the license. Osmund has a rather distinct distrust in Celestial workings as he is dimlit (An individual with very little mystical ability). Because of this he has a natural dislike of the Gyraven, even though he travels and adventures with one for a great many years with Corym. 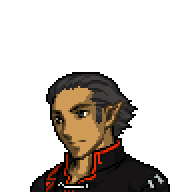 Corym Di Lyralis
A Gyraven outward who used to travel with Furiosi. He takes a particular liking to Rudne upon her arrival and chooses to assist her as the Wordkeeper should she chooses to establish her guild. Fairly blunt and to the point, Corym is a gyraven of reason, often peering out over a book even when in the middle of conversation with others. Behind Corym's stoic exterior is a passionate friend who will give his all for what he believes in. 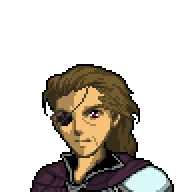 "Boss" Koshi Foy
A seasoned blacksmith who comes out of retirement to see Khale's dream come true. A close friend of Khale from her adventuring days. Boss is a down to business and straight-to-facts blacksmith that cares about getting the job done and done well once it’s started. They have a niece Rennette whom they hope to pass on their technique and trade to one day. 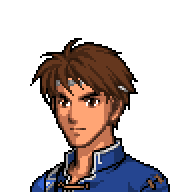 Azren Cyrulius
A grandson of Albert Cyrulius and a guildie who was an apprentice of Furiosi. He is not too pleased to know that his master has chosen Rudi to be her successor over himself. Outside of his own personal grievances, he is a dedicated guildie that seeks to aid those who don't have an advocate in the world of Langris. 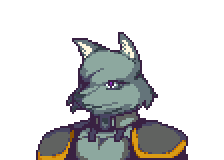 Captain Lycia
A brave captain of the Lupini Tribal Army. She has devoted her life to protecting the dignity of the Circle of Moonlit Fang, and she has fought in numerous conflicts in the Wildling War in the previous age. She is extremely wary of the other beastfolk, particularly the Feylin. 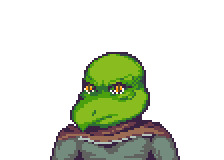 Drazk
A sly, slick talking Esaurin who prides himself as a champion bounty hunter. But, his high charisma and quick wit are a mask to hide his checkered past.