I wanna be a succubus merchant!

Succubus Shop is a weird but interesting game with an original premise: we play as a succubus that is tired of her usual life and decides to open a shop!

The game is set in a typical fantasy village populated by various characters (some may be already known if you played *some particular games*!). They will come to the shop and ask for some certain items (in the beginning tools, potions, food or minerals, but later more categories of items are added) and offer some money but as every good merchant, it is really important to haggle and earn some (hopefully lot of) gold. The system is very intuitive and well explained in the tutorial (game starts really easy but soon will become harder, anyway everything is clearly illustrated), the only problem is that there is no price list, so you have to learn (and maybe write down) the costs of the various products. Each customer will in fact offer some money for the item but sometimes it can be less and sometimes more than the value of the product. No matter what you will want to earn *moar*! 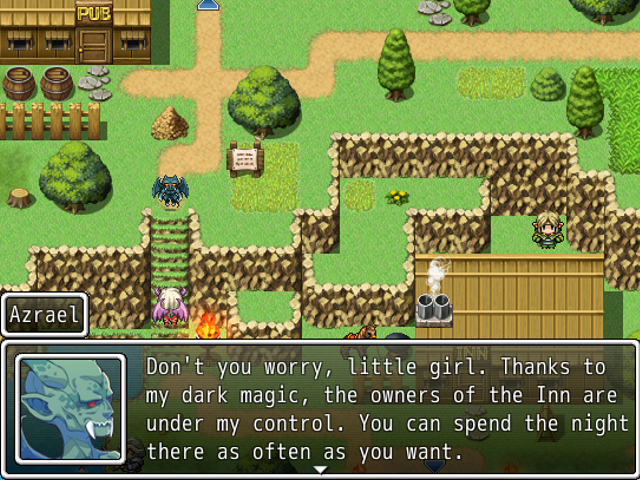 Whoa, this sounds really convenient! (oh that elf guy on the right is unreachable... for now!)

Money is used to progress the game (paying the debts, improving the shop, and so on...), but selling items will let you earn a special currency, the hearts: these are used to unlock special abilities and items (boots to run faster, a rope to access some particular locations, and even an extra character!).

This game is obviously repetitive (there are different days and you just have to sell at higher cost your goods to earn money... obviously!), but it's the repatition that becomes soon addictive (more or less like happens with The Sims), moreover as you progress the game becomes more challenging (there are 12 levels of task), and there are also bonus sections in which you have to tidy the place and you can earn extra hearts with a simple quick time event. But pay attention, because if the customer is upset by your request you may lose some of these hearts!

There are a lot of other details and a lot of extra content, but I leave you (the player) the fun to discover them. What I will say is to experiement, talk with characters (that will be familiar if you played Alchemistress Vivi or Port Traventor) to unlock their profiles, and pay attention to the prices... I forgot to change the value when requesting money for an apple, and I asked for the cost of the gem, resulting in the customer getting angry and losing some hard earned hearts! 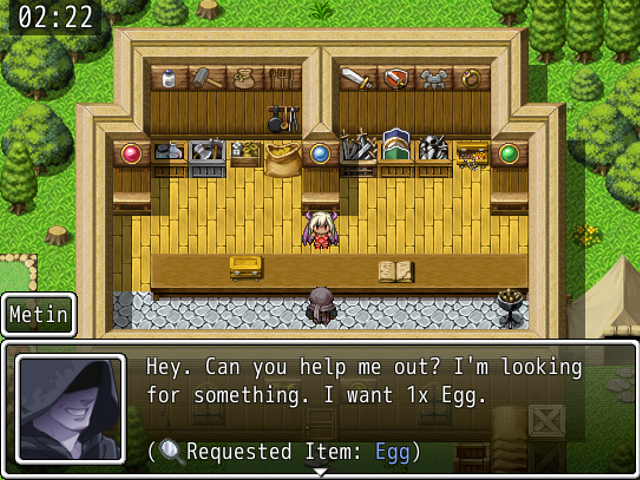 Metin? The shady guy from the Alchemistress Vivi game? What are you doing here and why do you need an egg for? I guess we'll never know!

Final Verdict
Do not underestimate this game: the concept is simple, but well realized and fun! And also not so easy, especially from 6th level onwards!It may not be a perfect game, but I liked a lot the idea and something totally different from the usual game. Is this a puzzle? A simulation?? Well maybe both, in any case, try it you may like this kind of game. because I did!
What could improve this game? Well maybe more customers and the possibility to know the price of the items before having to sell them, but ok, this would make the game even too easy. So play it and get good.

That's right, Metin is Vivi's sidekick in Alchemistress Vivi. Azrael can be found in Port Traventor if you look carefully. If you recognize all the other characters as well, you're a real pro when it comes to my games. :)

I probably won't include a price list, even though that's been requested by many players. However, it would make the whole game too easy.
TheRpgmakerAddict

author=Tw0Face
Wow, thanks a lot for this nice and detailed review. 4 stars make me more than happy. Glad you enjoyed the game. Lemme ask you what rank did you end up with? 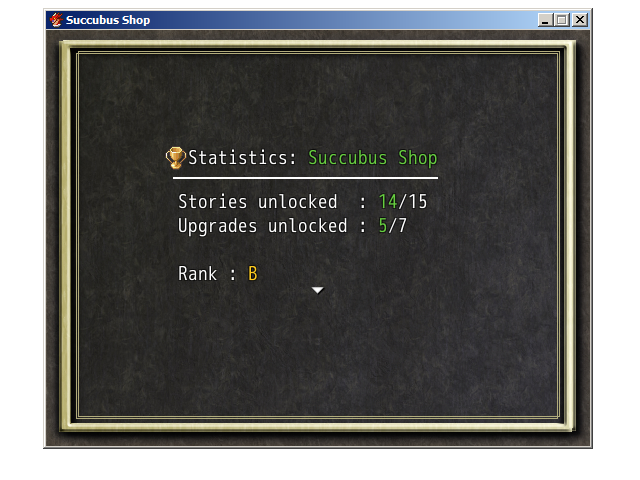 author=Tw0Face
That's right, Metin is Vivi's sidekick in Alchemistress Vivi. Azrael can be found in Port Traventor if you look carefully. If you recognize all the other characters as well, you're a real pro when it comes to my games. :)

I probably won't include a price list, even though that's been requested by many players. However, it would make the whole game too easy.

Yesss I agree. As you can see I was able to finish the game, hardest level were the 6th one (the first timed section) and the last one (of course!).
Pages: 1