Ara Fell...And Then Rose Back Up Again!

Before I get started, I’d like to point out that English is NOT my native language. Therefore, I’d like to apologize in advance for my English.
The following review will cover the full re-release of the game (the new commercial version). Story, Characters & Dialogue:
The story, while basically being another “save the world” type of deal, has some interesting touches to it. It revolves heavily around a conflict between humans and vampires, which usually is portrayed with a dark kind of atmosphere and feel. This is not exactly the case for this game. The world is a really bright one, filled with (for the most part) lighthearted characters and dialogue. Even though the end of the world is at hand, things don’t feel that grim and dark. Things do get serious every once in a while though, but not to the point of switching the tone completely. The player has a lot of time to do other things than saving the world, like picking apples, look for teddy bears, destroy cute animals and put snow in a bottle. 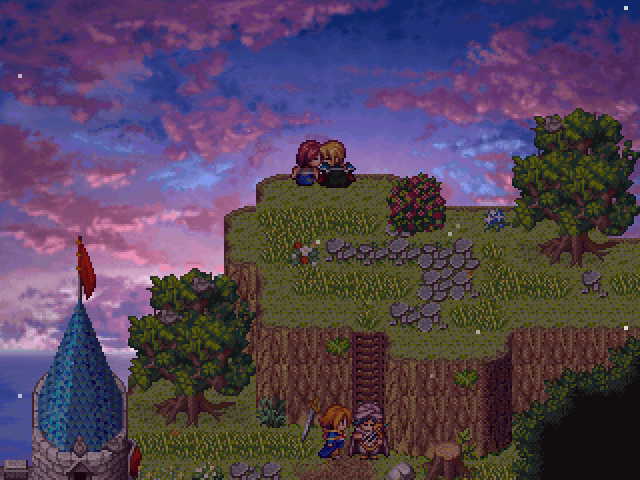 The main cast of the game is a pretty likable bunch. Each of them has their own distinct personalities and strengths (which develop through the course of the game). There are some interesting NPCs in the game as well, especially a reoccurring lady that will reveal a couple of secrets later on in the game. I liked this, since it gave some of the more “minor” characters a bigger purpose in the grand scheme of things. The villains are pretty cool as well, mostly because the majority of them are vampires with superpowers!
The overall dialogue of the game has some decent flavor and doesn’t feel that stale or boring as a result. Most of the NPCs’ dialogue changes naturally depending on what’s going on in the world of Ara Fell. I didn’t notice that many errors in terms of grammar and spelling; most of the dialogue had a nice flow to it.

Gameplay:
For both the reader’s and my own sake, I will divide this into two sub-categories: Battles and Exploration.

Battles:
Ara Fell features an Active Battle System. Normally, I’m not a big fan of this type of system since I like to take my time and think before I start mashing buttons (which I usually can’t since this system is fundamentally all about speed-running through menus before the player’s been knocked out by the enemies). This is (thankfully) not a problem in Ara Fell, since you have the option to turn the “wait mechanic” on/off between player turns through the main menu (which is nice, since it gives the player an option).
The battles are overall fairly simple (deal damage, buff party stats, de-buff enemies, heal and repeat). Things start off pretty easy, but get a LOT harder after a certain point. A bit later, things got a lot easier again. Thankfully, the final dungeon was picked with some pretty nice challenges (looking at you, final boss, who could almost knockout my entire party in one hit). 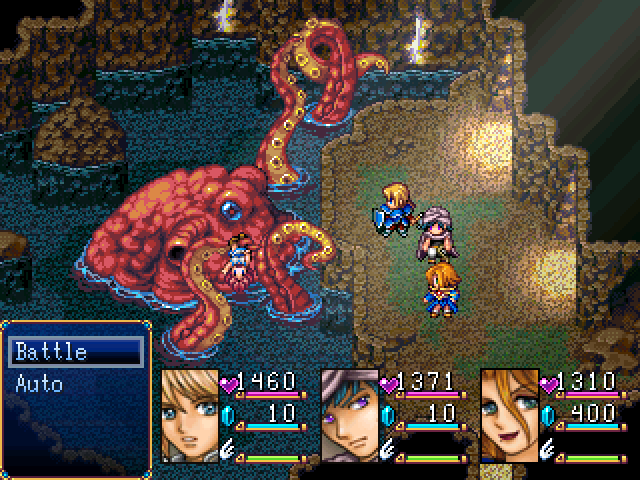 On the more negative side of things, the battles truly felt very repetitive in this game. Most encounters became button-mashing fests (use the strongest attacks that hit all enemies and guard with the healer). I feel that this might partially be a result of how slow the battles are. The stamina/agility bars are moving very slowly, even when my party members have pretty high stats!
Thankfully, the game features visible touch encounters, which lets you skip (most) battles when you feel a bit tired, or simply overpowered. HP and MP (for most party members) are carefully recovered outside of battles, which was a nice touch. I don’t think I ever had to heal my party after a battle because of this and yes; all status effects are removed by the end every battle.

Exploration:
I feel like this is the area where the game manages to shine the most. As advertised, most of the game’s world can be explored from the moment the player leaves Aloria Village, which is the first town in the game. There are lots of things for the player to do right after that point, which includes side quests, bounty hunting, treasure finding and of course; exploring the world of Ara Fell.
You’ll not just find yourself walking, or running around through the maps, but you’ll also swim, crawl, and jump. Heck, you’ll even be able to FLY after a certain point, which is pretty awesome! This is all nice and provides some nice variety to the out-of-combat gameplay. The amount of freedom that the game provides is a very nice touch that will most likely add some replay value to the game. 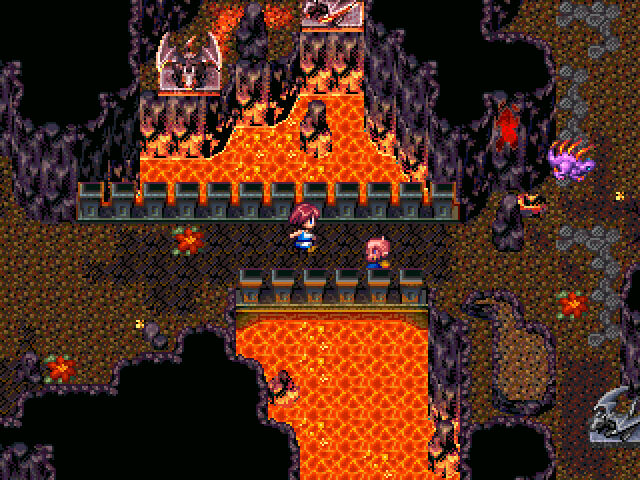 The game also offers a few puzzles every now and then, which is a pretty nice change of pace from the battles. The puzzles aren’t too brutal either, which should be a sigh of relief for all of you who are more invested in the story and/or battles.

Graphics & Mapping:
Most of the graphics are for the most part either made by REFMAP, or custom. Everything looks good and fits together pretty well. The world of Ara Fell is quite a vibrant and colorful one, which is mainly a result of how the graphics have been used. The level design is very compact and detailed, which is a good treat for the eyes. 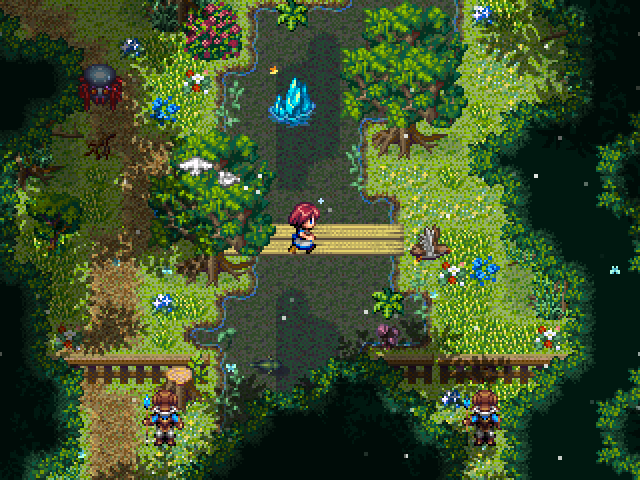 It can sometimes be a bit hard to move around in the maps, mainly since some details can’t be walked over, even if they might look like they could be. Some of the details that block the player’s path can be so hard to see that you might actually think that you’ve found an invisible block, or something. It’s also pretty easy to get lost in the game. Thankfully there’s a well-drawn map of basically the entirety of Ara Fell, which can be viewed from the main menu.

Music & Sound:
The music in the game is fitting and helps to set the mood and atmosphere. The music that plays inside most caves was nice, mainly because of some catchy phrases! Unfortunately, since the same theme was used for almost every cave in the game, it got a bit old to listen to after a while. The battle themes in the game have that grand and “epic” feel to them, which probably is the result of the orchestration. I don’t know why, but I really liked the first piece that plays in the prologue (inside the ruins). It was very relaxing and pleasing to listen to. It hit me in the “feels” a little bit, for some reason. Hopefully we’ll see a soundtrack released at some point in the future.

In terms of sound effects, I don’t have much to say. The sound effects felt like they fit into the world of Ara Fell. My favorite sound effect has to be the one that plays when birds are pecking on statues.

Overall:
It is very clear that Ara Fell is a labor of love. Just by the fact that the developer worked on and off on the game for about 10 years is a true testament of dedication. The game manages to mix flavors from both Japanese/Classic and Western RPGs together pretty well. The game isn’t perfect, but it’s definitely a strong start for a small indie development team. If you’re a fan of the old and classic JRPGs, then I definitely recommend you to pick this up!