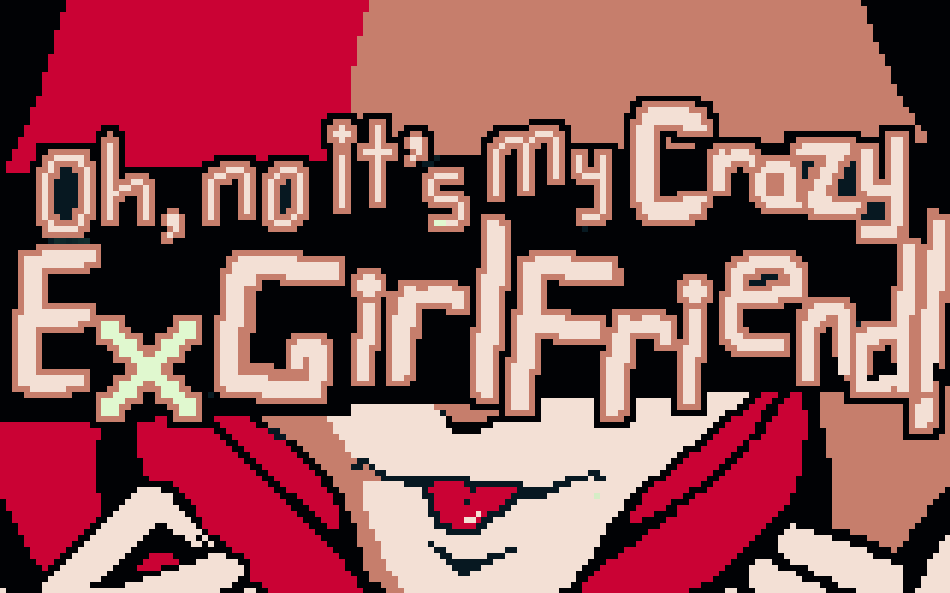 E̶x̶D̶e̶a̶t̶h̶ no wait, it was ExGirlfriend... far more threatening indeed! 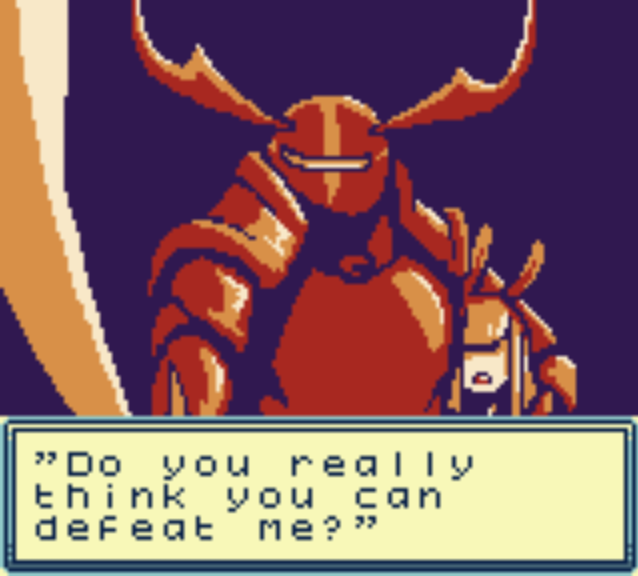 Oh No, It's My Crazy Ex-Girlfriend! is a 20 minutes platform game divided in three stages that has a classical premise: you are the hero, a valiant armored warrior that has to find the princess and face the evil knight! Or so the narrator says, but to learn the "Ex girlfriend" part fits the game you have to complete it first! No spoilers!

The concept is simple: each level has a locked final room and you have to find the key to the last room and go there so you can unlock the next level (because "the princess is in another castle" ... yeah, that's a real classic isn't it?). Each level is clearly filled of hostile creatures, from giant wasps to mices and bats that... well... umh try to defecate on the hero!
But our warrior is not defenseless! He star each level unarmed but he can kill enemies in the classical platformer hero way...
How? But jumping on the enemies, of course! To tell the truth this won't work on every enemies but only with bugs and rats, anyway there are weapons (sword, bow and hammer) one in each location. 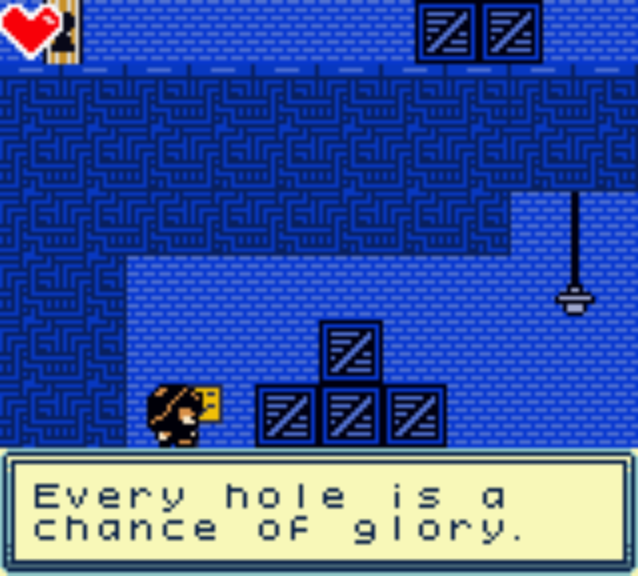 So basically you have six keys, the four arrows to move, enter rooms and blimb stairs, one key for jumping and another to attack and open the crates that will let you get extra lives, healing items (that mercifully are not collected if you are at maximum health, indicated by the hearts on the upper left corner of the screen) or the previousmy mentioned weapons. If you lose all energy you die and lose one life (of course!) but at least you can keep the item collected (keys and weapons) so it's not too bad!

The game is obviously a humorous parody, if you read what I've written before you can see many references to other games especially the SuperMario series, but there is more, like many funny parts in which the narrator for example criticizes the bad design of the levels or recommends the hero not to die in an embarassing way, and comments some silly scenes at the end of each level!

Graphically the game is well done considering the the assets, sprites, maps and cutscenes are all custom made, and this was made for the 1.44 Floppy Disc Event with GB Studio, including also a gameboy emulator (VBA) for a really oldschool experience.
The game is unfortunately not without flaws: first problem is that the hero movements are a bit "sluggish", and it take some practice to calibrate the jumps, but I guess this is a problem of this particular engine since I encountered the same problem in other games that used it. The second problem is that for some reason the save points did not same to work (did I do some mistake? the game said it saved but it could not find and load the save), I do not know why but I was never able to load the previous save after exiting the game, anyway it's not a terrible issue since the game is very short and not too difficult. 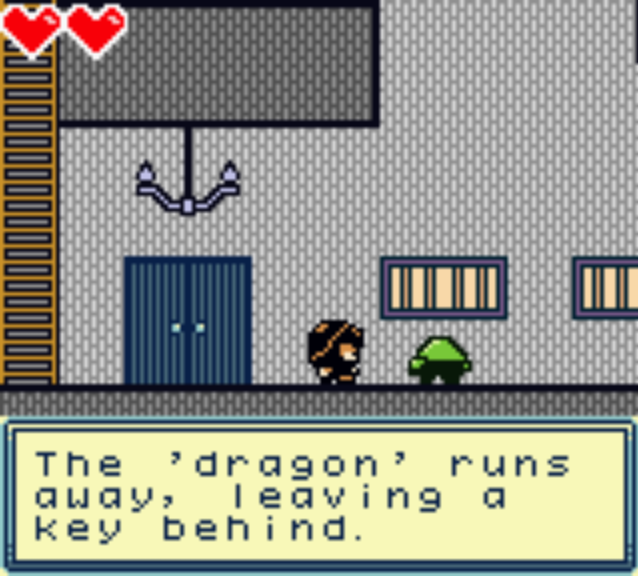 What's a fantasy game without a dragon? Well... a 'dragon' in this case... seems a turtle to me, but it can still kill you!

Final Verdict
Oh No, It's My Crazy Ex-Girlfriend! is an above average entry with an interesting retro style, a simple concept and a really short adventure. The design of the various levels isn't bad even if there are a couple of place where you need to make some accurate jumps, luckily there are no "pits of death" so you may be frustrated but after some tries I'm pretty sure that anyone can complete the game.
It's short, and even if some parts aren't clearly explained (for example which are the chests and how to open them), it takes few time to understand it.

Considering the limitations of time and resources for the event I award this game a 3.5/5, clearly a good entry. I liked the graphical aspect in particular the world map and the slides that complement the narrations, there were extremely well done! Story is also funny even if, as said before, you have to finish the game to understand the title, soooo... FINISH IT!