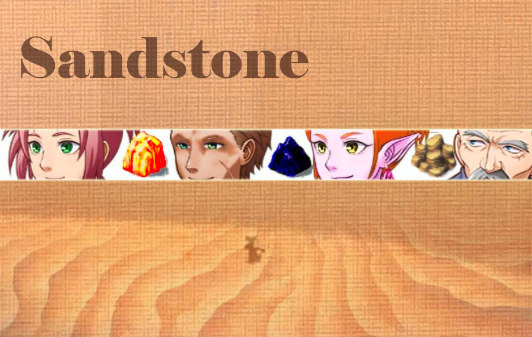 Much thanks to TheRPGMakerAddict for the review, which inspired
the first five changes:

- Stopped use of airship from effecting BGM.
(thanks to Zevia for the plugin)

- Added option to process a single Balm to hidden herbalist.

- Added final smash at the Ship

- Various map tweeks in Sandstone and Sowthin, others.

For posterity and consistency, here is the full list of changes so far, transferred from Itch:

- Added 10 additional shrubs and a HalfBalm in a jug to make things a little more forgiving.

- Added basic description of Fastbalm to Yamm vendor dialog so player has chance of at least vaguely understanding it's benefits before use.

- Changed 'Stonestorm' to 'Skystorm' in several dialog sections that didn't yet reflect the updated name for the occurrance.

- Fixed abandoned fort door dialog (Thanks Goose 3 for the catch)

- Added clue to 'are you sure' prompt before switching from Wrix back to hero; now indicates that player may want to visit someone else before proceeding (Thanks to JJ for the perfect wording)

- Fixed bug where Hough continues to admonish player even after he leaves town to fix his machine.

- Added a little twinkle to the Ruins.

- Custom tiles and new art added to one ending.

- Finally did something with the Slimes

- New lategame map and encounter in Sowthin (thanks @ Sy )

- Reduced number of Skystones needed, to speed up lategame pacing (thanks @ Kazuki)

Big thanks to Sy, who's pro Let Play's taught me much about my own game, and inspired many of the following changes:

- Lowered footstep volumes in many places.