The Child of Fire

0 reviews
Save to Dropbox
A regular trip to a lake with his mother becomes a large-scale adventure after he's attacked by a mysterious man who tries to kill him and kidnaps his mother!
Throughout his journey, he will meet a little girl in search of someone close to her, meet two friends(?) united by a shared cause to save the world, fight against a large army and their four elite generals, and battle against a mysterious hidden organization with foul plans for the world.
Note:
*This game may be a little bit difficult

Please Read:
Greeting! This game, "The Child of Fire", is the first game I have ever made using RPG Maker MZ. This isn't my first time using RPG Maker in general, but it is still my first game on this platform nonetheless.
As this is my first game, I decided not to use plugins (except for the sideview one) just so I could try and figure this engine out first. However, I did try to do the best I could without them.
With that said, if you choose to download this game, I hope you enjoy it, and please leave a review. Thank you! 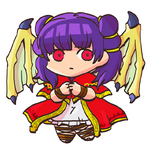 Close
09/10/2021 03:29 AM
The site says my game has been approved and is currently available...
Do I need to place the download link myself or is something wrong here?
Edit: Okay, I added one now. I hope I did that right...
Edit 2: I did not. Trying to figure this out sorry.
Spermidine
0

Close
09/11/2021 06:30 PM
Thanks for the download, but assuming I'm not just too stupid, I'm afraid the folder doesn't contain any sort of .exe file that would enable players that don't own RPG Maker MZ to play the game.
happy_myrrh

Close
09/11/2021 06:57 PM
People who don't have MZ can't play the game?
How do I fix that?
Edit: Does it have anything to do with the Deployment or Workshop tab in the RPG Maker?
Edit 2: I think I figured it out. Changing the download link in a moment...
Edit 3: Changed the download link. Hopefully it works...
Spermidine
0

Close
09/12/2021 01:55 AM
Thanks, the current download contains an .exe file that makes the game playable. I'll try it out as soon as an opportunity arises.
Spermidine
0

Close
09/16/2021 09:19 PM
I just started my playthrough and there is already a huge issue. After fighting a few battles with Eric alone in South Forest, I noticed (way too late) that I - despite the battle screens showing that I should gain EXP - don't gain any EXP. It still says "50 to next level" in the menu no matter how many enemies I slay. Judging by the screenshots, this can't be intended. Do I have to reach a certain point until I can gain experience or are just the enemies in South Forest bugged? Unfortunately, as matters stand now, the game is unplayable because of this issue. Or rather, I don't dare to venture forth, since I can't survive more that one random encounter in a row right now.

Furthermore, I'm wondering if it will be possible to reach the treasure chest in Southtown (plateau on southern part) later. Right now, I'm out of ideas how to reach said treasure chest.

By the way, I liked how there are multiple ways to get killed in the opening sequence (engaging the Death Knight or engaging its summoner). It might be a good idea to place a save statue here so that the player doesn't have to click through the opening again after failing (also, this would be a good opportunity for the player to learn about save statues, as the game doesn't tell the player about them). Especially trying to escape north (one-tile wide passage with no map exit), which some players might try on instinct, results in a surprising death sentence.
happy_myrrh

Close
09/17/2021 01:55 AM
Thanks for the review, Spermidine!
I didn't really think about the whole opening sequence there, so I may go back in and add a save statue at the start. As for the EXP gain, you're not supposed to gain EXP yet. There's a cutscene that you can trigger by progressing through the game that will change Eric's class, and thus enable EXP gain.
As for the treasure chest in Southtown, you're not able to reach it yet. You'll gain access to it later in the game.
Spermidine
0

Close
09/17/2021 03:20 AM
Thanks for the explanation, then I'll keep at it. It wouldn't have made sense for me to continue if I hadn't been able to gain EXP at all during the entire playthrough, but if not being able to gain EXP is only a temporary matter, I'll probably be able to manage.
Spermidine
0

Close
09/19/2021 02:22 AM
I'm enjoying the game so far, especially the party members' banter, the interesting and balanced battles and the well-hidden treasures (including, but not limited to the "mysterious merchants").

Unfortunately, there are a few game-breaking bugs (at least nothing unavoidable so far). You probably want to inspect the following issues:

Close
09/19/2021 03:44 AM
Yikes... thanks for bringing those bugs to my attention.
I believe I fixed the problems and I'll change the download link soon (I assume that's how one would fix bugs... if not, just let me know).
The fixes are as followed:
The Riverside Port bug (triggered by talking to Aiden instead of Raime) was simple enough. Aiden's trigger didn't work the same as Raime's but it should work fine now after the changes are applied.
The Yulia Port bug was also a simple fix. I simply blocked off access to Riverside Port until the Light Shrine is completed.
The Light Shrine bug was dumb on my part, and I apologize. I used the wrong switch and as a result, one of the battles on the western side of the room disabled the only battle on the eastern side. That should be fixed soon, so sorry about that.
Pages: 1