False Skies is a class-based RPG, so naturally there's a bunch of classes to talk about.
There's various tiers of them you stack onto your party members, but today let's talk about the first ones you get your hands on. They're hardly the flashiest classes, but like a house needs a solid foundation, an adventurer needs a solid skill set to start off with.

Special: Each class gets a special skill they can use for 0 SP. The catch? While their other skills transfer upon changing class, their special skill does not. Sometimes this change isn't a big deal; sometimes it completely changes how you use a party member.

Capstone skill: A lot of classes get a particularly useful skill upon reaching the point at which one could move on from them; 10 levels in T1 classes, 15 levels in T2/T3 ones. Some classes lack these, mostly those that are more about getting variations on a single type of skill.

_________
screenshots have been edited for clarity

Generalist
Special: A weak self-heal.
A class exclusive to the first character you make, Generalists are the jack-of-all-trades their name implies, able to equip most weapons without penalty and getting a wide range of skills, but not really excelling in any one category.
What they do get that other classes don't is Pike, an ATK buff that can be targeted at any ally. 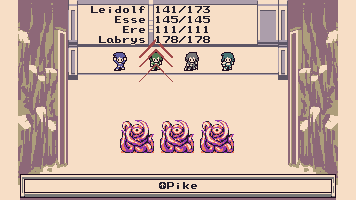 Fighter
Special: Raises the user's ATK by 30%.
Perhaps the most basic class , Fighters are your standard sword-using heavy damage dealers. Fang, and later White Fang, do pretty respectable amounts of damage, but don't expect any fancy things from these guys, even if you do keep leveling in it past the point where you could change classes. 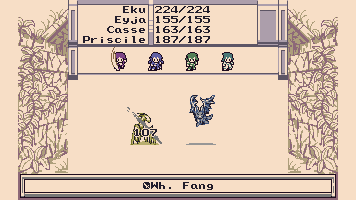 Mage
Special: A non-elemental SKL-based ether attack.
The ether- and elemental-based counterparts to Fighters, Mages get fire and ice skills to take advantage of. Perhaps more interestingly, they also get Twinshot and SKL Amp , and their capstone skill is Alagni, a multitargeting fire attack. 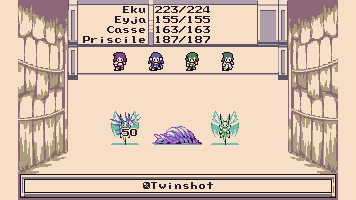 Recon
Special: Either steal a portion of an enemy's stat, or potentially nab an item.
Thieves by another name, Recons are the only source of accuracy reduction, and the only source of evasion reduction for a while. Their special skill is a bit finicky, changing modes when the target's HP is lowered a bit, but their capstone skill lets them 'survey' items even after their class change! 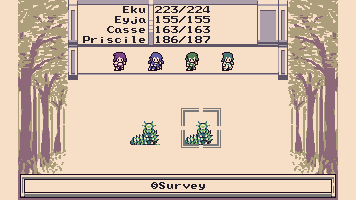 Healer
Special: Heal an ally for 20 HP or 10% of their max HP, whichever is greater.
A vital part of any class, healers get the bread-and-butter single-and-multitarget heals you expect from the role. More interestingly, they also get Autopana, a heal that automatically targets the ally with the lowest HP. 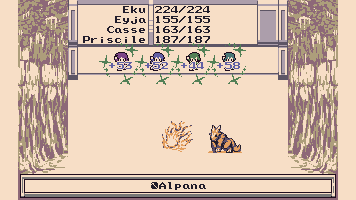 Defender
Special: Doubles the user's DEF until the end of next turn.
Things like 'aggro' and 'rows' aren't a thing in False Skies, but Defenders do the best they can to shore up squishier allies regardless. They get Fere and Alfere, the single and multitarget versions of the defense buff, as well as DEF Loan, which lets them transfer part of their DEF to an ally. The catch to all this is that they have no ability to buff SDF and their SP growth is tied for worst in the game. Use their shields wisely, though, and enemies may not be able to scratch you. 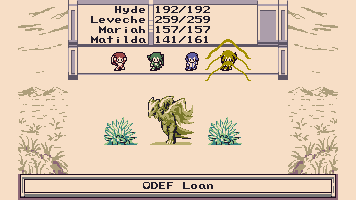 Backup
Special: Either resets the user's SKL if it's below 100%, or restore 10% of their max SP.
At first glance, Backups look incredibly useful, with high HP growth and access to a multitude of all-party stat buffs in the form of their Wave skills. The catch here, though, is twofold: in addition to being weaker than their more permanent counterparts, these buffs expire after a few rounds of combat. With that said, they're cheap and can stack up, so don't shy away from using them regardless. 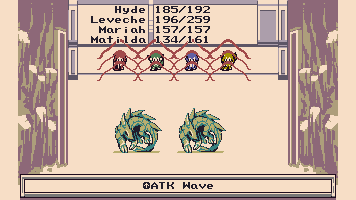 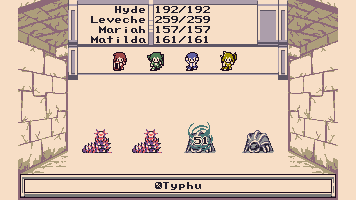 Archer
Special: A delayed ranged attack to one enemy.
These guys are the ranged damage equivalent to Fighters, but like Sorcerers trade raw power for more technical skills. Piercing through defenses, poisoning foes, attacking all enemies at once; with all this on hand, the multitude of birds and on-contact counterattacking-having enemies that may otherwise pose a threat will easily fall. 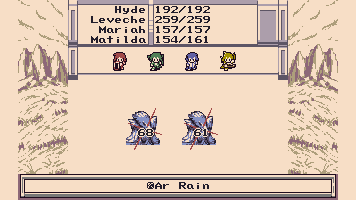