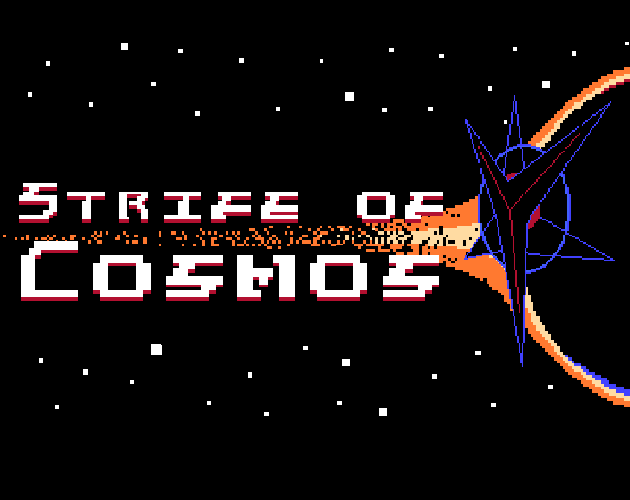 
Strife of Cosmos is a fast-paced space fantasy wave battle RPG where you lead a party of Heroes on a desperate mission to defeat the godlike Void Tyrant before it ends the universe.

Battle your way through waves of enemies guarding the many Zones of Blackstar Citadel. Grow your Heroes by uncovering new Skills and Items. Harness the powers of both Light and Dark to triumph over tough bosses. Die trying to save the Cosmos.

Every run is a little different, slowly unveiling the curtain of reality ...

Can be played using Keyboard or Gamepad.

Some Visual and Audio Assets from Degica and Game-Icons.net. SFX from Degica.​

Full Game and Soundtrack are now available for purchase on itch.io.