On a stormy night a man runs for his life, chased by his invisible foe, the odd lightning lighting up his path as he strives to reach his destination, Whitebastion Castle. His leg has been bleeding strongly for the last 15 minutes, yet before his legs give in, he reaches the gates of the castle. With his remaning strength he pounds upon the gates and screams for help, finally collapsing of exhaustion as the gates open up. But... did the man save himself, or did he doom the inhabitants of Whitebastion Castle?

Guide the protagonist and fledgling monster hunter Armin as he helps the inhabitants of Whitebastion Castle fight against the evil force that has chased him for days. 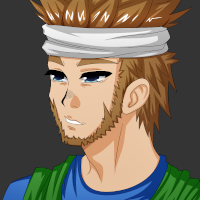 Armin - Monster Hunter
A monster hunter who's just started his career, he's found himself in the precarious situation of facing a dangerous monster that he's had very limited experience with. 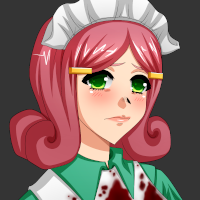 Lisa - Maid
One of the many maids and servants of Whitebastion Castle, she's been thrust into a situation that her worst nightmares couldn't have prepared her for. 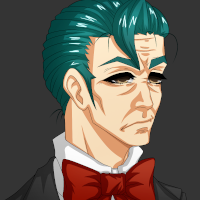 George - Head Butler
The head butler of Whitebastion Castle for over 15 years now, the only struggles he's ever faced have been untrained castle servants and what menu to prepare for castle's, rather picky, resident noble. 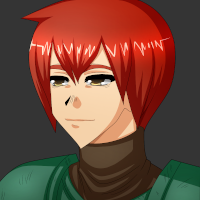 Samuel - Guard Captain
A veteran of war that has served Whitebastion Castle for barely 3 years, his time in the front lines have helped him train the castle's guards into a competent force, yet how useful this training is in fighting monsters is another story entirely.

-Amazing lighting effects
-Compelling characters and story.
-A persistant threat that will chase you endlessly
-Lots of pixelate blood and gore. PLAYER DISCRETION IS ADVISED!


It'S here is a horror game initially realeased as a demo for the RMN Commonplace Book Halloween Event of 2021.

I hope all of you had a wonderful start into 2022 so far, and that this year treats you all pretty good. Now then, onto the blog.

After the last blog that announced I'd finish the game in January (hopefully), I've done some work on the game. I decided to add a small crafting system, to give the player some fighting back chance against the Spectre that roams the halls of Whitebastion Castle. I don't have a GIF to show you how this works, but all I can say is that you can craft some healing items to patch yourself up, among other things. Best of luck ;)

I wish you a nice day and see you on the next blog. Have a wonderful day and again, a happy new year! :D

It's here with you, can you survive?

Close
11/02/2021 12:28 AM
Yooooo. I'm getting some Temple of Memories vibes from the description. I'd love to see this one in action, and will see if I can't play it in the coming days. And hopefully, not a year after me saying I'll play it!
OzzyTheOne

author=Muffle
I was like WOW a new rpgmaker horror game! Looks good! Then saw the developer was Ozzy.

First of all, how dare you.
Secondly, thanks! :D
Thirdly, it's a demo, you hate demos, don't touch this game Muffle!

author=AtiyaTheSeeker
Yooooo. I'm getting some Temple of Memories vibes from the description. I'd love to see this one in action, and will see if I can't play it in the coming days. And hopefully, not a year after me saying I'll play it!

Don't worry about it, it's just a demo right now, but I hope to finish it before 2022 rears it's ugly head.
OldPat