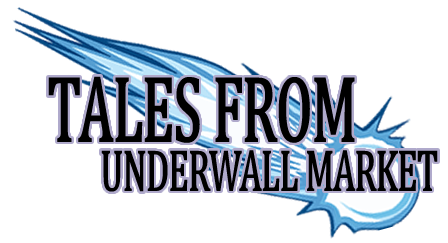 Tales from Underwall Market is at its basis a fangame and faithful recreation of my favourite RPG game. I have however kept the name, contents and characters slightly different so as to not attract attention from the heavy handed developers of that game. I'm sure you can work it out.

TfUM is set in Underwall Market, an undercity within an undercity. A hive of depravity where people can live out their final fantasy in seven deadly sins.

I will recreate maps from the original game, with my own flair, for exploration, and then add my own maps which will extend these and allow you to see further.

The game will be episodical as such (but released together); each episode will feature one of the primary seven fantasy characters from the original game, but each with their own twist that I won't spoil. As an example, however, one of the character's stories is their coming of age and finding themselves.

It is a way of expanding the backstory of the various characters.

In the final fantasy, seven fangame characters will come together in some way.

I am primarily using Japan Collection graphics with my own edits, and probably Time Fantasy sprites although this may change.