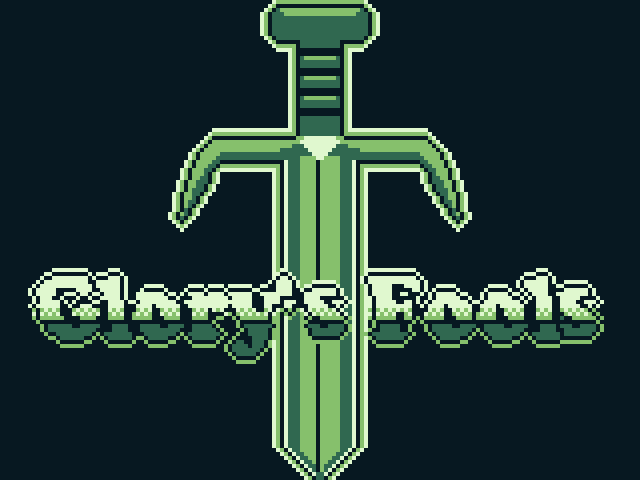 Long ago, in the dawn of man, before the world could be shaped as it is today, the path to becoming a legend was laid bare for all comers. Monsters freely roamed the land and the Gods gave blessings on a daily basis. Truly, it was a hero’s haven, if you knew where to go. Recently, there have been tales of a true monster god roaming the land, Medusa. She is said to have the ability to turn anyone foolish enough to challenge her to stone. Are you foolish enough to test this tale? Or will you let glory slip from your grasp?

Featuring a diverse cast of quirky characters with unique dialogue based on how you play the game
Dozens of spells, armors, and weapons to find and master throughout the game
Unique enemies with custom battle strategies when encountered
A compelling narrative inspired by the tales of Ovid.
Branching narrative based on your decisions in battle and in the overworld.

Planned: Gameplay of around 10 - 20 hours.
Planned: Dozens of dungeons to explore filled with mythic beasts and slimes.
Planned: Over 70 different kinds of weapons, try what fits you
Planned: Over 100 enemies, each with their own tactics of battle
Planned: Plenty of cities inspired by the myths of ancient Greece.

“The Gloryhound” - A fool by any other name is still the same .
Born somewhere (metaphorically speaking) and raised on myth and fantasy, the Gloryhound seeks to find their fortune, not in doing good works, but in doing Glorious Projects. Hostile to criticism, the Gloryhound is a braggart, but good for little else.

“The Barbarian” - A true son of the land of Libya.
He claims to be some form of noble, a descendant of an honorable house of Berbers. Or is he a champion from Libya? Or was he a son of Apollo? Either way he's quite the talker and quite the fighter. He can be found in Corinth. Trying to leave and telling tales of his life.

“The Heathen” - Some type of wicked Magos.
She prays to no gods and serves no master. Truly a savage. Her powers come from nature and she is able to commune with the spirits, much better than she can with humans or maybe it's just the Gloryhound. She is rarely found in the city. You'd have better luck finding her in the woods with the other beasts.

“The Shrew” - A strong willed young woman. With a mask.
A real talker who whatever reason chooses to wear a veil. Maybe she's a leper. Or like so beautiful she'd bewitch Zeus. Maybe there's a beard under there. No one knows. She's a lady of real mystery for sure. She’s able to do something called “medicine” but it is more likely she is blessed by Hermes. Whatever the case, she’s a life saver.

Grey - A kind old hermit who has taken a liking to the Gloryhound.
He’s great at giving wisdom, though it always seems to be someone else's fault if things go wrong. He’s also great at finding problems for you to solve. Like unnaturally talented at finding things for you to do.

Medusa - The Queen of Serpents, the mother of monsters.
The True Villain of the Ancient world. Yes, no question. Truly and unequivocally, wicked, and bad. With a single glance, she can turn you to stone.
So beware.

It's been a while. I've been working very diligently to make the game the best it can be so allow me to highlight some changes made in the past few months. I tried to work on smaller updates, but it kept ballooning. Good news, the demo is approved on Steam and that was a major goal of mine. Unfortunately, at the time of writing the store page is still not visible, but hopefully, that changes in the coming days. Moving on to the current build of the game:

Starting with the intro, I've cut some of the dialogue and added a RNG to one of the options just to speed things up.
I've cleaned up some of the writing to make characters more defined in the early game.
Added a friendship and annoyance mechanic which will play in the full game for secret abilities of some of the allies. This is a minor addition.
Added a bestiary for the enemies 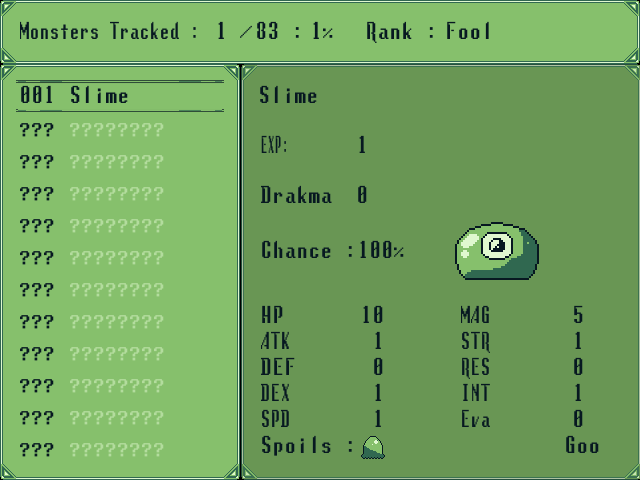 Changed some of the bosses to be more challenging.
One major one that I'm proud of is the level up notification being more detailed. 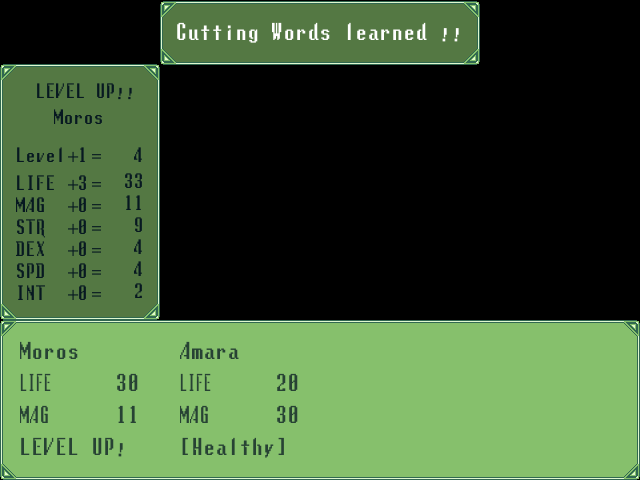 I've also added some new skills to some of the monsters and characters.
I've changed some of the character's learn sets as well and added some priority skills as well.
I've worked more on Arachne's Dungeon to make it more playable and Pan's Forest to have more playability and accessibility.
Thebes has a full quest line along with a bunch of side quests.

This is closing in on the final updates to the demo as I get ready to work more exclusively on the final release. I will be updating this of course, but for now I hope you like the additions and the changes in the game so far!
Title Screen For Glory's Fools!

author=Ephiam
Nice! Glad to see this finally on here! =)