0 reviews
"At the end of the twenty-fourth cycle, a band of heroes defeated the Divinity of Chaos.
To aid their triumph came Gods long forgotten, at the call of a powerful warlock."


Awaken as Lex, self-important wielder of a legendary sword and repeat amnesiac, and explore the broken world of Gandir to find out why entire parts of it are missing - and more importantly, what happened to you and your life partner, the magic-flinging satyress Scarlet.

Ascension is a mixed action and turn-based RPG with a focus on exploration and puzzle solving using both main characters's simple one-button moveset in various ways. The story aims to be light, classic and fun, with inspiration from pulp fantasy and old school JRPGs, and a hero of dubious morals. It is a solo project (save from music tracks by Dario De Mitri) and uses fully custom-made graphic assets from head to toe, as well as an entirely custom battle system.

As it is my first attempt at a game, it will be somewhat short and likely have snags, but I appreciate all interest in my journey. - K

Well yes, but actually no

This is K reporting, for the first time, hello.
First I'd like to thank anyone who has shown interest in this blog or in this project, it's been a ride, I am very much not tall enough to be on it, but I'm very grateful to be here nonetheless.

I wanted to address the reason why the updates have been slow and put an extra spotlight on the new direction Ascension has taken.

After a lot of deliberation, it's been decided to shift from fully Action RPG as initially announced to a hybrid Action/Turn-based RPG as shown below

As demonstrated, touching an overworld enemy will trigger a standard, but entirely custom turn-based encounter (with its own quirks that will be disclosed as progress continues) but weaker critters may also be dispatched immediately with a flash of a blade (or a burst of flames... well, you get the idea.)
The goal of this approach is to make more complex, important fights interesting while giving a reasonable place for people who, understandably, do not enjoy backtracking to areas where they have to be stopped every couple minutes by a critter they could kill by sneezing on it hard enough.


- What does this mean for all the old progress?
Actually this sets me back very little. Most of the work that was made concerned out of battle exploration and basic action RPG stuff that will in broad part remain in use anyways. How do you like my item drops engine? I worked very hard on it. Thankfully, this will all remain a big part of the game.


- Why take a radical shift? The action seems to work alright.
As you may tell I've been using RPG Maker 2003 as an engine (with the addition of Maniacs Patch) and despite it being surprisingly versatile one thing that it is really kind of not very good at doing is action combat.
I knew this coming in, truly, but decided to go along, figuring that by keeping my combat simple and not the main focus, I could excuse it.
But while I was trying to setup enemy behavior on taking and dealing damage, and getting the glaring ever-classic issue of hits sometimes failing to register, I realized that if I was unsatisfied with how my chinchillas moved and attacked, there wasn't a way in the world I could convincingly make a very good encounter with literal gods.


- Won't adding an extra style of combat make it way too ambitious?
Sort of... kind of...
It's definitely going to be a lot of work at first, a lot of boring to share work, since it's all combat design and engine building. But the thing is, figuring out enemy AI, bosses, projectiles, all of that was also going to be a lot of work. And I feel like once I have the basics done, it will, simply, be a much less frustrating experience for me to add new things on, and for you as a player to enjoy.

- Why not just port this to an engine that can actually do what you want??
I can't program!
Well, I don't know a coding language, would be more accurate. I could learn. I could follow C++ tutorials and move this to Godot. Or I could re-purchase Game Maker and use the tools from it. This is my flaw as a person, though. It's very difficult for me to think of moving this entire project without feeling the burnout from having to relearn and restart everything from scratch. We aren't that far in, but really, it's still too far in for me. Next time, yes, if you can believe me, I definitely will.

Hoping you may read about it in another devlog, one day. 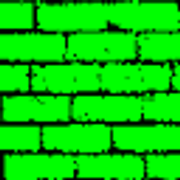