The Lord of the Rings

0 reviews
Save to Dropbox
This is a complete rpg adaptation of the masterpiece written by JRR Tolkien and directed by Peter Jackson. Primarily based on the movies in terms of script, music, and visuals, but with additional material from the books, as well as original content. Join Frodo, Gandalf, Aragorn, and many more in their quest to destroy the One Ring in the fires of Mount Doom and end the threat of the Dark Lord Sauron once and for all. Delve deep into the Mines of Moria, defend Helm’s Deep from Saruman’s Uruk-hai army, and explore the toxic wasteland of Mordor.

Form multiple parties of up to 4 with 15+ playable characters travelling across Middle Earth by land, sea, and horseback. Switch between parties to solve puzzles and advance the story. Includes numerous mini-Games and action battle systems, easily 30+ hours of content.

Combo skills for Merry and Pippin, including theft.

Bribery skill to pay your way out of fights.

Now updated with extensive prompts to show where you need to go. Back in the day I assumed people would know what had to happen next from watching the movies, but maybe not everyone remembers every scene of all three extended editions at this point, lol.

To play open the LOTRc folder, scroll down to RPG_RT.exe and run it. 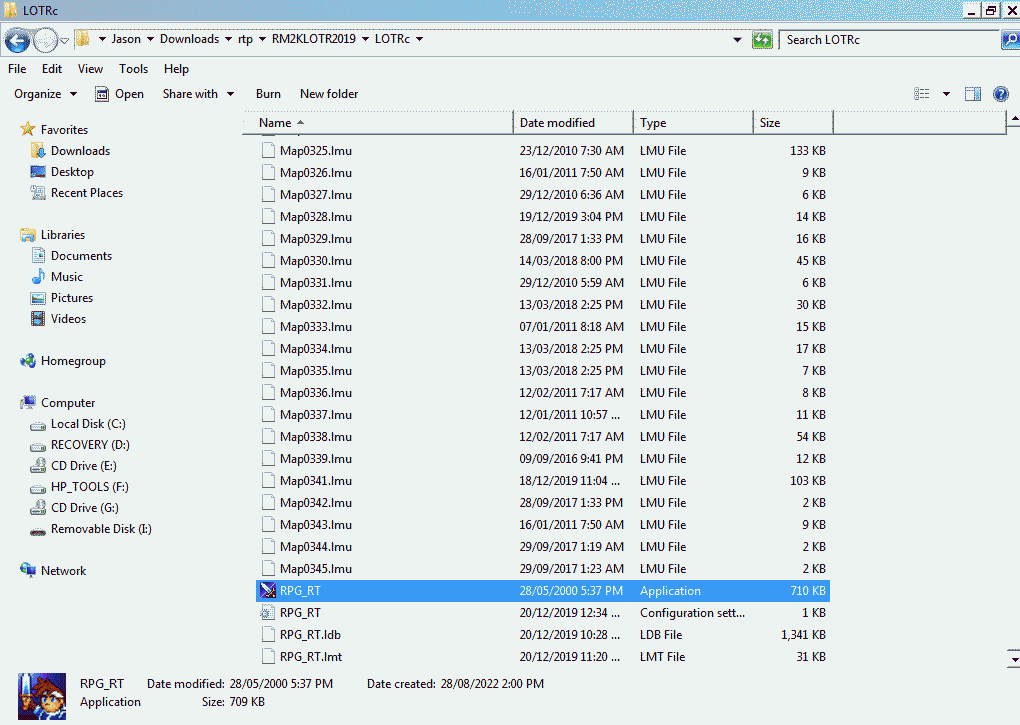 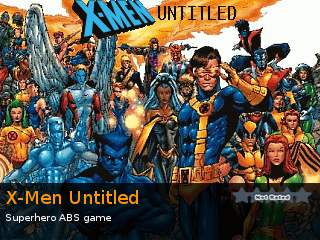 This update fixes a major bug during the final sequence if you don't disguise yourself with orc armor, but is also much more user-friendly.

There are extensive prompts throughout indicating where to go or who to talk to next. The intro scroll is more legible. Most enemies can now be fled, as well as bribed to end combat. There are also several new minigames right from the start if you do deviate from the prompts a bit. (Check out the Edoras stables.)

It should work with old saves as far as I know, and hopefully I didn't cause any new bugs. Please let me know if you have any issues, thanks!

Close
08/20/2022 07:53 AM
Lord of the Rings is my boyfriend’s favorite movie series, I’m very excited to show him this and see if he wants to play through it together

Also, you should be able to submit the official download on the gamepage now that the game’s been approved, just so you know. With a download it’ll let people leave you reviews so I would recommend it :)
gothicmiriel
576

Close
08/20/2022 01:10 PM
The original content is mainly to add game elements. Most of it is optional except some of Gandalf’s travels and the mines of Moria. If it stuck entirely to the source material there would be long stretches of walking with very little action.
vadis
802

Close
08/22/2022 02:48 PM
Yeah, that's the issue about adapting from a conventional novel, right? That's why I always write my novels in such a fashion and insert enough action so they can easily be adapted into Role Playing Games.
Tw0Face

Close
08/28/2022 12:48 PM
Idk it was made before the legal version was available. Did you open the game in rm2k? Should be able to play it without having rm2k installed at all, just the font patch.

Edit: I'm told you might need the old rtp. Honestly thought it included all necessary rtp files in the download so it could run off the rpg_rt application file.
Sidewinder

author=Tw0Face
Game doesn't start for me even though I legally own RPG Maker 2000 and have its Runtime Package installed.

author=Tw0Face
Game doesn't start for me even though I legally own RPG Maker 2000 and have its Runtime Package installed.

this happens to me too. does anyone know how do i find old rtp, if that is the trick? xD
BongHenry
158

Did you try running it standalone off rpg_rt though?

Edit - the above link may be the new rtp, idk, this one might be better:

Edit - the above link may be the new rtp, idk, this one might be better:

none of the links in the second one are working for me, and when i tried finding and installing older rtp on my own, i got a different error
BongHenry
158

Close
08/28/2022 06:03 PM
Idk what to tell you, just dl’d rtp 1.0 and it installed fine for me. Are you on a windows pc? The game download seems to have rm2k itself included in a separate ascii folder, along with the rtp, there and in the game’s folders as well. Go into the LOTRc folder, scroll all the way down past all the maps, and run the file RPG_RT.exe. Should have a purple icon with a sword.
LordBlueRouge

Close
08/29/2022 02:15 AM
if you're still having trouble with this, i'll see if i can help put together a working download for ya tomorrow morning.

I made a tutorial awhile ago here that breaks down how to fix this: https://rpgmaker.net/tutorials/2610/

Show
(TLDR/Summary of Steps):
1.Edit RPG_RT.ini with "FullPackageFlag=1" to run without RTP
-Go into your game project folder
-Find a file called “RPG_RT.ini”,
-Add “FullPackageFlag=1”, Save.

5. Use RMtools to scan/import missing RTP files for rpgmaker2000/2003 - or drag and drop/merge Backdrop - TitleScreen RTP Folders into your game
6. Test your rpgmaker game on a computer that does not have rpgmaker installed.
7. If no errors are found, you're done!

(If anyone comes across any problems with this tutorial, let me know and I'll revise it later on. This took awhile to put together because of the pictures and some issues involved with RMtools - I wanted to make something that was very easy for everyone to use and understand.)
Marrend

...this? Kinda looks like you did the same thing on the aforementioned gamepage of X-Men Untitled as well.

*Edit: I was incredibly close to writing "X-Man United" instead, here.
BongHenry
158

author=LordBlueRouge
if you're still having trouble with this, i'll see if i can help put together a working download for ya tomorrow morning.

Ok thanks, I made a new download of just the game disk, maybe that will work better.
LordBlueRouge

gothicmiriel, let us know if this fixes the issue. i decided to fix the rtp and add the harmony dll file and see if that'd work since RTP seems to already be included within the games folder.

please let us know if this worked for you.

EDIT: if it works we can take out the ASCII file since RTP already seems to be installed. so it'll be 51MB instead of 71.8MB
gothicmiriel
576

gothicmiriel, let us know if this fixes the issue. i decided to fix the rtp and add the harmony dll file and see if that'd work since RTP seems to already be included within the games folder.

please let us know if this worked for you.

EDIT: if it works we can take out the ASCII file since RTP already seems to be installed. so it'll be 51MB instead of 71.8MB

just downloaded and tried it, happy to tell you that it works!! does it have to be fullscreen, though? not that i mind, i just find it unusual i cannot make it small haha
gothicmiriel
576

Close
08/31/2022 12:49 PM
ok, i played it for five minutes and because i am incapable of either liking things a normal amount or reacting to things in a normal way, I AM IMMEDIATELY HERE TO TELL YOU I LOVE IT!! we are barely into the shire and i am already like dfjkldfjfljsljsfdjlsjklsgjksgjlslsl
BongHenry
158

Close
09/08/2022 11:59 AM
Currently playing through and really enjoying it! Though I am a bit stuck. I finished what I had to do in Minas Tirith and did the sidequest with the orcs, and the walkthrough says I need to go back to Hobbiton now. But when I do, it tells me that I must not tarry there and head to Minas Tirith. Did I find a bug or did I just miss something that I had to do?

Edit:
Turns out I did miss the puzzle in the secret room behind the bookshelf, but I really hope completing it isn't necessary to progress, I've never been able to do one of these sliding block puzzles in my life >.<
BongHenry
158