0 reviews
This is a complete ABS game featuring Marvel's X-Men.
Help Beast find the other X-Men around the world to
save Professor X from Magneto's evil clutches.
Switch between mutants at any time to utilize their
unique attacks and abilities.
Features multiple endings and new game+ option
after completion.

BEAST: You start the game with Beast, but he's quite
useful all through the game for his speed, and as a
backup for your main melee character. To use him to
full effectiveness you need some room to move around,
charging back and forth over enemies. Go back and
forth just above or below shooting enemies, then dodge
when you hit them before they can fire. You should
also switch to Beast if you get cornered so you can
escape.

CYCLOPS: Cyclops shoots beams of energy. Attack
enemies from a distance and move back and repeat if
they start to close in. You can fire over some objects
that you can't walk on (logs, tables, etc.) so use
these for cover to take out the enemies at your
leisure.

JEAN GREY: Jean shoots telekinetically like Cyclops,
but has a shorter range, and does much less damage.
However the enemies will fly away from you so she can
be useful as far as breaking up groups. Jean can also
shoot through walls for some cheap but slow kills. Not
a very useful character in fights, she gets replaced by
Professor Xavier at the end of the game.

STORM: Storm does a whirlwind attack that affects all
adjacent squares. The top left square hits a little
late though, so watch for that. Storm still has the
most effective attack in the game however, especially
against groups of enemies. She isn't as tough as the
other melee characters though, so watch her HP. Storm
can also fly over certain terrain. (Water mostly.)

WOLVERINE: Wolverine does a simple head-on melee attack
but it's quite powerful and can be done repeatedly
"machine gun style" by holding down the attack button.
Wolverine also regenerates health, which makes him a
good all around choice to slog through levels with.

NIGHTCRAWLER: Nightcrawler can slip through almost
anything, but only for 5 squares. If you end up inside
a wall you'll take damage and end up where you started
the teleport from. Teleporting through enemies damages
them slightly, but Nightcrawler is more effective if
you stand still and do a stationary warp just as the
enemy walks on top of you. This does a lot of damage,
but unless you move at the last second the enemy will
always be knocked up, so make sure you have room or you
could take a hit yourself. Nightcrawler really isn't
an effective fighter though, and should be used mainly
to speed through levels rather than fighting.

GAMBIT: Gambit throws charged cards a few squares in
front of him. If they hit an enemy, or an enemy
touches them they explode and damage everyone nearby,
including Gambit himself if he gets too close. You can
also press the button a second time to manually trigger
the explosion. Gambit is very useful against shooting
enemies and groups, but only if you have room to
maneuver.

COLOSSUS: Colossus grabs enemies and throws them clear
across the room. If you manage to hit another enemy
with the throw they both take damage. Colossus is also
invulnerable for a moment when throwing, but he's still
not that great against large, tightly packed groups.
He is very tough and powerful though, and works very
well against almost all bosses. A great all around
character to have, but rather difficult to get.

ICEMAN: Iceman's attack is very similar to Cyclops',
only it's slightly weaker and freezes the enemies in
place for a few seconds. Most bosses will only be
slowed down by this however. Can be very handy in
doorways or narrow hallways against lots of enemies,
blocking their path to you, and is a better ranged
attacker than Cyclops all around, though you don't get
him until near the end of the game, and he is slightly
weaker, especially at first. Iceman can also create
ice bridges over water or lava one square at a time.

PROFESSOR X: Professor X fires psychic energy like
Jean, but can take over the minds of certain enemies
and control them. The enemies he can control have
powers mimicking Storm, Wolverine, Nightcrawler,
Gambit, and Colossus, and must be used on the final
level if you didn't get those X-Men. 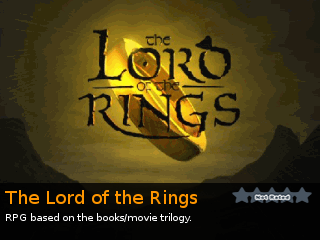