The Tower of KYLE

The Review of KYLE

I had a couple hours to kill, so downloaded I did.

The front page does a pretty good job explaining the story of needing to explore the new dungeon. For those curious about the party’s backstory, there’s a short bio for each party member. The plot isn’t here to win a bunch of awards, but it gets the job done. What was written, I enjoyed. 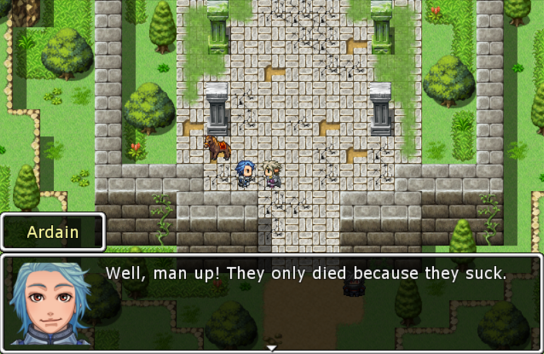 Best line in the game.

The tracks fit the aesthetic. Certain enemies get a different theme. The dungeon theme also changed after I climbed a few floors, which I appreciated.

When in doubt, go up.

Enemies do not regenerate, and I can see them a mile away on the map, although some weaker foes will chase. Anything that looks like a ghost is more like a mini-boss. Anything that doesn’t stand in one place can be escaped.

The loots in the tower are more like elemental variations of the party's weapons because some monsters have type weaknesses. I found out near the end of the game that I could swap gear in-battle, which shaves a few seconds when encountering enemies with a resistance to my party’s current weapon type. Actually! The party has a skill that can just make the enemy weak to a type, of which I made frequent use.

The game is also forgiving. There is a ceiling on the number of items and full heals, but much more than a player will ever need are available, so they can be used liberally. If someone is THAT much of a hoarder (don't judge me), there is a HP heal loop during battle, but MP is (slightly) scarcer. For the completionists, there is also a bestiary that’s not too painful to fill out. 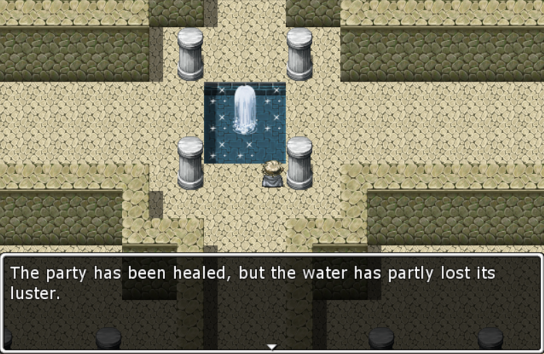 Oh yeah? I'll swim laps in this thing no sweat.

This is a thoughtfully put-together short game that can showcase out-of-the-box assets for RPG Maker VX Ace.