Devlog1 - The Ash Black Cat and the Happy Ogre

The time has come: finally, I'm writing an actual devlog.
What I worked on this last two months... 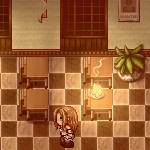 Hello, everyone!
First of all, let me thank you for trying out the demo! This is my first "big" project on RPG Maker, and I'm like... a little ball of anxiety, so, seeing some interest for this game made me really happy.
I made some significant progress, so I think it's time to update you all!

The general idea of ​​the game is to have five different areas - one for each floor. You can therefore think of floors as "levels". Finishing a floor doesn't mean never going back to it: for some later puzzles and events, you'll need to back-track. However, once an area is unlocked, the whole school will always be accessible at any time. (In the final version there will be no locked doors, unless it's for story sake).

Yesterday I finally finished working on the eventing for the second floor, so the second area is complete. In this part you will understand why I called it "visual novel like". There are choices, branching dialogues, and extra cutscenes (some are optional though)... but there will be also other things to do. I prefer to mix cutscenes and gameplay. I originally planned a different conclusion for this area - something about being locked in a room while someone tries to enter - but... it just didn't convince me. It didn't tell the story how I wanted to, and it was a little too "standard horror RPG". (Nothing wrong in doing something like that, but this wasn’t what I needed.) So, I completely rewrote it: no locked rooms, more trauma for the protagonists, and a scene that I hope will unsettle you at least a little bit. I think this is the creepiest part of the game right now. 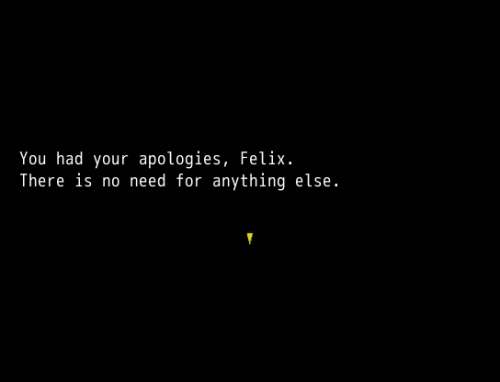 (I wanted to use a good screenshot, but everything else would be a little too spoilerish…)

I had already started working on the third floor maps last month, so now I can immediately move on to the eventing. I had already thought of the puzzles for this area, but then I started adding details and it's becoming a monumental thing... small spoiler 1: there will be an alchemical laboratory. Finally I can get back to making the fancy maps that I love. Yeah, so far I've been trying to keep it simple or something like that. It's an ugly school, after all.
From the third floor you will enter in the realm of the supernatural, so the school will begin to change. There will be new characters - some helpful, some annoying - and the whole story will take a turn... a little stranger. But have my word, I'll explain everything by the end.

Also, have you ever wondered if Gioele will appear as an active character? Small spoiler 2: yes. Yes, he will appear. Very soon too. Also taking someone else with him. Although Feli probably would have preferred only Gioele.
As soon as I've drawn the busts, I'll also introduce you to Gioele - and Abele.
Anyway, if you're wondering, yes, I have the whole story in mind. The different areas, the main events, the endings: it's all there, I just have to create it inside the RPG Maker. Of course, I still have to better define some minor puzzles, but aside from that…

- What will change in the final version compared to the demo?
Well, various things. I replayed the demo a lot of times to make sure everything worked, and listened to the feedback.
- First of all, I will add footstep sounds. At first I didn't add them because there was already the sound of the dialogue (The beep beep when they talk) and I hate horror videogames with too much noise. However, replaying the demo, I think footsteps would help the atmosphere a lot in certain parts.
- The layout of the hallways. I always thought the shape of the hallways was… slightly confusing? But I wasn't sure how to change it. Now I've thought about it and found a design that works better. Obviously I will modify the first two floors.
- More flavor texts, more objects to interact with - and to collect too. When I was creating the demo, I set myself a deadline, so I didn't have time to put everything I wanted. In the full version I will make up for it.
- The sound effects: I will change them all. No RTP, just specific sounds. I really love to work on sound design and music. (Yes, at the moment I'm running around the house trying different sounds for doors, chairs, books...).
- School maps! (I've already drawn the first floor one, now I have to redraw it digitally...)
- In the first segment, when Noelia is going to school and there is a fade-out, you actually get to explore Felix's house and the streets up to the school.

Well, I think I've said it all. I didn't bore you too much, I hope. If you have any questions, I will be happy to answer them. On my Tumblr I update more often, with shorter posts, so if you want to stay updated you can follow me there too.
To the next time!