Ghost in a Bottle

I'm a g̶e̶n̶i̶e̶ ghost in a bottle! 20 minutes of WTF!

Hello...
FIRST a premise: Ghost in a Bottle is a joke game. And I do not mean a parody, but an extremely crazy trash game that makes little sense, made to amuse and/or annoy, so do not expect a serious adventure, but approach it after leaving your sanity at the door.

Ghost in a Bottle is also a Ghostbuster fangame: it takes place after the second movie, when Viggo (or Vego) was apparently defeated. Well apparently, since he was not! And then he killed three of the four ghostbusters, that became ghosts. Of course. Peter Venkman/Bill Murray is still in activity, but the protagonist and our alter ego is a wheelchair-boung boy, that is Venkman's greatest fan! And yes, when his idol is in danger, our young hero will help him, of course! 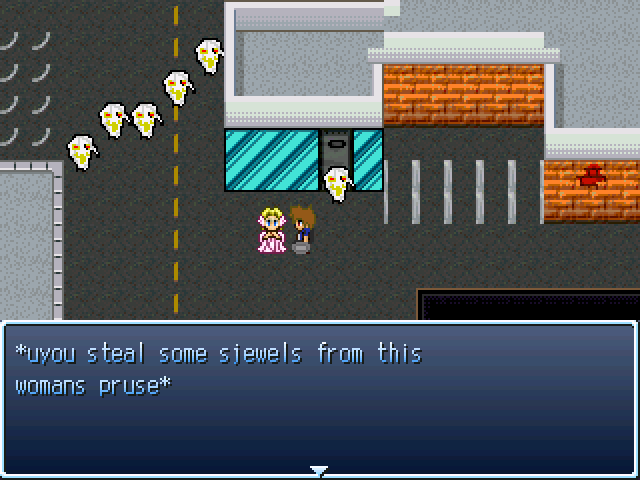 Our protagonist seems not to be a nice guy!

Ok, that's more or less that happens in the game or what I copukd understand since the game is a bit of a mess: every diaologue is so full of typos that you will believe the characters are speaking gibberish. Maps are... uhm terrible, full of errors and clipping problems but ok, there are still some interactions that you may or may not find amusing, and that's not the worst aspect of the game, I guess. There are also battles, random encounters against bizarre enemies, that are mercifully short and easy including the boss, but I assure you that's better skipping them since there is no experience or levels in this game, so no need to fight random battles.

Anyway if you want, you can, and you will have three options: a standard attack, the typical ghostbuster proton rifle (even if there is no reason for the boy to have a proton rifle from the start... well I guess even if I may have missed someething. Yeah, maybe) and a healing skill, but since skills do not need mana points or anything you can win simply spamming attacks and remembering to heal once in a while. That's all! Really.

There isn't much else to say: music comes from the Ghotbuster movies for thr most part, there are loud sounfs and a mish mash of graphic assets from different sources. It seems that the developer took an extra effort to make an annoying game, see for example the unnecessary initial loading screen. Also the animated cutscenes that are ugly but clearly took some serious work from the dev for me made. Thank you for these! 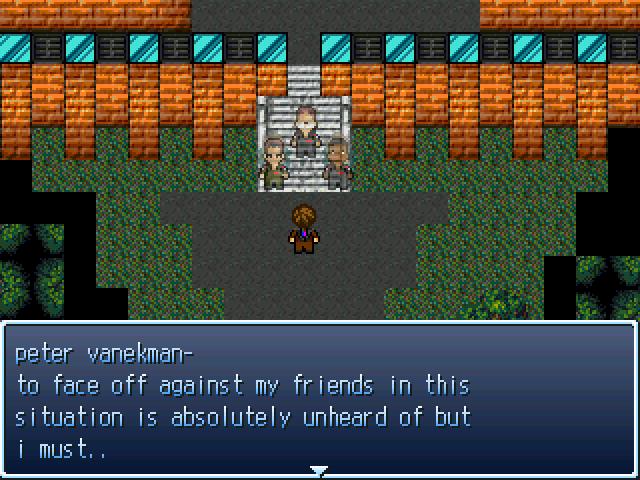 Oh no! Peter Venkman is the only surviving ghostbuster and his friends joined the enemy!

Final Verdict
Ok you cannot play this game seriously, so I cannot gove a serious rating to this work: this is the kind of game no one can expect. Is it terrible? Genius? Horrible? Entertaining? Probably all of these at the same time, I guess. You surely can enjoy it, or maybe you will stop midway, annoyed by the terrible spelling and nonsensical plot, personally I do not recommend it, still the ending sequence was the best and I had fun! Waste twenty minutes and see by yourself. Or not. Just ignore this review.