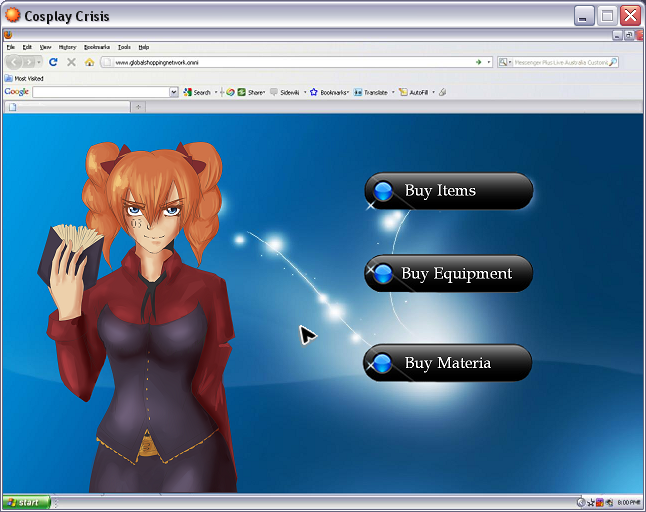 Close
01/29/2011 03:58 PM
This is not the -real- Marian. In Cosplay Crisis's world, online shopping is handled by bots similar to vocaloids with programmed AI (see the 03 on her cheek?). Marian was going to be replaced as the Omniax Network bot, however people complained so Marian stayed. Her attitude is no different as to how it appears in her original incarnation, which was why Omniax was going to replace her.