1 reviews
Save to Dropbox
For so long now that you can't even remember, some technological entity has stolen you, a la Captain N, into your collection of Video Games. Over and over again he's made you the protagonist, only to kill you when you try to face him as the last boss. Still, you soldier on. You figure, he's got to slip up sometime...

Retro Fatale is a text adventure written in Inform 7 for Game Gale 2010.

Retro Fatale - The making of

Usually, whenever there's a push for some kind of game to be made on the site, I don't participate because I don't have any ideas for games rattling around in my head. This one was no different, but a few days after it started, I suddenly really wanted to make a text adventure game, and so I went about learning Inform 7 when I had a spare moment. What I learned intrigued me, since it's actually very easy to get a few rooms up.

So, I just started with the first thing that popped into my head, and then the next thing, and the next thing. Everytime I got stuck, (the syntax can be especially picky sometimes - I almost wish it was a real language instead) i would look at the provided examples.

After I was about half done making the rooms, I finally decided to seriously look at all the items I had just made up on the fly, and decide what else I should have. about halfway through the making of the whole game, I settled on the puzzles.

By far the most trying thing was character interaction. I really tried to make the characters be as interesting as possible, and interact in interesting ways. mostly, this is achieved by the "ask someone about something" command, but a couple fo times you get funny reactions by giving things to people. Also, people say things out loud, in their sleep, or follow you around.

I have a new appreciation for how complicated these games can get, although many aren't that complicated.

I also wanted to make the game easy, in the sense that the puzzle progression is fairly linear, and there are many places you can get hints for each puzzle.

Overall, I learned a whole whack of things making this game. I think it's fairly impressive for a first attempt EVER at making a text-adventure, and I tried really hard to make it so that there was no way to sequence break. I even included multiple endings! And there's only one place to die! I hate it when you die too often in these games...

Anyway, if you play it, I hope you try to beat it without looking at the walkthroughs first, it's much more fun.
This is what you first see

You're going to have to appease the troll

You're not the only one with problems...

I just realized, I made the normal ending more work to get than the good ending.

I used a program called Inform 7 to make mine, if you're curious.
Dezz

(this looks pretty amazing. I am a pretty huge IF fan.)
starwaker

Close
05/12/2010 03:47 AM
Nice game I like it. I was looking around on the internet to find a text game that would inspire to make one of my own. Thanks you have inspired me to do so.
Hexatona

Close
05/12/2010 07:52 PM
Of course, I find a stupid bug AFTER I submit it to the judges for Game Gale :P V1.3, once approved, should fix a bug where you could get into a certain room without the requisite key object.

Also, sorry, no monospacing - I guess I just like the regular font better for now.
Kael 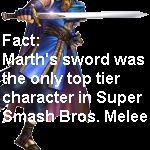 Close
05/13/2010 06:50 PM
Played through once, had the end boss beat me to death, read the play though and got the good ending the next time around, had fun both times.

For those of you who want the old school mono-spaced green font on a black background:

1. Fire up Frotz and launch Retro Fatale
2. Go into the View menu and click on Options OR press ctrl+p
3. Set the font colour to a bright shade of green and the background to black, set the font to Courier and click Ok to save the changes
4. Reload the game using the New Game option in the File menu
5. (optional) press alt+enter to switch to full screen for the complete nostalgia effect
6. ????
7. Profit
edchuy