Matsumori High. Where everything begins. And ends.

Matsumori High is an RPG game that you love or you hate, some elements are done pretty well while the others failed badly. Let's begin with the best elements;

I'm quite impressed how well the main characters designed. You can find every kind of people in there, pretty easy to "get in" character cast.

In the other hand, second main character is Masako, unlike Goho, she's the brain of the group, her intelligence is everything's solution, she's the second leader of the group, but she don't like to be leader, mostly of her supporting skills.

Nari is a such a bitch. She's the scary one, I suggest her to visit a psychologist in no time...

Villains are not very well designed compared to main characters, they have a small background story but I'm sure the creator explained well enough in his another game. So, some stuff stays in mystery.

While all of the main character cast is good, let's examine school's generic NPCs. School's %50 are pretty much living corpses, babling same stuff over and over in the whole game. Like one of the NPC cleaning a room over 30 hours (really?) until you came and help him in the second day, why can't you do in the first place? Goho's class mates never ever leaves the classroom, what is wrong with them? It's a school, people can't stay same after days pass. It's a social place after all.

Actually story starts average, just a regular day in school, you'll meet with your friends and do stuff. At the end of the first day, you wake up in another Matsumori High, this is where plot story becomes intresting and weird, you meet with Mina in there, she's a guardian type of this dream "Matsumori High". You are in a dream world that all of your friends live, and share the same dream. If you die in there you die in real world, also you'll learn these 2 Matsumori High is connected in a way, sounds familiar?

The only thing is how weak the game's end. You'll face against a man that you never heard, he's an annoying fella that changes his forms. After that battle you'll get the cutscene that Mina appears and get the villains. So that's it. The last cutscene and fight could be way much better. It's a dissapointed ending.

It was the first thing I've noticed. When I booted up the game, I've stayed in title screen to hear the music start to end. Overall music is pretty good, except the dungeon theme, it gets real boring and annoying after hearing it over and over in all dungeons, you want to mute it and don't want to hear anymore. Also battle victory theme is so random and long, when I first hear "What the hell am I listening?" that theme overlaps dungeon theme and you can't hear the dungeon after battles. Controls are pretty basic, you don't need a tutorial if you have played an RPG Maker game. There is a nurse's bed to heal and a dungeon over here, easy to navigate through one place to another, linear gameplay always good in these kind of RPG games, so it did a good job on it.

I don't like the vanished characters, in school first thing you notice when someone follows you they dissapear! Party members needs to follow you in the back, it's like a ghost behind you talking with you. You can't see them, but you can hear what they talking.

Dungeon puzzles are pretty easy to figure out but the riddles are not. It took a while to pass the riddle stage, but when you pass the riddles you feel like "King of the Riddles", pretty clever design in there.

Some dungeons needs brute force to beat, some needs intelligence, they are pretty well designed but the only problem is dungeons are so small, only took one or two minute to explore all the areas in one dungeon.

Cutscenes are done very well, but when you pass one area to another area did not done well. When you exit in your school, there should be a mini cutscene that shows "where you at", "what time/date is it". Lack of information about that stuff makes a plot hole in story. In first day you go to bed, suddenly you are in "dream land", I mean in one second after the sleeping. At least a fade out - waiting a couple seconds, could do the trick, it happens too fast.

Nothing much to say about standart RTP, I'm not against using it, but the maps are small and lazy, lack of details, lack of interaction, could be way better. Some places makes no sense, like you've entered a place from left, you appear in south of it. The only map I like the last forest you've enter, it looks alive compared to other dungeons. One building got two exits one in west one in east, no matter which exit you take you'll go to same place. These stuff can easily be fixed by only takes a minute of your life.

Character facesets are average, they are looking good but pixelated, it's not matching the smooth graphics of RTP.

Do you love grinding levels? If so, stay in here. Because you need a lot grinding to be sucessful.

Weapons, armors and items are pretty cheap, but weapons and armor kinds pretty limited, not very intresting choises you got in there, everyone can equip the same armor and the weapon stats are same except for the staffs. Getting Tier 4 Equipment is tricky, you've to do a side quest to unlock them, I don't know that until I can't beat the last boss with Tier 3 equipment even I leveled my characters for it.

Unbalanced battles between dungeons are frustrating, each dungeon you enter you found yourself useless against new enemies, they deal so much damage you'll end up saying "Wow... really? I can't even deal damage to them." but there is a solution for it... Leveling up is pretty easy, in maximum 2 or 3 battles you gain a level and you might learn a new skill. Each character has a unique element that can use, that's pretty good.

Battles are taking way too long in Chapter II and III. Encounters often takes 3 to 5 minute and boss battles become over 30 minute fights.

Everything becomes harder and harder, I mean very hard. Damned Spirit's battle is a good example of defending, healing and attacking strategy, it's the first boss that deals so much damage, each turn your party loses %60 HP, you have to heal with two people while others provides mana potions to healers and attacking to boss, I really enjoyed it. After that battle stuff gets pretty imbalanced, random encounters in forest is way too hard also Nari boss fight was super hard with level 34 + tier 3 equipments. As I said I have no idea about tier 4. That fight took almost 1 hour of my life, good thing I've the patience of Messiah. Also all of the bosses are always goes first when attacking, you don't even need to buy that useless +SPD stuff, Speed advantage of bosses are making fights way harder.

All of the battlers needs serious balance, it's a linear game so you don't want to grind your players hours and hours just to beat one boss.

Story and Characters are pretty well written, but I can't say the same with the battles and ending, if you love grinding this game is for you.

Close
08/09/2013 06:00 PM
If the first fight against Nari gave you trouble, you must have loved Shirai. Good thing there is a walkthrough!

Anyway, with creature balance of this game in general (and others I've made), it had several factors in it. One was what level I expected players to be. I figured players would grind, but my guess as to how much was "necessary" was off. Other factors include what was equipment available, what skills were available, and how much damage they could do. I admit that I went over-the-top with the fights in the Forest of Eternity in regards to equipment and overall strategy.

I wasn't too sure about the ending to this game either, to be honest. On one hand, it's supposed to be a lead-in to another game in the series, but I totally understand how underwhelming it is.
sawworm

Close
08/09/2013 08:19 PM
Shirai is real pain in the ass even with Tier 4 equipments and around level 50. I had to try over and over to beat him, because he always goes first in attacks and if you beat his one form with low hp characters, his new form's attacks always goes first and it'll cause a party wipe.

Well, not everyone is good as developer when comes to battles. Increasing exp rates/Lowering monster HP/Stats will decrease the time you spent in grinding, it'll make the battles much better, much enjoyable. Forest of Eternity monsters can deal 1500-1800 HP in one turn to all of your party members, you always need two person to heal your party while the others attacks the monsters, you can only attack with 2 characters in these battles, it's like every random encounter equal to boss fights, they are way taking too long.

But you did a good job on Chapter I and II, with so little grind you can advance through dungeons. When I finished chapter II my level was around 26. And I need to grind 20 levels for that Forest, it's kinda torture ;_;
Marrend

Close
08/09/2013 09:52 PM
You finished Chapter 2 at level 26!? At level 26, I might be considering finishing the Fire Trial in Chapter 1! Though, knowing everything about the game might have something to do with it too.
sawworm

Close
08/09/2013 10:19 PM
I've finished the Fire Trial in very low levels, probably around level 20 without dying, but I was too close to dying in Wind and Fire bosses, my two characters died in these boss battles and my last man standing character dealt the finishing blow to boss, pretty close call to game over, I was pretty lucky. Chapter II is actually went pretty well with potions, %50 HP and MP makes wonders in boss fights, also the 4.th character you choose helped a lot in supporting party, I've used insane amount of potions :[

Edit: Actually I was way lower than level 20 in chapter I's end, I remember getting my ass kicked by angels because of I don't know the "Flurry" skill. After getting "Flurry" I'm able to progress through Chapter II.
Mute 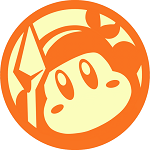 author=sawworm
Shirai is real pain in the ass even with Tier 4 equipments and around level 50. I had to try over and over to beat him, because he always goes first in attacks and if you beat his one form with low hp characters, his new form's attacks always goes first and it'll cause a party wipe.


Shirai is the pain here? If you have two party members with Resuscitation, one with Stun, another for attacking and tons of Super Drinks, he's just a long, annoying grind. It's Nari and Massaki that are horrifying.

Even at level 51 all my party members rely on Stun to get a chance to restore mana, which your healers will need eventually. But Nari and Massaki can't be stunned. They'll just be dealing 2k HP per turn. UGGHH...
Marrend

Close
01/22/2014 06:10 PM
I'll grant that fighting Massaki and Nari right after three rounds with Shirai is not a happy prospect. There is a way around that particular fight, but, it's not obvious, nor is it ever suggested how it can happen. That's my fault, as a designer, though.
Pages: 1