2 reviews
Save to Dropbox
Over 2 years in the making, the first full group collaboration quest has finally been completed. Lost Isle takes you on a journey to a deserted island where the formal inhabitants have suffered a catastrophic event and all that remains is the dead and the decaying. A sinister story unfolds the further you explore the island and evil secrets are revealed as you get closer and closer to the true evil that is conspiring against you. You will travel through ghost towns, graveyards, swamps, forests, volcanos, wastelands and canyons in your search for answers and a way off this haunted island. With one gigantic world to explore, five huge dungeons, an entire island-wide cave system, many misc. dungeons and catacombs to explore, optional Triforce pieces, 36 pieces of heart, myriad of shields and potions, hidden secrets and lurking ghosts; this adventure will test your very limits as an explorer. Only the true intrepid players will see the quest through and claim the much -deserved ending. This is Lost Isle, you have been warned adventurer!

Story: You (as Link) have crash-landed on a seemingly deserted island out in the middle of the ocean. With no real reference point to indicate where exactly you are in the world, you have no choice but
to explore the island and find some way of getting off of it and back to the mainland. But it appears that there was once a civilization here that was thriving, but all that has turned to dust and dead bodies. Undead and foul creatures fill the villages and take shelter in the woods and creep through the dark corners of the island. What could have caused this great catastrophe and is this great evil still
alive and well as you explore the very land that it destroyed? Welcome to Lost Isle...

You can find the ZC Build needed here to play it:
www.zeldaclassic.com
Furthermore, if you need help running the engine, feel free to ask the friendly folks at www.purezc.com. They will be more than happy to help you out!

After a long time in coming, there is a version 1.1 update! With various bug fixes across multiple levels and overworld maps. Nothing too major. In fact, unless you were personally aware of specific bugs fixed, the entire update will be pretty transparent to you. It plays pretty much the same. However, on the new RC 2.50 release of Zelda Classic engine, this quest has been updated to run better on that engine with minimal bugs encountered. So re-download again and enjoy!
Traversing the Akavir Swamp in search of the ancient ruins.

One of the more complex levels in the game: the Sky Garden.

You've finally reached the summit of Mt. Horgrus and its quite cold!

Close
02/16/2013 02:16 AM
The thing is that if someone thinks something is an issue, to their eyes it is. Ratty had no idea about the arrows or whatever else you had to deal with so to him that was an issue.
There's no reason to call him out for pointing out things that he thought needed fixing, especially since he was just trying to help. Feedback, even the kind that makes you frustrated, especially when politely put and detailed, is a great thing and should not be rejected or scorned.

And I assure you, while a good game profile can draw people in, as long as the content of the game is worthy it won't send them away. Sometimes it's hard for people not used to CSS to create a decent looking game page. If you're that worried I'd suggest just changing the green to something that doesn't clash as much with the blue links.

Close
06/07/2013 10:38 AM
Hey Darkflamewolf Its a nice game you created! But i want to ask do you have to ask Nintendo for permission to create this game? I am trying to create a fan-made game as well...
Darkflamewolf

Close
06/07/2013 11:44 AM
Zelda Classic has been around for years and I'm pretty sure Nintendo IS aware of it. As long as you don't intend to make money off of said quests built with this engine, I do not believe they will mind.
Ratty524

Close
03/15/2014 02:19 AM
Hey Darkflamewolf. I wanted to let you know that RMN has Zelda Classic among our list of recognized game engines on this site some time ago, so you can update your project page to show that it's made with Zelda Classic instead of Custom.

Just putting that out there. It would be great if the engine page would show games like this, instead of just solely Isreiri's. xD
Isrieri 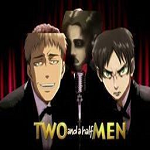 author=Clyve
This page hurts to look at.

Close
05/26/2018 11:03 PM
The hit box collision detection needs tweaking, while playing the game I am swinging the sword at enemies and some of them such as the skeletons don't react at all or just walk into me when I enter a different screen.I have the new version of the game and the map is very confusing to read at times for me. There is the sword technique that you can buy for 260 arrows, how come the arrows cap out at 255 for me? I really want to play your game Darkflamewolf but, these bugs/glitches in the game need to be fixed when you get some downtime please. If you would like, I can happily be a beta tester for the games that you create. Thank you for taking time to read this!
Darkflamewolf

Close
10/26/2018 10:47 AM
Those are probably as a result of version mismatching with my quest. Those glitches did not exist when we tested it on the Lost Isle ZC build AND the 2.5 version of ZC. If you try playing it in other versions, I can't guarantee any amount of success with the quest. Also, there are arrow bag upgrades to increase past 255.
Pages: first prev 1234 last