10 reviews
Save to Dropbox
In the old Island of Azulea, the natives were pushed away from the land they once held. The ones who conquered the land have settled and created a new civilization on the Island. Now that the King is near death, there are 2 groups that are fighting for the throne.

You can change your class once you beat the 1st boss. Before then, you can choose which starting class you want your characters to be, out of 6 of them (Fighter, White Mage, Black Mage, Red Mage, Thief, Monk). You gain ABP after a battle, so once you get enough ABP, the character can learn an ability from their class. There are 40 quests in the game to take. 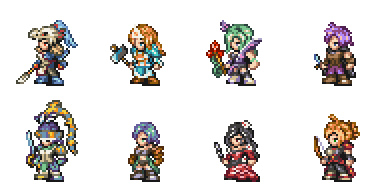 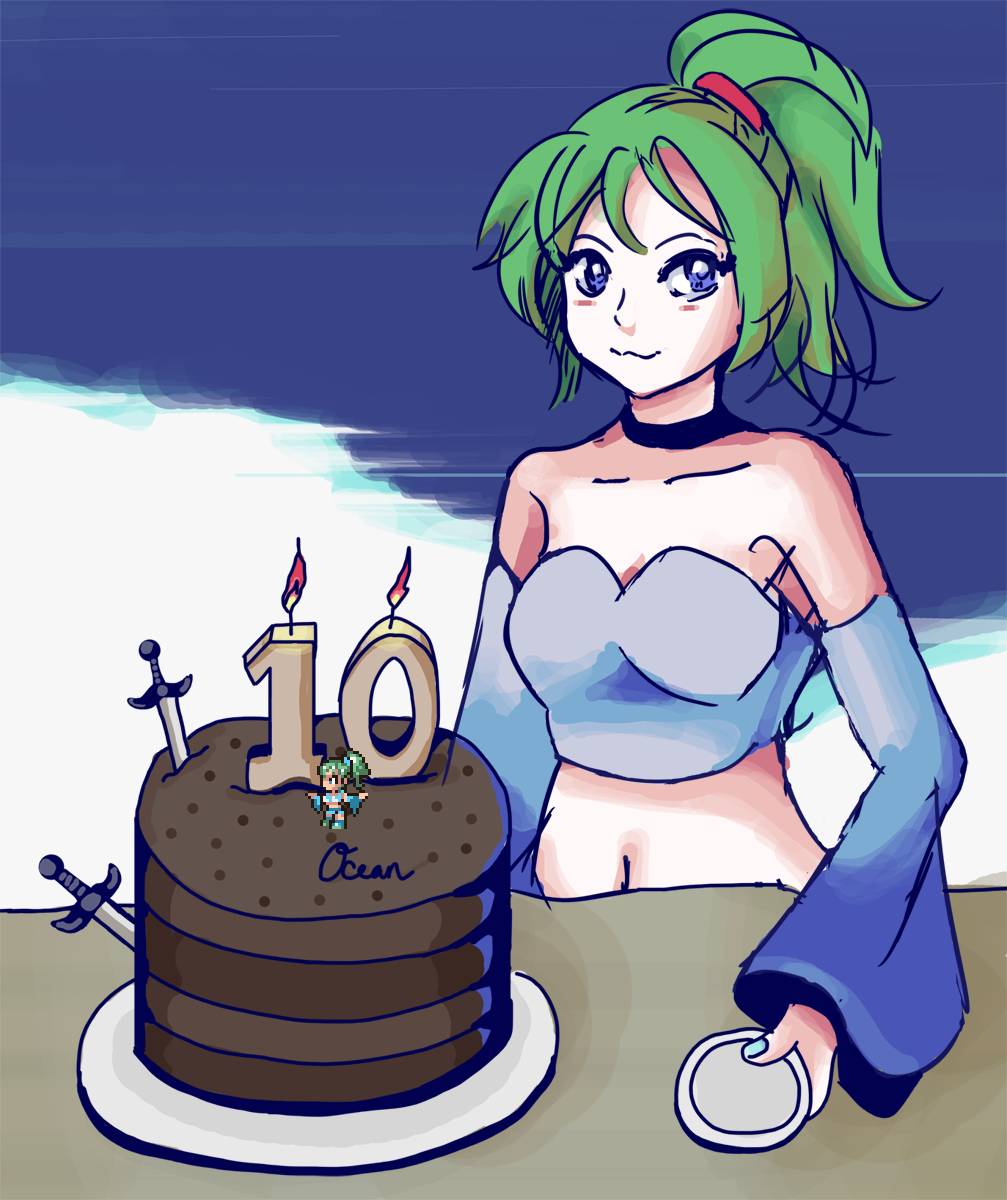 Here, have an Amelia artwork!
Forest

Close
07/18/2008 07:59 PM
You can't, that's pretty much where the demo ends. At that time, the castle wasn't even mapped, so after killing the archer boss there isn't all that much left to do if you did everything in the first town.
bobthebobish
690

Close
09/14/2008 12:51 AM
Enjoyed the demo your battles are very well balanced and fun! The graphics style is appealing yet retro. I'll be looking forwards to the full version for sure.
Ephiam

Anywhoo, I hope that this soon sees completion. The best of luck to you, ocean! I ope everything works out. And , again, thanks for the Boss spirte/image! Can't thank you enough for it!
Ocean

Ah yes, work still gets done on this game, but I've been busy with schoolwork and some small paid projects so I haven't worked as much as I'd like on it. I've got some hopefully good ideas on this, so you could check it out here!
http://paradiseblue.wordpress.com/
Sakura77
0

Close
06/11/2009 09:58 PM
Just started playing it and it's pretty good. Before the final release, you may want to make the ABP screen a little more readable because it's a little odd looking to me. It's up to you in the end though. Hope you finish it!
Sakura77
0

Close
06/11/2009 10:51 PM
Disregard my earlier comment about the ABP screen, I finally figured out how you have it set up.
Feldschlacht IV

I'm hitting the hold button on all my projects for a few days.
Ephiam

Good work, ocean! Gyah! I'm goin' on to download and play it right away! =B
kentona