11 reviews
Save to Dropbox
Alter A.I.L.A. takes place in a post-apocalyptic world, on a remote plateau: one of the last remaining land masses above sea level. You play the role of a young prisoner, who among others, have had their memories erased, and must now fight for their lives everyday for the entertainment of others. From here, the story can go in 3 separate directions, depending on your choice during the prologue.


*People stuck on the Doors Puzzle can consult this handy dandy guide: http://rpgmaker.net/media/content/users/32/locker/Avalon_Door_Puzzle1.png

Someone made a TV Tropes page for Alter AILA! It is guaranteed awesome. :)

Check it out: http://tvtropes.org/pmwiki/pmwiki.php/Main/AlterAILA
AA Screen 1

i wish the dialog was skippable...it crashed after the introduction of the rebels...had to redo the slow intro again >.>

the rebel base...is too dam huge...and again lacking a proper save point with out searching for a needle in a haystack :/

enemy mobs respawn...its bad enough we don't have AoE skills but they respawn with groups of 3-4 :/

the rebel side actually sucks...such a hypocritical group...were fighting for whats right....and whats this "superior" bullshit....Gold is not shit ill kick his ass! freaking scumbag is not better then Kugar

stopped taking notes just lots of senseless battles...
and lacking the ability to save when i want sucks

General Dropped
Show
I honestly had decent expectations from this game at the start. that quickly went downhill after i choose the route i wanted.
a good amount of over complicated mapping almost like mazes combined with a fair amount of rpg battles which to make matters worse they respawn after you kill them...
it can be a bit stressful hoping to find a save location...at least there were no grammar or glitch issues

Overall
i can only recommend this for people who LOVE turn based battles. anyone else may wish to avoid this one.
Boulon

author=Aura
There is a review section for something, darkwraith007, please use it, there is no need to add more salt to the wounds here in the comments please.
And even risking to add more salt myself, the strong points of this game are the weak point of the remake and viceversa, and now please, lets gonna let the sleeping dog die in peace.

And who are you to tell another poster what to do or how to comment? Not everybody needs to subject themselves to writing a review for an otherwise old game, ensuring that the review meets the standard for this site, and then waiting around for said review to be approved (assuming it meets those standards) when a comment that explains a few quick thoughts can do the exact same thing.

Personally, I enjoyed the game for what it was, because it was one of the few sci-fi games (at the time) that was fully completed, but I agree with dark's comments 100%. It was an exhausting game that could have been done much better.

The developer did the game justice with a remake, and that game is far superior to this.
Aura
0

There is a review section for something, darkwraith007, please use it, there is no need to add more salt to the wounds here in the comments please.
And even risking to add more salt myself, the strong points of this game are the weak point of the remake and viceversa, and now please, lets gonna let the sleeping dog die in peace.
darkwraith007
0

Close
07/15/2013 07:56 PM
I'd ask anyone considering playing this to just play the remake. You won't miss out on much of anything. The remake 'Alter Aila Genesis' is a much better creation than the one here.
darkwraith007
0

I feel..tedium; I am merely weary and finally glad that it is just...OVER.
I'm happy this game was remade, because seeing all the near-universal praise for this game makes me think that either this was the first halfway-decent RPG Maker game to be ever released back in 2010, or there wasn't enough honesty in the reviews, or people's standards were just that low.

Let me be blunt, this game isn't as good as the hype surrounding it. A few changes could've been made to unify the storylines together (which has been done in AA:Genesis).

Forcing the player to go through the game FOUR times, then having to REPEAT the last area again because of a false ending...that was a gut-punch and completely unnecessary to do that. I was seconds away from just deleting the entire fucking thing until I read up on the 'true' ending and stuff if you talked to X party member.

AA:G is an exercise in tedium. No more or less. The insanely ridiculous random encounter rate (with the same few shadow enemies) during the final 'dungeon' reminds me of the worst of Dragon Quest games and the outdated tedious tropes of bad RPGs in general. The story kept me going, nothing more or less.

Rebel ending was awesome but confusing, Imperial ending was terrible and I wish I never had to play it at all, Independents were cool but a bit boring compared to the Rebels. The final 4th path was the only worthwhile one, but the final dungeon puzzles were a bit too much. Someone went a bit puzzle-crazy with obscure trial-and-error gameplay that doesn't lend itself well to such a long dungeon.
Datau
50

Close
04/21/2013 12:34 PM
I'd say that depends on your skills, but as a rule of thumb the first playthrough is always the longest and the most memorable. Expect it to last about three to four hours. The next ones are far less challenging, but should be faster to accomplish.

Keep in mind that the golden ending can only be achieved by finishing A.A. at least three times; each different ending gives you a special item that will be carried over in a new playthrough, together with all your credits. You need all the three items to access a certain hidden location in the first half of the game: do that and you will get a fourth ending, completely different from the others and far more satisfying.
MorteTorment
0

Close
04/19/2013 09:25 PM
This seems like a promising game, but before I consider getting into it, can anyone give me an estimated numbers of hours that this game will require?
Valo

The zodiac fights are a ton easier this way anyway, as without the statcreep they're practically impossible until level 45+ without spamming items.

...In my first playthrough I didn't notice the bridges since they're so hard to see. Was only the second time that I noticed the action did anything. (besides the obvious scene significance)
bigtime

author=bigtime
Im stuck in the abandoned city. No clue where to go in those sewers.

It is a bit tricky to explain, but I'll do my best: there are two entrances to the sewers; one is South-West of your starting position; the other is North from the start; to proceed, you must go to the second one. To get there, one shall pass the item store and go North, then turn West, and then go North again; you must then proceed East for a while, until you can only go South, right into a sewer entrance.

IIRC, the only exit from the sewers is about NE from the second entrance. Keep in mind that the first entrance of the sewers is NOT connected to the second nor the third (that comes later) one. By performing a certain action, however, all the three sewer parts can be connected by bridges. And with such a criptical hint I wish you best the best of luck.
bigtime

Close
10/25/2012 04:50 PM
I am afraid a bugfix re-release of AA is out of the question, given this game's age.It's over five years old, afterall.
That being said, anyone who enjoied AA should definitely play Alter Aila Genesis, it's vastly improved remake.
Here's the link:http://rpgmaker.net/games/272/
Valo

First stumbled on this when noticing odd stat gains (especially speed). When switching guns, the game seems to do some juggling with remembering stats and changing classes and such. Unfortunately, the steps are a bit out of order.

What happens is the character's total stats are remembered and applied after swapping classes... Including weapon, armor, and bolsters. This leads to power creep if you switch weapons strategically, and can lead to insane stat boosts if you switch to combat specific types (like in the sewers, against mutants and robots). It also seems to happen semi-randomly on its own, so it might be intentional? (Some battles would be extremely difficult without it)

This can be avoided partially by unequipping all nonweapons when switching weapon class (since it re-equips all nonweapons at menu exit anyway), but the amount gained by the weapon will still be added to the base stats. Can otherwise screw with the ingame events to remove the equipment, then reequip it after the stat jump.

edit: Tested and confirmed easy fix in editor. For each character's Weapon Check common event, paste in a "Change Equipment: (Event's Character) All Unequip" command in each weapon branch before the class change. These can easily be copied from the "Unequip Everyone" common event.

Seems it's a RM bug in the "no stat change" flag making it include equipment stats. Doing the fix this way as opposed to doing stats of current class level also preserves enhancers, which is good.
the_deft
0 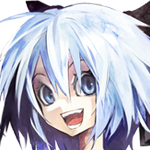 EDIT: Scratch that, I think I've got it.
Cornflakey