9 reviews
Save to Dropbox
Alter A.I.L.A. Genesis takes place in a post-apocalyptic world. You play the role of a young man known as Leon, who seeks to survive in the harsh environment he is brought into.

Exploration is done mainly via a side-scrolling view. In certain areas, an exclamation mark will sometimes appear, indicating the presence of hostiles. Press Z when this happens to initiate battle, or wait to let it pass. Sometimes battle will be unavoidable. When walking, enemy encounters won't occur.


"Known Glitches"
Due to the limited functionality of the RPG Maker 2003 engine, there are various glitches and bugs which are unfortunately unfeasible or impossible to fix:
- Sometimes during an action, the battle data of a character will be temporarily overwritten with another character's, causing them to not perform as expected for that round.
- In certain cases, player actions can be interrupted by the enemy or other character's actions. To minimize the occurance of this, wait for current actions to finish before selecting an action with another character.
- Using items and guarding doesn't trigger the code to check for enemy deaths. You need to actually use an ability, or let the enemies take a turn.
- Although not a bug, Active Mode should be changed to Passive Mode in the in-game menu to prevent enemies from acting while you are taking an action.

"Hints and Tips for Boss Battles"
- Don't expect to just be able to spam regular attacks until you can use your Exceed ability. You won't win an attrition war with the enemy party.
- Always target the enemy's weakness if you can. If you want, think of this as a Shin Megami Tensei game. :P
- Make sure to keep your HP up. The vast majority of bosses have pretty powerful high EX costing abilities that'll wipe out your party if you're not expecting it.

- That said, keep in mind, the enemy is subject to the same rules as the party. In other words, they're also gaining AP and EX, and they also need it to use their more hard-hitting abilities. So if you can prevent them from using them while still retaining the ability to use yours, you'll be able to beat any boss.
- You can tell how much EX an enemy's ability uses by looking at the name of the ability. Similar to your character's abilities, it'll show up as the number of squares on the left side of the name.
- Of course, the above passes quickly so isn't that reliable of a method. As a general rule, you can expect that:
- Anything that uses an element other than Force likely costs at least 1 EX
- Anything that does multi-targetting likely costs at least 1 EX
- Anything that hits everyone hard probably costs 2 or more EX
- Anything that outright kills someone from full health, or makes you swear "Bullshit! That can't happen!" is likely an Exceed ability.
- Chances are it'll also be very flashy.
- Obviously, there's going to be some exceptions, but for the most part, this can be followed.

- Don't ignore Field Effects either. Bosses don't, and the Field Effects they use generally stack things in their favor. It's not just about dealing as much damage as quickly as you can. A lot of times, it's also about controlling the situation.
- Modes, Field Effects, and Boost ailments all stack. If you're creative, you may be able to create a situation where you can pretty much negate everything the boss throws at you, while tossing out Exceed abilities every turn. Bosses won't stand a chance.

MAP SAVE FREEZE: If you're changing things in this game in the editor and your save file freezes on the world map as a result, press F9, go to switch 112 and 113, and turn them both OFF. That should fix it.

Check it out, maybe help me out?
Wandering in Stynx Prison

Charge your laser and fire your laser. (Seriously, that's exactly what happened here.)

Hmm, strange... it really shouldn't be doing anything when you're walking between rooms. Did you extract the full-game into the same location as the demo? Jaymonius did that in his LP, and that caused a bunch of weird things to happen, like mess'ed up text color, outdated graphics, missing arrows, etc..

Actually, Deckiller says he's not continuing his LT, so I think it'd be really awesome if you could take his place :P. Nah kidding, I'd like to see it, but it's up to you if you want to or not.

Well, it's still a 2k3 game, so not gonna lie, there's definitely going to be bugs/glitches that I can't do anything about. I'm trying to get into VX now, but it's being a pain-in-the-ass about not cutting off my database with the bottom of the screen.
Craze

Also, I just did some research. Deckiller isn't continuing, Jay's voice makes me want to punch people and Marzen reads text out loud.

Guess what my next big LT is?
terra0nova 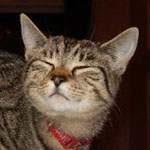 Close
10/11/2010 11:47 PM
Just beat the game (awesome job, by the way), and that bug didn't appear since act four, and going back I am having trouble reproducing it. I did copy the files into the same folder the demo was in, so that could've been the problem. I guess that will just be a phantom bug - perhaps it had something to do with my save file from the demo?

My only other comments on the game is that it moves too quickly and ends too soon :P . So much left unanswered - leaves room for a sequel lol. You know a game is awesome when you don't want it to end - I think I agree with Craze that this is the best 2k3 game out there.
Craze

Enjoyin' the game, now I'm starting to finally get the hang of the Sync's in stuff, and I don't have to rely so much on spamming throwable items... now I got Celia for that now. =D That one Sync that does 10% HP damage, and increasing the AP and EX gauges a lot, I find it useful despite its major drawback. Very good to have on Erin, Dread and Celia. (Not so much her though, but useful to get her EX quickly to mop down the minor enemies.)
Neok

Thanks buddy. Glad you enjoyed it :)

Your videos are throwing me for a loop since they're showing bugs that I know I fixed. I have to keep reminding myself of what you did. >:(
J-Man

i gotta say though, neok:

the puzzles that were included in the second half of the game were kind of frustrating and required way too much trial and error, but maybe that's just me. it just seems like i got stuck way too much and it was really disrupting the flow of the game. but other than that i have no major complaints. likeable characters, good humor, cool DBS, great game.

congrats on finally finishing it :)
Preki

Close
10/12/2010 10:03 AM
Well I downloaded it in Sunday's midnight, shortly after release. And now I'm in 4th phase. This game is a pretty time-eater, but DAMN EXCITING! Now I recall myself how I used to be addicted to original "Alter A.I.L.A." back in January, but Genesis is more addicting!
Mr.Nemo

fun fact though; leon with pulsar and erin with... uhm, anthother mode I don't recall, is completely unbeatable. full heal every second round of combat, ~10k dmg every third.
iloveflash

fun fact though; leon with pulsar and erin with... uhm, anthother mode I don't recall, is completely unbeatable. full heal every second round of combat, ~10k dmg every third.

post=209837
Also, to all those pussies out there playing on "passive" mode and/or "casual" mode, cut it out! AAG in active mode is HARD, CORE. Analyze is your only reprieve.

Yeah, the security wall was pretty easy with the heal-all items :)

Overall, though, the first two phases were pretty well balanced. Violet is overpowered because of her multi-hit abilities, and the fact that stat-ups/modes increase at the same rate.
Mr.Nemo

Close
10/12/2010 05:23 PM
violet? really? I thought she was pretty terrible. but i agree, since you get pulsar in the end of the second phase. that's when it starts getting too easy :)
terra0nova

Close
10/12/2010 05:25 PM
Multi-hit abilities + G.U.A.R.D.I.A.N = win. 1100 per hit, regardless of anything - even works on bosses when "invincible." And yea, Erin + vice, or so many other combinations of modes and AP or EX boosters allow her to heal every other round, which is pretty overpowered. I tried using pulsar and an ex boost gear on Erin, giving her 4 ex every turn she used an ability on the hopes that she could heal EVERY turn instead of every other, but unfortunately it adds the ex before it takes ex away for the ability, so it caps out at 5 and then four is taken away, bringing her ex down to 1, and then the one from the ex boost gives her 2 ex instead of four. So that still didn't allow a heal EVERY turn. But that did allow for second aid every other turn.
Clyve