Demon's Revenge is an RPG set in a Sci-Fi fantasy world. You begin your journey on the planet Hasphal where prejudice seems to have torn the world apart since the beginning of time. Humans have proclaimed jehts, the native beings of Hasphal, disfigured, dangerous and unworthy of living on the same planet. They believed them to be monstrous creatures from Remerin (A hellish place). They decreed them to be demons and hunted them down in honor of their Gods. Join Sen as she finds herself thrust into the middle of conflict, discovering the mysteries about herself and the true history of Hasphal and its inhabitants. Everything is not what it appears to be as religion and life itself unfolds in this exciting adventure. Fight epic battles, turn based, fully animated system with environmental interaction. Explore our world and discover secret areas and puzzles. Experience the motion comic cut scenes that set the pace for this epic adventure.

In a deep dark corner of the universe, there's a small galaxy consisting of very few planets. Most notable are three planets, which sit in the middle of the solar system. In the middle of these three planets lies a small planet named Hasphal. Above Hasphal is a large robust planet called Dagmedok. Legend says a powerful race of supernatural beings with vast technology exists there to watch over the planet of Hasphal. Just below Dagmedok is a planet closest to the sun... A dark eerie looking planet called Remerin, where the hasphalians say the land is filled with flames.

Around the planet of Dagmedok is a moon the same size of Hasphal called Fliridian. On this moon lived a species of humanoid beings called kelt. The kelt use modern technology and have enjoyed peace and prosperity throughout their existence. But peace and prosperity comes with a price.

The moon eventually became over populated. With its thriving economy, and almost non-existant poverty, there were less deaths and more births than the moon could hold. The leader of this moon, Latrell Flamous, ordered an experiment to send some of his people to Dagmedok, but whenever they sent ships to explore it, their ships would mysteriously disappear. They found what to them looked like an under developed planet, Hasphal. He sent ships there to find that it was not populated.

He wanted the people to start off fresh. With the willing few he had, he sent them to inhabit the planet of Hasphal. So the same problem of Fliridian won't fall upon Hasphal, he sent them without the perks and technology of Fliridian so the population can be maintained. He felt it was better than just exterminating his own people, but again, with every good, there is a bad.

Unknown to anyone who scouted the planet before, there were creatures called jehts. The jehts went into hiding underground until the Fliridians would eventually leave... But they didn't. Instead, they evolved their race, changing into humans. When the jehts finally decided they wanted to reclaim their surface, the humans refused to let them. In fact, the humans were repulsed by their disfigured features and named them as if they were creatures from Remerin, demons. Until this day, jehts are still fighting for what is rightfully theirs...

Sen is a rough young woman, not really too smart, but very sarcastic. She has been through a lot during her life. As a child, for years, all she can remember was being in a chamber having needles stuck in her, striking painful sensations, and blurred visions of a woman. It finally ended one day when she woke up in a nice house at the age of 6. She had a brother, and parents, a nice bed to sleep in, she was enrolled in a school, and had a good friend. Was it all just a crazy nightmare?

This somewhat good life went on for a long time until one day, at the age of 14, on her way to the park from school, she was kidnapped. Again, these terrible feelings, the same blurred visions.... It wasn't a nightmare. After a few days of torture, she was thrown on the side of her house where her brother found her. But she was different... Cold.... Not the same Sen he grew up with. He asked her questions, "where were you?" "what's going on?" "what happened to your eyes?" All she could say was "leave me alone." He noticed her voice wasn't the same. He backed off, but he cared too much to just sit by and watch his sister go through this hard time alone. He made the terrible mistake of trying to comfort her. He touched her shoulder and she turned around to face him. Her eyes, golden.

When she comes to, she sees her brother lying in a pool of water. Pale as if he'd drowned. Had she done this? She heard her mom rushing to the room and climbed out of the window. She knew they would blame her. "That DEMON!" she hears her mom say in agony as she's running into the woods.

For years all she could do was run, kill, and hide. She ends up finding a shack in a relatively quiet area. Nobody could find her there. She makes a home for herself and lives there.

A couple of years later, it appears as if the ridders have found her. She begins getting knocks on the door, death threats, and battles. This goes on until the present. She is now 23 years old. She finally gets sick of it. Losing all hope and grip on humanity, she vows to become the monster everyone wants her to be.... Until one day an unprepared demon ridder named Jagen sees more in her heart than she thought she had left.

Hey everyone, we have been pretty quiet over the last couple of weeks mostly because we are working towards a predetermined goal. We have been hammering at our demo for the last couple of weeks due to a stream that made us work twice as hard on our game due to some of the missteps that we saw within in it. The good thing is that we have a pretty good demo and we are going to distribute it to our backer beta testers soon. 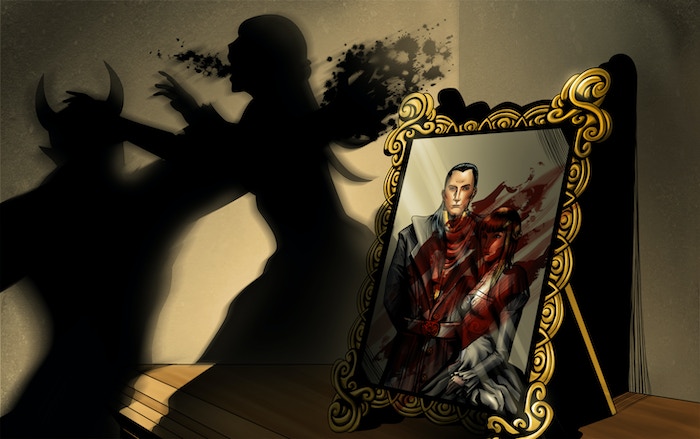 We have had some pretty solid work done by Ricky over that time. He has been working on some of the character intros as well as the world map and hopefully we'll see the complete versions soon. He has already done an excellent job as always 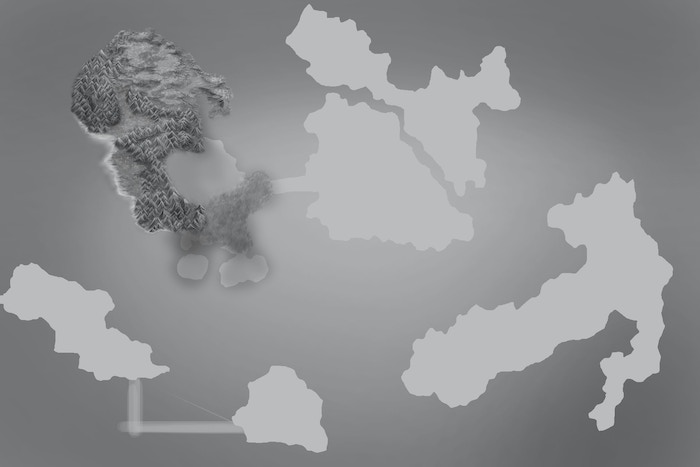 We have just a few more things to implement and test with our battle system, although it is almost ready to distribute and test for our backers we still have much more that we need to do as far as visuals and bug fixes.

We are pretty excited about the combos and the combo finishers. They add some real variety and excitement in the battle system, enough to hold your attention. As you go further into the game you will be able to unlock, upgrade and perform more combos to help keep you engaged and having fun throughout your gameplay.

Interactive objects are something that is in the game but we have yet to implement it. This is something else that will add a little more depth and variety in our system. As we have been playing our current build we realize that this could be used to make boss battles a little more strategic and add some variety in the ways you can defeat your enemies.


- Thanks again, Tyrell and Whitney White

More like "wolf is about to take a huge bite!"

A couple of enemy ridders in motion.

Also that is one bad ass looking logo, that alone almost made me donate.
Yin
282

Close
05/19/2014 04:46 AM
Awesome! We are working on the finishing touches of the demo and it should be out later today.
polarcactus

Close
05/19/2014 01:29 PM
This looks very rad! My only complain is that sometimes the sprites' movements and interaction with the field (outside battle) is kinda awkward because the gridness screams too much yet the sprites are proportional and stuff -- I suppose breaking the grid with diagonal walls, for example, would help it :3c
And, of course, pixelmovement xD

EDIT: That mostly happens indoors, though. And it's only a minor complaint.

Close
05/19/2014 10:57 PM
Just finished watching the tech demo. I have seen there is a LOT of work done at giving personality to the environment. I'm waiting to see the rest of the game, but as far as I've seen at those images, it looks pretty great too.

So there it goes, sub.

PD.: I bet that Jagen can't win against Guybrush Threepwood at holding breath underwater. Unless Jagen has no restraint because of gameplay/plot.
ahmed_great2005

Never mind, I see what the error was. It was the barrel above the item that has the wrong code it it. I will fix that and reupload it.

Thanks for the bug report.
Yin
282

Close
06/02/2014 10:47 PM
The dl has been updated on the main site which I believe is linked from here so I don't think I have to change the link here since it points to that. I'll check it to make sure. Note that the old version was about 200+mb and the new one should be 160 something mb.

Yeah the one that's located here is the updated version!
shayoko

Close
06/04/2014 12:39 PM
played 5 minutes so far,amazing game
the city looks beautiful,the voice acting is good and does not feel awkward so far
the storys interesting
tho i was expecting/hoping to play the "bad" guys
lately ive been wanting to play the reverse role in a game ya know
the murderer,ghost,demon
what have you and while you still do alot of those things playing as the human/ "good" people it doesn't feel the same :(
those wishes aside
currently my real dislike is the setup for the game
i like to install games in my own area but it doesn't give you a choice sadly :(
not only for quicker access but ive noticed sometimes running uninstall does not delete everything like its supposed to for some programs.

-issue with saving,you can access the save screen from the menu but it doesn't work unless you go to a save location.
further after trying to use the same save location a second time it erased the same i had and i cant save anymore.

-stuck at start,i recruited 2 people like it said but i cant leave. what do you have to do?(i know your supposed to go west but he says something about not disobeying orders which i followed)
^after messing around i found the game was flawed,the leader told you to bring 2 people yet you cant leave until you picked at least 3.

//thoughts
im glad some characters,under stand equality and arent some mindless fools that just assumes all demons are evil when humans are the same.

My 6P no commentary playthru enjoy : D
https://www.youtube.com/watch?v=0N94ar2MJUc&list=PLGCpyYpB7kBFkyaqk8ieceAPlJWpO54Dw&index=84
^YT links no longer work here?(empty white box when i try)
sorry for delay on that,uploading was terrible and i had to check to see if anything was horribly wrong with the quality.
Pages: first 12 next last