As Great as the Universe

WARNING: If you haven't played The Reconstruction yet, do not read further! This game, and therefore this review, contain massive spoilers for The Reconstruction, which is the first game in the series. And believe me: You do not want to be spoiled!.
Seriously, please play the original Reconstruction first, then, and only then, come back for I Miss the Sunrise, okay?


I Miss the Sunrise by Deltree is a not-so-typical sci-fi strategy RPG created with RPG Maker VX. It is set in a distant future where humans, cyborgs ("augmented humans") and the alien species of lizard-people called "lacertians" live in space together - only, an intergalactic catastrophe known as "The Shine" has just recently wrecked a seemingly perfect society. Taking the role of the main character "Ouranos", whose first name and defining traits can be chosen by the player, you will have to find your way in an strange world where nothing can be taken for granted.
After being pulled out of a stasis tank and waking up on the spaceship "Inquiry", the protagonist has little time to adjust to his new surroundings, as he is promptly assigned command over a small fleet of spacecraft and tasked to help the Inquiry project "rebuild the universe". And for a good reason: Ouranos' brain has the unique ability to percieve and calculate things extremely fast - which may prove to be both a blessing and a curse. As you travel the universe completing missions, battling starships and exploring solar systems, you learn more about yourself and your allies, the otherness of the game's world and the whole extent of its conflicts and complexities. How far back must we stand...?


The Good (Positive qualities that justify an increase of score):
- I Miss the Sunrise takes place in an extremely well-thought-out and fascinating world where great technological progress merges with unexpectedly strong elements of dystopia, which emphasizes the paradoxical nature of some of the characters' efforts and even translates into gamplay mechanics. The story is told with a lot of attention to detail and is incredibly complex, but not as confusing as in The Reconstruction. Speaking of which, in I Miss the Sunrise the player will find out about the backstory of that game's events, especially Tezkhra's involvement with the PLSE project.
Also, there is a strong focus on problems of science, identity and philosophical questions, which are treated with great care and not superficial in any way. Many things that must seem very weird to you as the player are considered perfectly normal in the world of I Miss the Sunrise, and vice versa: With the invention of the +ii emitters, immortality has become commonplace, while in pre-Shine society emotions had almost completely vanished and are being rediscovered just now. At the same time, the personal life and thoughts of the characters who have to cope with the changes the Shine brought are an essential aspect of the game. As you are progressing the story and unraveling its secrets you will quickly find yourself completely immersed into this world and start caring about it and its inhabitants.
- The many characters you meet and, in some cases, recruit for your team are often very memorable, distinct and interesting personalities. The player's connection with them is greatly enhanced by the meaningful social interactions that allow your protagonist to react to your allies' dialogue and gain their trust. With a total of sixteen playable characters, there is a lot of room for conversation and tactical experimentation. 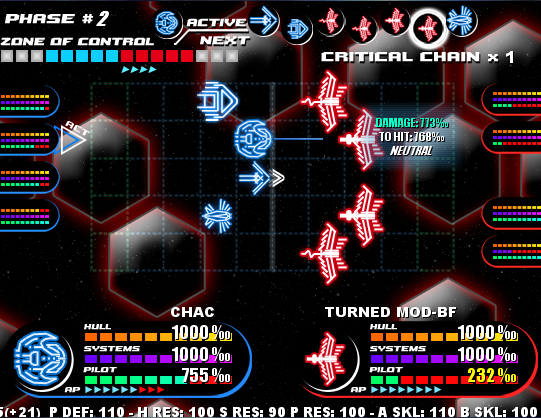 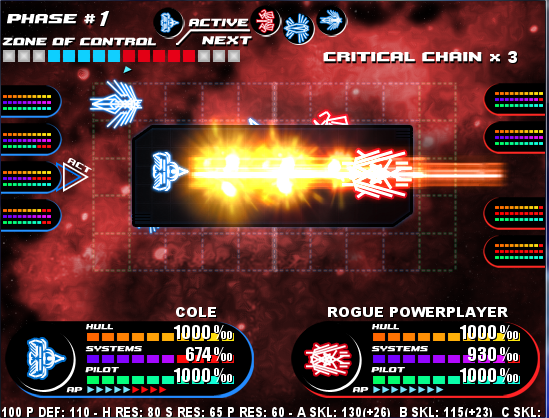 
- Among the greatest strengths of I Miss the Sunrise (apart from its name, which is awesome itself) are its battle system and strategy-focused gameplay. The best things from The Reconstruction were preserved, but all of that game's flaws were ironed out. Combat is very fast-paced but requires strategic thinking and is simply lots of fun.
Once again, the renowned triple health system (this time with Hull, Systems and Pilot ratings instead of Body, Mind and Soul) plays a decisive role. All spacecraft can be equipped with different weapons that function as "skills" and deal a certain type of damage, but also consume health when used. The player's goal is to find and exploit his enemies' defensive weaknesses while covering his own. Despite being complicated in principle, the battle mechanics are much more intuitive and easier to understand than in The Reconstruction, especially since many of its characteristics should feel somewhat familiar. Battle difficulty is also customizable and can be adjusted at any time, and there are loads of achievements ("Merits") waiting to be collected. Still, fighting is not the universal answer to everything as it can take up precious "CP", which are needed for space exploration, and since battles only grant you money and items but no experience, level grinding in the traditional sense is not possible.
- All music and (nearly?) all graphics used in this game are custom made, and they work extremely well. The graphics fit the setting and strongly enhance the game's mood - especially the futuristic style displayed during battles and space exploration will blow your mind. The same goes for the music, which can have very powerful effects on the player.
- An integral part of the game is the extensive weapon crafting system which allows you to create unique weapons that exactly fit your strategic needs - that is, provided you can find the required components, which aren't easily available since the Shine destroyed most of them.
- While the basics elements of the gameplay - talking with allies, traversing space and fighting hostile spacecraft - stay the same throughout the game, it still never becomes boring or repetitive. The gameplay keeps reinventing itself, presenting an enormous variety of twists, tricky situations and new challenges, so that the concept is never exhausted. In addition, with random splice exploration the player has access to a literally infinite amount of side content. (The game also features a secret alternative ending, and believe me, it's going to make you hate yourself.) 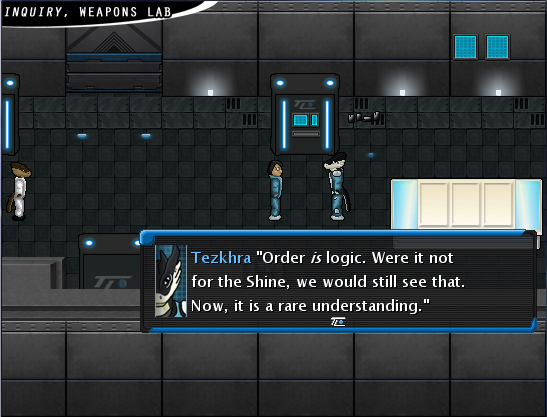 So spoke the Tezkhra. So speak the children.

The Bad (Minor issues and nuisances that usually only decrease the score if they come in large numbers):
- I Miss the Sunrise is almost completely bug-free, but there are a very small amount of graphical errors with tilesets or sprites, some events that are triggered in a slightly weird way and a few rare bugs in enemy behaviour. This is the exception, though.
- Added effects on the weapons of the player's crew seem to (almost) never trigger. I'm not sure whether this is a result of slightly unbalanced numbers or just bad luck on my side.
- Running around the "Inquiry" to talk to crew members can become a bit tiresome after you've done it so many times already - but the character dialogue is usually more than worth it.
- After a "level up" (Rank bonus), you can only see a limited amount of the character's stats, which can make choosing an appropriate upgrade reward somewhat of a hit or miss-guess.
- There are a few very small inconsistencies with the ending of The Reconstruction, although they are practically negligible. 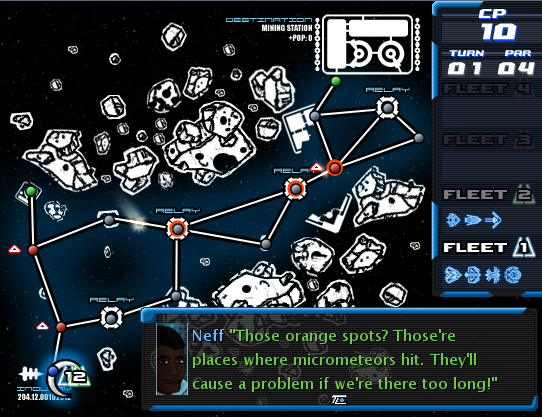 It's dangerous to travel through space alone.


The Ugly (Major problems or very frustrating aspects that lead to a decrease of score):
None. It is very well possible that a game like I Miss the Sunrise might just not be your thing, considering its genre, complexity and large storytelling elements. But I personally did not find one single aspect that really deserves much criticism.


Conclusion:
I'm usually not too fond of science-fiction as a genre, but I Miss the Sunrise positively surprised me. Not only does it continue the Reconstruction saga in a formidable way, it also refuses to tell another cookie-cutter star-travelling story and proves to be exceptional in countless ways. It is an experience that leaves a very strong impression on its player, and I found it to be one of the best RPG Maker games I have played so far.
So, is the title I chose for this review somewhat exaggerated? It certainly is - but not by much.

Close
07/06/2014 07:59 PM
Fantastic review! (And I'm not just saying that because it's my first fiver!) Thanks once again for taking the time.
NeverSilent