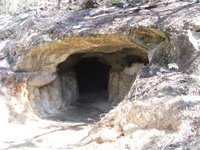 Thanks for reading, and don't be a stranger. See ya around!

author=mellytan
It's probably not going to be great, though, since b) it's basically a novel about anime JRPG people doing anime JRPG things

the answer is NO
Dyhalto

Close
08/28/2014 12:52 AM
Nothing short of magically making a completed Oathguard full of original resourcess and non-jRPG things descend from the clouds into my hard drive will satisfy me, so w/e. It's nice to see that you have direction now.
PentagonBuddy

Close
09/01/2014 10:05 AM
I encourage all skill building! Good luck with art and writing and everything in-between! Here are some links from a bunch of useful stuff I have lying around, I kinda focused on character design since idk where you are at in skill level or what you're focusing on... but presumably you will be drawing characters at some point.

some great stuff on character design!

yes this is helpful, would recommend

Really, study from others!

This is such a rock solid approach to costume design

these are also some good words on costume design

This is a bit more on the technical side

A great thing about line of action and posing

some talk about programs you might wanna try, find what works for you

I mean alright I got a potload of stuff just kind of scattered around the "art ref" tag on my blog, if you still follow that (I UNDERSTAND IF NOT...plus I prefer to keep it under wraps anyways) and feel like maybe looking up useful...art stuff...

And feel free to hit me up anytime! I'll gladly look at stuff you've done, or provide whatever bits of help I can.
Pages: 1