I'll admit upfront that I'm only covering this demo because it's on the bounty list. 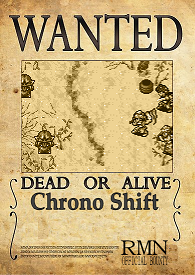 After all, I'm a sucker for an achievement every now and again, but that aside this game's demo is from a much earlier build of the game that was being developed in RPG Maker 2003 while the most recent build of the game was being done in RPG Maker XP on the grounds that it would allow the team to build a better game. Or at least they thought it would let them make a superior game. In my opinion it was pretty foolish of them to scrap all of their progress in favor of starting from square one again. Especially when they were about halfway done with the 2003 build of this game.

Honestly, I really don't have that much to say about the plot line of the demo. After all, it really only focuses on Norstein trying to get revenge on some terrorists for murdering his brother. Though, I'm of the opinion that his brother is probably still alive. After all, it's not like the headmaster managed to find his dead body in the rubble that was left in the aftermath of the attack on the school.

On the combat side of things at least the game appears to feature your standard active-time battle system found in RPG Maker 2003 with a few minor tweaks to the order in which your commands appear as well as magic/skills being changed to aura. And while the base system itself is fairly familiar I find myself getting regularly annoyed about how characters with magic are set to draw on their magical abilities by default. Though that's probably because the demo only covers a handful of battles. As a result, you'll probably be spamming your basic attack option far more then you'll be slinging spells.

Of course, another annoying aspect about the demo is that it's possible to get stuck in an infinite loop with the final boss. This is because the game automatically assumes that if you lose to the boss that it was a result of you being heavily injured rather then the player stumbling across the right path to the boss on their first try. As a result you'll be constantly forced to engage the boss over and over again while being unable to actually kill it. In fact, the only way to escape from this hell is to forcefully shut down the game.

Notice that the bosses most powerful attack inflicts more damage then my most powerful's characters maximum HP.

Sadly, I haven't played the original "Chrono Trigger" or even it's sequel "Chrono Cross". So, I don't know if the game really captures the look/feel of those games, but I can tell you that the game definitely features sprites that are either custom or ripped from a game that I'm not familiar with. After all, it was pretty common practice back in the day to rip sprites from old SNES games like "Breath of Fire II".

In a way it may have been a good thing if MrBekkler and his/her team decided to start over from scratch. After all, the demo for the RPG Maker 2003 build of the game is just chop full of bugs. So much so, that I can easily dedicate an entire section to this aspect of the demo. For starters we have some objects that aren't properly defined on the map. As a result there are a few objects you can simply walk right through in this game that should be impassable.

Of course the first bug you'll probably run across in this game will probably be born out of deficiencies with the caterpillar system. Which is to say that the characters following the lead are readily able to move into positions that should be inaccessible for various reasons.

And finally there's an odd bug you can trigger as a result of not being able to get a game over in the demo. As a result, it's possible to enter the first battle of the game with your entire party already defeated.

"Chrono Shift" is a game that's probably never going to see release in my opinion. After all, it's been over three years since the lead or a member of his/her team has updated their blog about this game. And while I understand that people are afraid that Square Enix might just shut down another fan game after the mess that was "Crimson Echoes". It's also hard to deny that such silence is troubling. Especially when you factor in that the entire team behind this game also canceled another "Chrono Trigger" fan game known as "Chrono Trigger: Prelude to A Dream". With all that being considered I can't recommend trying this demo to anyone.