After weeks of testing the game non-stop, I feel it is ready to put the Redux version out. And I won't say anything about it being the last, lest I curse myself and have to upload another patch to fix some small error/ map/glitch that I may have overlooked. My last 'speedrun' playthrough still came in at around nine and a half hours ( instead of 12.5 hrs ) so the game still has enough meat in its playtime to classify itself as a 'decent length' RM game.

With that said, I only hope I can lay this 3.5 year old toddler to rest and focus on my other baby, Tristian, and hope she won't rouse me from some much needed rest. Because I am EXHAUSTED. Even as I type this, I can feel every joint in my body aching because I wanted to see if I could work to a deadline, which I set for the 15th of this month.

So maybe I should tell you a tell as to how Enelysion came into this world.
This probably will make it my longest blog post yet, so bear with me. =)

Yuney cancels her fangame; Phantasy Star: Beneath a New Light, after 1.5 years of dev, ditches XP and gets VX.

Yuney is browsing through some Fire Emblem artwork of a game she has never played before. It is called Path of Radiance, and she sees a real neat looking outfit of a Lord of whose name is still unknown to her at that point. His name is Ike.

Said artwork that I came across. Ike is also the most over-rated Lord in FE history.

Yuney thinks to herself: "Say, that guy has a cool outfit. Maybe I'll draw it, but not him." Little did she know that little drawing would signal the birth of Laine Alexandra Fisher. XD She sketches in a few more details, writes up a couple of notes on the drawing and leaves it as is.

Starts messing around with stuff in VX after getting the demo of Battle Engine Melody and strings together a couple of maps. yuney doesn't get very far with stuff, but still experiments. At that point, the Tankentai battle system was all the rage for VX games, so yuney decides to jump on the bandwagon. She becomes seriously inspired after playing the demo of Adela Isra ( inspires mapping ) and A Dust Tale ( inspires yuney to use Fire Emblem portraits ), and resolves to make a game. The awesome looking but completely average Valkyrie Stories: Escallion Rising inspires her as well with regards to overall presentation.

This would stick with her well into 2014, where the snazzy-looking menus of Tristian and its in-game help files would be inspired by VS: ER and A Dust Tale.

Yuney continues to develop her gam, doing research on Celtic, Greek/Eastern sounding names/myth and decides to call her game Enelysion. She begins editing Fire Emblem portraits to represent her characters, and at last; Laine, Patrick, Cillian and Siglud are ready to make their first foray onto rpgmakervx.net.

The game becomes popular quickly, and even in its demo state, was still praised
for its visuals and music selection even back then. yuney never did use commercial game music, after all.

Early build of the game.

Enelysion makes its way onto RMN.

The game undergoes several revamps because yuney is not happy with her maps and a bunch of other stuff she can't remember now. Yuney comes across her favourite-ever RM game at this point as well. It is merely called Linus.

How can I forget Clyve's comment when he said that Pat's weapon looked like a stick of broccoli. :D Tankentai, with the Adela Isra inspired HUDs.

Bastard. There was at one point, an FE-art build of the game and an original art build.

iEntry starts causing trouble for vx.net. Many, if not all, the regulars start a mass exodus to the then newly opened RMW. After 630+ replies over at vx.net, Enelysion's topic finally migrates to RMW.

By this point, the game is completely unrecognisable from the early March 2011 build and has racked up some nice reviews over at RMN.

Ronove from Star-Stealing Prince fame offers to do a skill exchange with yuney. I do some interior maps for her and she does the lineart for the new portraits that would soon replace yuney's current ( and horrible ) custom art versions. The FE portraits have long been scrapped. Tankentai is scrapped and yuney starts using the awesome BEM ( Battle Engine Melody ) for Enelysion's base battle system. Laine goes from resembling Lucia from Fire Emblem to Lightning of FFXIII due to a design change. The noblewoman look would go on to be recycled for the titular Lady of the Lion, Tristian.

RMW in yuney's opinion starts becoming a cesspool of poor games and a lack of inspiration. She tries to get feedback for the latest build of the game ( Volume I, which clocks in at just over 6.5 hours ) and becomes frustrated and a tad depressed. The general population become more interested in acquiring 'Likes' and getting lots of profile views, because its probably an indication of how popular you over there.

Feedback for games in general slow to a crawl, an explosion of resource makers come into the fray and RMW in yuney's opinion, becomes more of an art site than a gam dev site like RMN. She slowly starts becoming less and less active, while becoming MORE active at the land of Aremen.

Yuney has sort of hit a valley in gam mak production. She's depressed. She wants to
give up completely. Enelysion's production has but ground to a halt. yuney thinks
of retiring from gam mak altogether. She tries to go a fully custom route for Vol II and tries to make it a separate game but stops.

And then two wonderful reviewers by the name of Addit and nhubi save her. RMN literally saves yuney's gam mak pursuits and for that, she is eternally grateful. Her spark is back. She gets to work on Vol II asap. All she wanted was some feedback, and she got it. Some may have wrongly interpretted it as 'attention-whoring'... yuney is not an attention-grabbing snot, nor does she EVER, EVER plug her gams.

The final ( or not ) version of Vol I AND II is released on RMN. Yuney gets some more valuable feedback from Neok of Alter Aila fame and Red_Nova of RoI fame. She is very happy and thankful for their help and resolves to make a clean, bug free final release.

Yuney announces that a Redux version of the game will be released.

Enelysion hits 250,000 profile views on RMN. yuney is tired from all the testing, but still pushes on. Rpgmakervx.net dies.

Yuney starts finishing up testing the Redux version of Enelysion, which will be slated for release on the 15th of November 2014.

So yeah. A four-year chapter does indeed come to a close soon. I want to thank every single one of you for your support, encouragement and general awesomeness.

And for those of you who are nominating my baby for GOTY 2014 for the Misaos, thank you. It means the world to me. :D If I can get just one Misao, then I will be walking on air.

This is yuney, signing out and off to take a well-deserved rest.

Close
11/14/2014 03:49 PM
Very very nice, yuna. Even though I never really got into Enelysion, I very much respect the hustle it took to get this game to completion. Very cool read.
polarcactus

Seriously though Yuney, if you hadn't done the work I couldn't have written the review, but I am so so glad it and Addit's helped relight the spark.
Addit

Close
11/21/2014 05:20 PM
Aw…I feel so incredibly touched. Makes me think that this whole writing reviews stuff is finally paying off dividends. Although this whole achievement is entirely on you, I’m just glad that nhubi and I, and everybody else that was also involved, could help you in any way possible. :)

This was also an interesting read because prior to 2013 I had never heard much about this game or most of its developmental backstory before then. Although, to be fair, I never visited sites like VX.net or HBGames back then in the day, so that’s probably why I never previously heard of it before.

Also, lol @ the old Cillian and Siglud portraits compared to their current ones now. I mean, LMAO – what the hell has happened to them throughout the years? I’m guessing that axe to the head did more than just change Siglud whole mental personality, as he went from more than beyond dashing to just looking and acting like a plain, ol’ bumbling goofball. And I’m guessing that Siglud’s slow descention into stupidity had slowly finally taken a toll on Cillian both mentally and physically over the years because, lol – just look at him! He was actually smiling and looked quite handsome back then! Oh man, these two clowns just keep getting better and better the more I see and read about them. You really oughta do a side story with just them being the main characters in the future.

Anyways, go and get your well-deserved rest. You deserve it.
Sailerius

Will saves be compatible between the old version and the Redux version?
polarcactus

Close
11/21/2014 07:56 PM
lol, believe me, Addit, Siggy was a hellava lot more boring when I used to use his FE portrait ( you should see his old lines ). Ronove's lineart actually influenced how I wrote those two, otherwise Siggy would have been your typical boring 'knight-in-shining armour who gets the heroine at the end'. XD But I still think Laine looked hotter as her FE self.

Artwork plays a huge role into giving my characters life and personality, and even though those four might seem a bit dull now compared to the cast of Tristy and co., its to be expected. After all, there's a 2.5 year writing gap between the two games.

@Sal: I'm not sure. I changed quite a bit of stuff for the Redux version. It might annoy quite a lot of players, but I figured it would cause me less stress if I removed the old download and the patch.
janussenpre
愛・おぼえていますか
1274

Congratulations friend~ This celebration is certainly worthy of at least 1 cartwheel. :)
Nirwanda 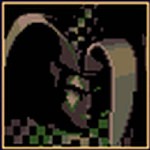 Close
12/03/2014 11:11 AM
And who could forget my AMAZING contributions to this game? :P
Congratulations on getting featured!
BTW...Are you planning to do anything with those beautiful custom tiles you created? It would be a shame to see them go to waste.
polarcactus

Close
12/04/2014 05:43 AM
^ Ahaha, I haven't forgotten about you, Nirwanda. XD I am planning to make a short sci-fi game with my new pixel-based resources I did for the M.O.G graphics event, but that won't see a game page until... late December. Going to let Laine and co. enjoy the spotlight for now before a new game of mine comes along. :D

E: I just realised that both the first ( Touhou Wandering Souls ) and final featured games of 2014 were made in VX. Guess the old engine still has some spark to it, after all.
BurningTyger