Let's go back in time!

Really: it's 201x and we are going to play Enelysion, a classic fantasy game about four characters that will be involved in a great adventure.
But first the introduction! The game begins telling the story of four great heroes of the past that changed the world of Tairngire centuries before our story. The hero Cuchulain with the help of his complanions stopped the violence that was raging in the world and then everything was fine. But seems that after centuries dark times are approaching...
Yes!
And to stress that we see a group of bandits assaulting a carriage, until Laine, our protagonist, steps out to fight them, and the real game begins!
After meeting a mysterious hooded guy and some dark creatures that seems to be really dangerous, Laine will have to explore Tairngire with her friends and discover the truth of her origins... but this is a story that you will learn playing the game, of course! 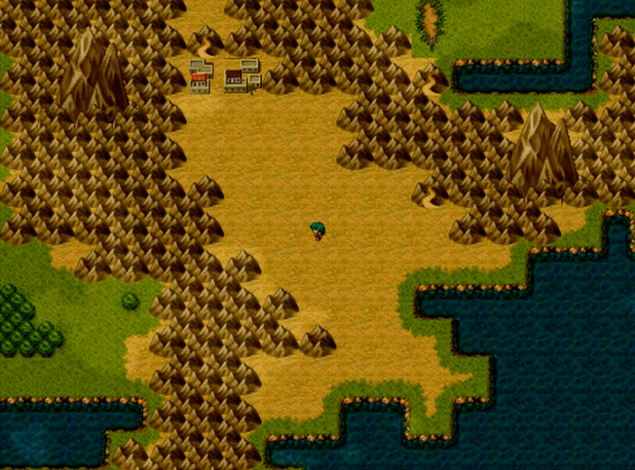 The obligatory trip to the desert town! Luckily in this world there are teleports!

Ok, but now back to the beginning: unsurprisingly the game starts teaching the basic, and one first thing I noticed and I liked is that there are no random encounters. No, all opponents are visibile and there are no surprises. Besides this you can also save anytime from a menu that is very well put together, and I like how this makes the game accessible also to the newcomers to the genre without annoying those players who are veterans of the jrpg games.

Starting with combat, let's say that we have a lot of options for equipment, consumables and there is no shortage of options. Difficulty is also pretty balanced, the four heroes are rather strong and they have many resources they can use during battles. This also means that you have to learn how to use them, so do not expect to have an excessively easier time! Also recovering MP is not so easy so mind that, anyway there are also cool and interesting features like the abilities that are unlocked using the points earned during combat encounters, and trust me, you will have many available!
Anyway combat and exploration are also complemented by puzzles (but do not worry these are not too many)! And do not expect them to be too easy to solve! 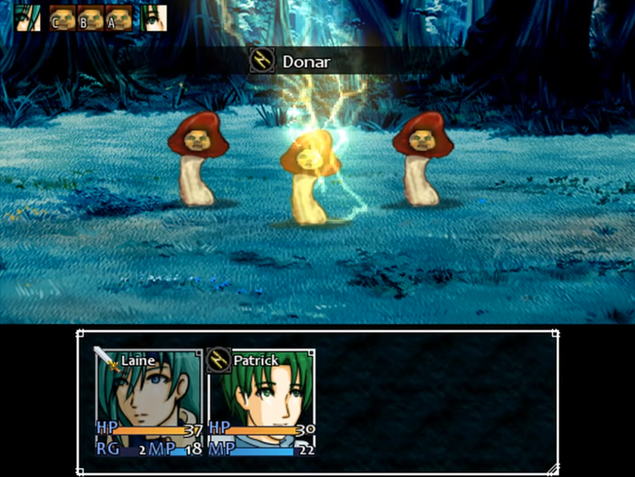 Some monsters are really creepy! Burn them with ̶f̶i̶r̶e̶... well no, lightning, in this case!

From a visual point of view this game is pretty: it uses a mix of original graphics and rtps and the final effect is pretty good. Ok, there are no battlers, cities are less crowded than expected, but I admit that maps are for the most part well made and colorful, and I also liked the use of the lightning! I liked also the look of monsters (there is also a bestiary!) and the cutscenes (ok, these are just drawings and are not animated, but who cares, as long as these are good?), these were perfect! The game is well polished and well done from this point of view, no doubts!
Sounds, music and ambience sounds are also very well chosen and I have to admit that these are the best aspects of the game. Really well done, with great attention.

I admit that this is a game not without flaws, for example you have to be careful before selling items because you may accidentally sell quest items. Ok, you must be dumb to do that but... unfortunately a mistake can happen! Another problem is that there are also some sidequest but they are not tracked, so... good luck! On the other hand there are several custom features like the point-buy system that I mentioned before, and other things I will let you discover by yourself. 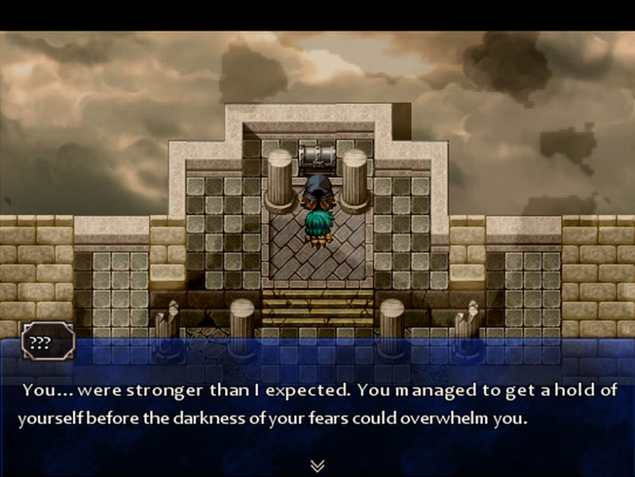 Heh, you are not the first that underestimates me, and you will not be the last!

Final Verdict
Enelysion:Redux is a pretty good game: long and with lots of content, unlocking the 100% of it won't be an easy feat (I did not but I do not mind)! The weakest part of the game is probably that it is classic, almost too classic! There are no minigames, story is not particularly original and I admit I predicted a couple of parts, characters are ok, well there are some funny moments but... it's nothing new or particularly original (so it may bore some players that have playes more varied jrpg games, where for example there is more diversityfor what concerns the activities, more party members, and a more original story).
For the rest we have a very good game, extremely polished and well made: graphics and sounds are excellent, the cutscenes are perfect, and the gameplay is pretty good indeed!

My suggestion? Try it, it's an old classic, made with love! Not perfect, maybe, but pretty good and enjoyable, so give it a try, you may like it!

Hey…it’s been a while since I’ve played this, and I don’t think you mentioned it in your review at all, TheRpgmakerAddict - but did Luchi (it was always be Luchi to me; screw this “polarcactus” nonsense) ever fix that Avinchi boss??? I remember playing and reviewing this game YEARS ago and that boss gave me nightmares, but it seems like you do didn’t have any problems against it. (Maybe I just suck???)

Anyways, it’s nice to see another review for this game pop up and, apparently, from your perspective, it still holds up pretty good. And considering how many games that you’ve reviewed on here thus far, and the fact that you gave it a 4/5, that’s sayin' something!

(Now, if we can only get Luchi back...)
TheRpgmakerAddict

Close
07/05/2021 11:15 PM
Heh maybe I was lucky (the Avinchi is a difficult opponent, but doable) but I was able to finish the game! Anyway yeah, it's a pretty good game even if has some really classic aspects that maybe does not male it stand out (gameplay and story). But it has also some stellar aspects like graphics, mapping and cutscenes, and these are the parts I liked most. It's really stylish.
Pages: 1