I tried this game because many people on its Gamepage mentioned that it's one of the best RPG Maker games they've ever played. I also like post-apocalyptic scenarios, so I gave it a go. The game isn't very long and took me less than 2 hours to complete. It's made with RPG Maker 2003 and the whole game is mainly centered around the story.

The story revolves around Vick who is a member of Crusaders in a post-apocalyptic scenario. This military task force violently clears the region of people who have become mutants through radiation exposure. After Vick's sister falls in love with a mutant, Vick betrays the Crusaders whom he used to be a part of and felt to change sides in order to survive. The main goal of the game is to find and destroy the Burning Grail, which is a mass destruction weapon designed by the Crusaders to destroy all mutant life forever.

Note: The mutants differ from normal humans only by their green skin color and that's the main reason other people consider them inferior. The game thus criticizes the everyday racism that all of us still encounter far too often.

I liked the writing of the characters best. Everybody follows his own interests and each of them has its own personality. Until the end, you can't say for sure who's good and who belongs to the bad guys.

The game plays like a typical adventure game. You don't move your character using directional keys like you would expect it from other RM-Games which are designed for exploring. Instead you press a single directional key to automatically let the character move to the given direction. This is an interesting feature that you don't see quite often in RM-Games. 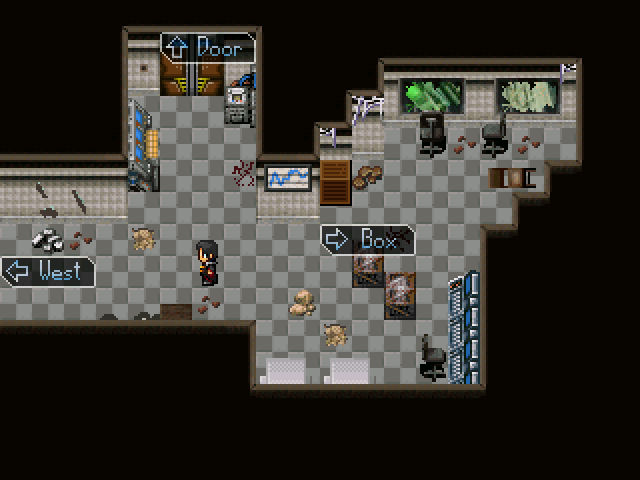 The game mainly uses RPG Maker standard, which has been adapted and changed to fit what the game actually is. Many standard mechanisms have been adapted and changed. For example, the skill menu has been transformed into some kind kind of skill tree with which you can upgrade certain states like Bodybuilding, Resistance, Agility and so on. The MP work as skill points, which are used to upgrade these states to make each character stronger. You get some of these after each battle. A minor issue here is that you have to call up the skill menu again and again after each distribution, which makes upgrading states a bit exhausting.

The combat system works with an ATB bar. Each character only gets his turn when the bar is 100% filled. However, the ATB bar will continue to fill up even if you've made a choice that you haven't yet confirmed. Example: It's possible to select a healing item and wait until all characters have a full ATB bar before actually using the healing item on a single character. This works because enemies cannot attack during this time. 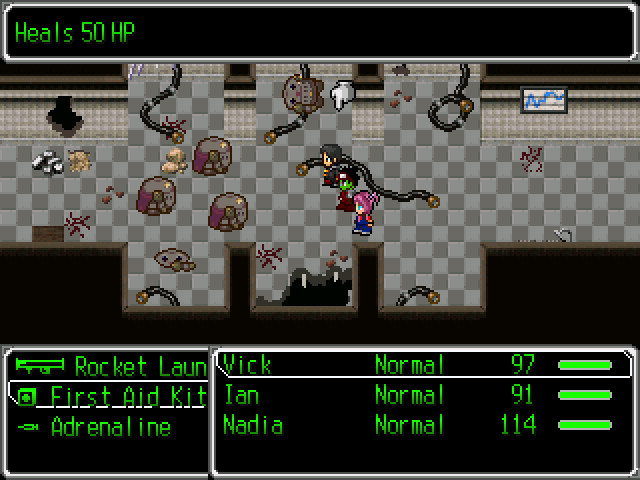 Just keep waiting, bro... ATB will be fine for us all... Soon! Oh, it actually is. Let's proceed!

Overall, the battle system offers little variation. You can use different firearms that consume different amounts of ammunition based on how much damage they will cause. I didn't see that some weapons are more effective against certain enemies than others, so it doesn't really matter which one of them to use. The battle system could be more strategic. For example, some enemies could have an active protection shield that could only be cracked using piercing ammunition.

The game suffers somewhat from the lack of variety in the combat system. However, the thrilling story and the good writing make up for a lot. It kinda feels like an action movie starring Vin Diesel. I had a lot of fun during the game and I can recommend it to anyone who likes end-time scenarios.