Ape Escape 2(k3) was an entry into RMN's fourth birthday four hour event, where you had four consecutive hours to make a game with the theme 'sequels that should never be made, but that we will make anyway.' Now Ape Escape has sequels and had them when this competition was announced, but since the game has very little to do with the franchise other than the name I really don't think that constitutes an issue.

The game doesn't have a great deal of plot, but then neither did the original games so we're on track there. It also continues to foster the misunderstanding that monkeys and apes are the same thing, so that's two points it has going for it. For clarification, amongst other things apes don't have tails, monkeys and the sprites that represent them in this game, do. Still, zoology aside, the basic premise is this; Tim the Time Mage borrowed some monkeys from a professor friend of his for reasons that are not made clear, but somewhere along the way they managed to read his magical scrolls and use the information in them to engineer their escape. Enter Zack to whom Tim gifts a handy monkey catching net. It's Zack's job to go and chase down those errant monkeys and return them. 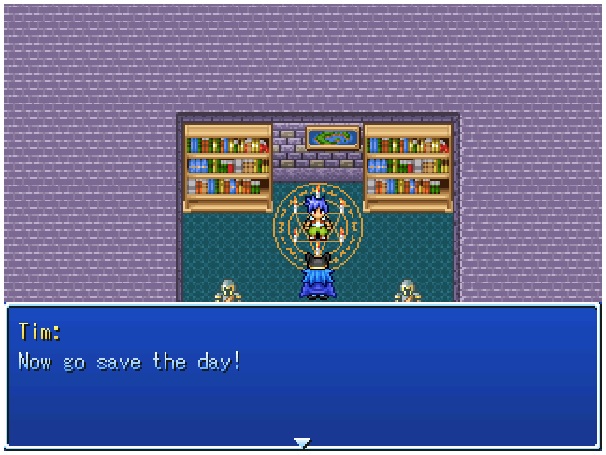 No time to monkey around

There are three levels in the game, showcasing the various environments where the monkeys have taken refuge and each one gets progressively harder to navigate without running afoul of understandably annoyed and aggressive monkeys. They don't want to go back into captivity, and they certainly don't want to be involved in whatever experiment Time Mage Tim had planned. Personally I can't fault them for that one; he seems a bit of an irresponsible jerk. Still you've been tasked with catching them, so catch them you shall, or die trying. You will regardless, die that is, which makes the fact you can't save a little irritating. 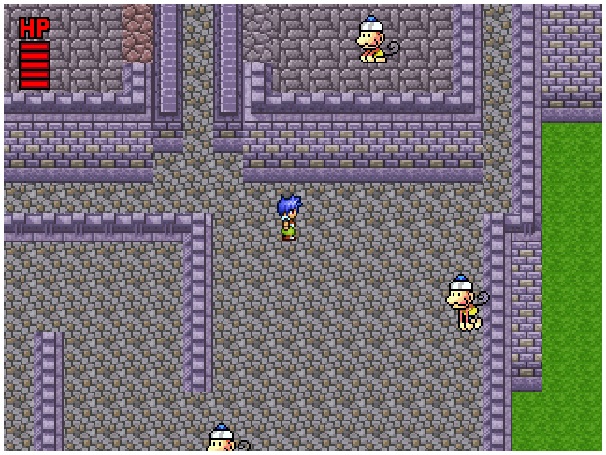 One thing the game definitely has in its favour is the soundtrack, but then since it is ripped directly from the original Ape Escape game that is hardly surprising, but it's still a fun little selection of themes.

Given the process of making it the game it is understandably short, lasting around 10 minutes if you are skilful, or lucky, in your monkey catching prowess. However that isn't to say it isn't challenging or interesting, though frustrating could also be added to that list at times, that jumping monkey on the third level springs to mind. This game is designed as a light distraction, a quick and in some places frantic foray into the world of competitive monkey catching. Don't expect anything epic or involved and you'll enjoy the trip. Also don't expect an epilogue, you don't get one, just the knowledge you caught them all.