You play as Rad, one of the citizens who's home was destroyed by the mysterious assailant, wanting to find answers for the reasons of your lands destruction, you will encounter old friends along with new ones which will help decide the fate of a world you have never stepped foot on: Gaia.

NOTE: If there is any bugs in the game, please provide screenshots so that I may have a easier time to locate said bugs and fix them. Thank you.

Hey peeps, Jaymonius here with minor news saying that hey, there's a new version of Phantasia 3 available, a heavily grammatical update that was HEAVILY required. It translate my early high school days of wording stuff in the game to a more... mature and readable dialect.

It also fixes a lot of mistakes that was in the game as well, HOWEVER, it's not fully finished. It reaches up to the point where the Aerodoria surfaces, and that's about halfway through the game. There's a lot of ground to cover, and I do work on this on and off, but hey, if anyone is curious to play this again, by all means.

Before the Fight with Infernolizer

Battle in a village 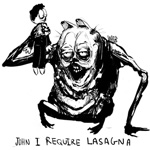 Close
11/03/2007 12:00 AM
Jaymonius, you would happen to link this mysterious game to (KOBRASREALM, because you released it there)? Apparently, if ANYBODY wants to see his KR game:

is the way to go.
Spazzgamer27

(Okay okay the remake is there I'm blind)
J-Man

Close
12/31/2009 08:29 PM
anyone knows how to get across that bridge???I got all the parts then one of the parts mysteriously disappears...and that one is the one close to the bridge...help???
bulmabriefs144

This happened for Befuddle Quest. Sometimes, even if you have the RTP the main files won't really read from it. To be safe, just copy and paste the entire RTP contents over. Also, make sure there are no duped names for files (like Town, when you have a really badass drawing), as doing this pretty well destroys the file through overwriting.
Jear77
0

1) If you get to the point where you're in the temple for celia to face the guardian to become the savior, you can't re-exit it (i know it's designed that way, but the first time I did the temple, she didnt' have enough HP to even defeat any of the monsters by herself). So I had to figure out a way to leave the temple to get her leveled up. What's strange is when you get to the "save" location, and ay "change party members" it warps you to the old man in the town.

2) While I was going around on the ship, when i said "change party members" i ended up in the town (again) i figured, no biggie, I'll just go outside and the town and to the place where the boat was parked previously. I went outside the town, and ended up on the boat, which was landlocked.

3) While leveling up celia, I decided to look around and see what I could see on the rest of the world. I entered a teleportation temple and defeated the enemy, LAter on I was confronted by the enemy we defeated, and then it locked up (I'm thinking the temple shouldn't be accessible at that point)

Close
03/01/2010 07:52 PM
I've played the first two Phantasia titles, and a little bit of this one now. I'm very impressed with how much they improve each game, both in terms of aesthetics and game mechanics. Dialogue is still bad but I'll forgive that since its been out for so long.

I saw the trailer for Phantasia 5 yesterday though, and I swear it looks like one of the best RM games ever to grace the internet! Here's hoping you finish it this year! In the meantime, I still have 3, 4, and the remake to play through :)
benos
My mind is full of fuck.
623

Close
11/21/2010 12:25 AM
I Can't Even Load This Because System2 File Is Empty Phantasia 2 Also Has This Problem And Phantasa 4 Is Missing Most Of The Weapon And Monster Attacks.
J-Man

Close
11/21/2010 08:04 PM
I Downloaded RM2K3 And A New RTP But Now I Have A New Problem I Can't See The Text On Most Games Phantasia Included So I Don't Know If It Fixed The Original Problem
J-Man