Welcome to the second episode of Fragile Hearts.
Will this game be better or worse than the prequel? Well I can't hide the fact that I expected more.
But you probably guessed it, looking at the score, isn't it?
But let's start... 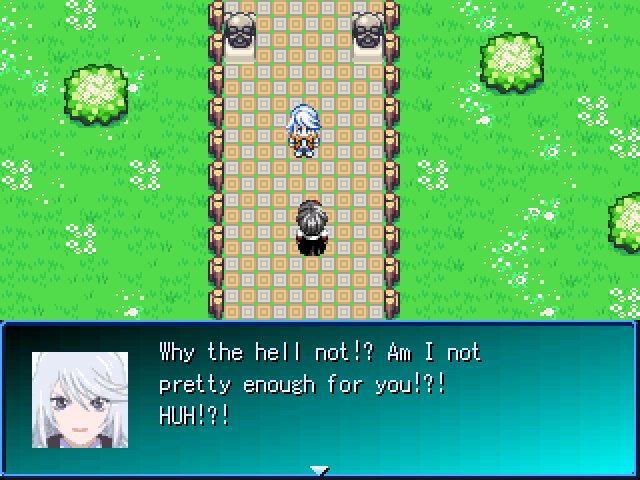 Erm... no no, pretty is pretty, Tobin!
Well, dont worry this game is pretty, in a messy way, like its prequel. It's clearly a parody. I liked the maps, and I liked a lot the fact that they are in some cases the same of the first episode, as we revisit some places and meet old friends. It's an impressive work seeing how things will be different depending on what we choose in the first episode, since you will (probably) continue from an old save (like other famous games such as Dragon Age or Mass Effect). This not only will change the events, but also you will be able to use the heroes of the first episode.

I said heroes... well the protagonists are not really heroes, at all, anyway they are likeable, funny and the story is entertaining. Nothing more or less than the first episode here!
Same goes for music and I liked the selection also this time. Graphics are better too, even if there is some clash of style between some portraits and charsets, but since this is supposed to be a parody game... It's ok, it's expected.

About the gameplay I really liked the fact that now you can move in eight directions, since this lets you avoid random opponents more easily. Anyway they are quite weak so do not worry if you are attacked... combat is easy, maybe easier than in the first chapter: only Fergus was a decent attacker in that game (well also Maddy, if you got the strongest elemental spells), here you will have four party members, and no one is useless.
Well to tell the truth Maddy is the best one, with her summons and her double attack when at full life, also Meera has nice buffing powers and decent attack, Tobin is like Midard, but with less experience (of course!) and with a better attack, Bazur... oh well, Bazur, you are clearly a bit useless! 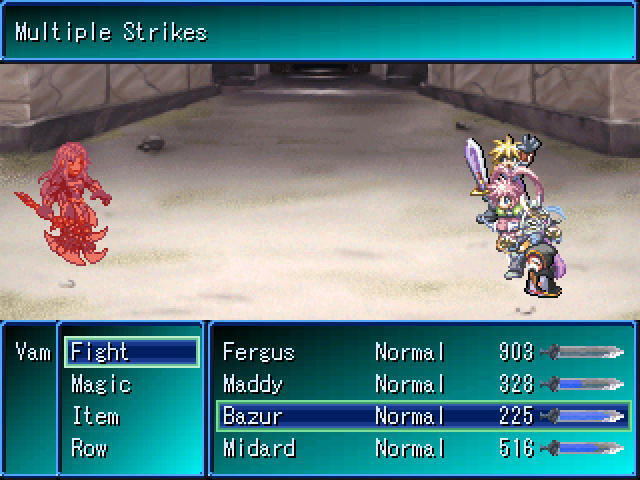 Was I speaking about combat? Of course I was! Combat is the usually side view battle with the nice battlers from the Tales serie. Better than before, as you also have more characters to choose from, with differents skills and abilities, no reason to change, but we have more to chose from.

And, luckily, this time there are no annoying "one-shot savepoints"!.

Unfortunately not everything is so good, so let's start with the BAD!

First thing, the game is short, shorter than the first, at least it was my impression. Sutely there is less of everything: less quests, less items, less maps, less weapons and armors. And it's a pity, really.
Then there are some annoying parts like the mazes and a terribly long final combat: no, I was not underlevelled, it's just that the final boss has a ton of hitpoints, it's not even that difficult since you will surely have lots of consumables, but man, it took too much time!

Then there are also some bugs, of example I found the escape prison part to be a bit glitchy and messy, if you do not do exactly the actions you are supposed to do.
There are invisible enemies and some sprites are glitchy, but nothing game breaking... except maybe that prison part, anyway I am still not sure, as I was able to complete it and I reloaded "just in case"!

Last thing, the plot is a bit... confused. It's about angels, demons and an anti-magic army, but everything is a bit rushed and not fully developed like the tale of the Dark Overlord in the first game. Pity, because I really liked the new cast. 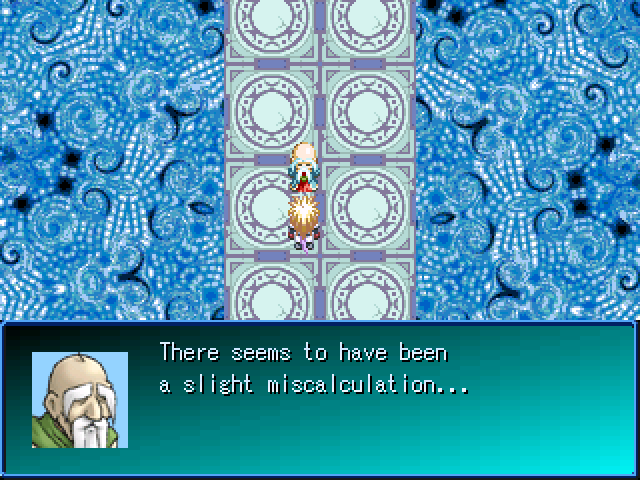 The Conclusion
Fragile Hearts 2, Shattered Dreams or FH2SD isn't a bad game: it surely has some flaws, but at the same time it improves many aspects of the previous game. Also, the differences that modify the story depending on the previous choices is a welcomed addition, never seen before in other games. But, aside for this, what we have is a casual little game, really short, not exceptional, and not terrible either, that parodies the genre quite well. So if you like this kind of things and you have some time to waste, play it. If you liked the first you will surely like this one, if not, well, avoid it then!

Thanks so much for your feedback! It's still a dream of mine to revisit these and improve them taking all the suggestions I've received over the years and finally completing the trilogy. Unfortunately, Crime Opera has taken over all my free time, and it will still be a while yet before I'm able to come back to these. I do still have hope, however!
TheRpgmakerAddict

author=sbester
Thanks so much for your feedback! It's still a dream of mine to revisit these and improve them taking all the suggestions I've received over the years and finally completing the trilogy. Unfortunately, Crime Opera has taken over all my free time, and it will still be a while yet before I'm able to come back to these. I do still have hope, however!

Dooooon't worry! Crime Opera seems good, by the way I love playing all these little fun games, I've to try your Slew of Oldies someday too! Unfortunately many of the best series were left incomplete, but I was lucky to discover them, even if only nowadays...
Pages: 1