Transition was made for the 2011 RMN Summer Games event with the goal of making a game in a month with the theme of surrealism, defined as movement that attempts to express the workings of the subconscious and is characterised by fantastic imagery and incongruous juxtaposition of subject matter. On that front if not any other Transition met its criteria. It is indeed surreal. It tells the story of a young unnamed boy who inexplicably finds himself in an unknown landscape with no knowledge of how he arrived there. This is not your classic amnesiac hero trope, he knows who he is it's simply the method by which he has arrived on the doorstep of a strange small house that is unknown to him. The misshapen and grotesque creatures that seem to inhabit the muted landscape offer no help or solace so with little to go on he ventures inside the greyscale building in search of answers.

Almost everything in this world is dappled in grey, and it adds a slightly unreal feeling to the game, though the picture overlays can be a bit too heavy at times to the point that visibility becomes an issue. However in the larger picture there are no flowers or wildlife to add bright splashes of colour, what life there is other than the boy is muted and drab. You can see the variations in the shades of grey where colour should be and your eye can almost trick you into believing it is there, but there are almost no examples of anything that breaks up the bleak palette in which this game is drawn. Unfortunately those moments where items of colour are prominent are almost universally designed to kill you. 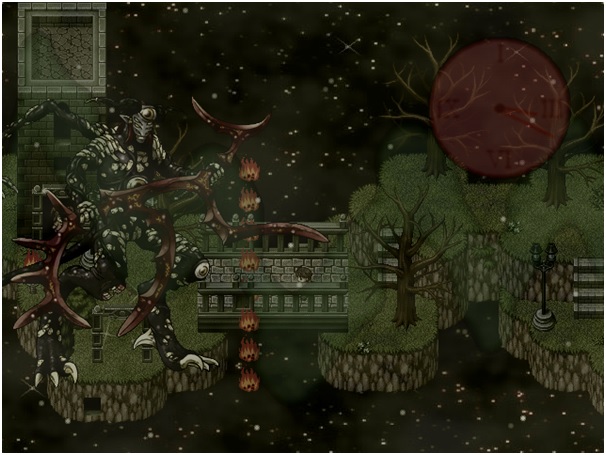 Does the term overkill mean anything to you?

So after a bizarre discussion with a stoic warden and a quick bit of fire fighting you move on through the landscape. It is obvious that English is not the primary language of the developer and there are times in the game where you need to take a moment to decipher just what it is that is being said, but in an odd way that ties into the surreal theme of the game, though I know it isn't intentional. That moment of realising that what was actually said isn't what was meant dislocates you a little and that is something the remainder of the game is also trying, and in some instances succeeding, to achieve. Still a few minutes in the company of a native English speaker would have done wonders for the flow of the narrative.

Once you get beyond a certain point in the game, and I'm not going to highlight the moments in-between as they give both subtle and substantial clues as to the underlying story, you run across the challenge that repeats itself on a number of occasions which is dodging a series of moving flames. It's something that would be considered a mini-game in most games but in this one is tied heavily into the overall plot. You find yourself in situations where you are surrounded, chased or blocked by these animate fires and must avoid being touched by one as if you do its game over. Luckily each of the static flames glow before they attempt to move and kill you so you do have some warning, but there is very little chance you will make it through these encounters without dying a few times, so make use of the strategically placed save crystals whenever you see them. The high rate of death, and indeed the entire use of instadeaths can be frustrating, but after a few attempts you'll see the movement patterns of the flames and will find avoiding their deadly touch a bit easier. Not easy, just less difficult. 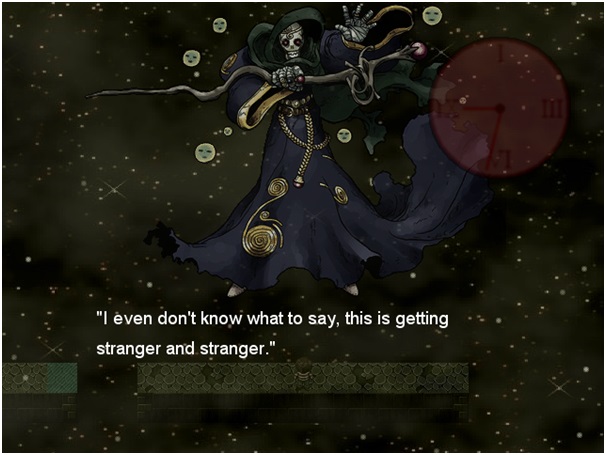 I'm with you there.

The game relies on a very old and generally world weary trope, but it manages to turn it on its head. You sense from the moment you start the game that something is amiss, that even though the world in which you find yourself has a sense of logic it is not one you would apply to the real world, so the realisation of exactly where you are and what has been happening whilst you are living through the experience of the game could have been quite trite but instead was made interesting. I do appreciate the work the developer has gone to to subvert that particular cliché even slightly as it is not one of which I have ever been enamoured.

However it does have a huge logic flaw in it, which is rather disappointing. It could have been solved by simply having the parents not be able to reach the child and having to interact with him from a distance. Since the entire premise of the game is based on the information supplied in the dénouement the fact that there is no logical reason for that situation to have existed (in a world where logic does apply) in the first place does detract quite heavily from the overall impact of the game, though you can't fault it consistent symbolism.

In the end I think this game hit the surreal nail on the head, and produced an interesting if very frustrating game. If you don't mind a plot hole you could drive a lorry through, have nimble fingers and are fine with learning through aversive stimuli then give this game a go, just don't expect a lot of logic, in any of its realms.

Close
08/09/2015 10:35 AM
Thanks for your review, nhubi.
I'm pretty surprised (not really in a good way to be honest) that the game is still played and also been commented on. It just could hold people off playing my latest game.
But still very interesting to read a review about it.^^
I should have considered to "hide" my English weakness with that "the language is part of the surrealism" explanation. :D

Anyway, please don't judge my skills based on that little game.
Perhaps you are also (however) interested in "Re & Apophis"? ;)

Edit: After all this years, I realize that the red clock is not correct at all... but the reason of course is the surrealism. xD
nhubi